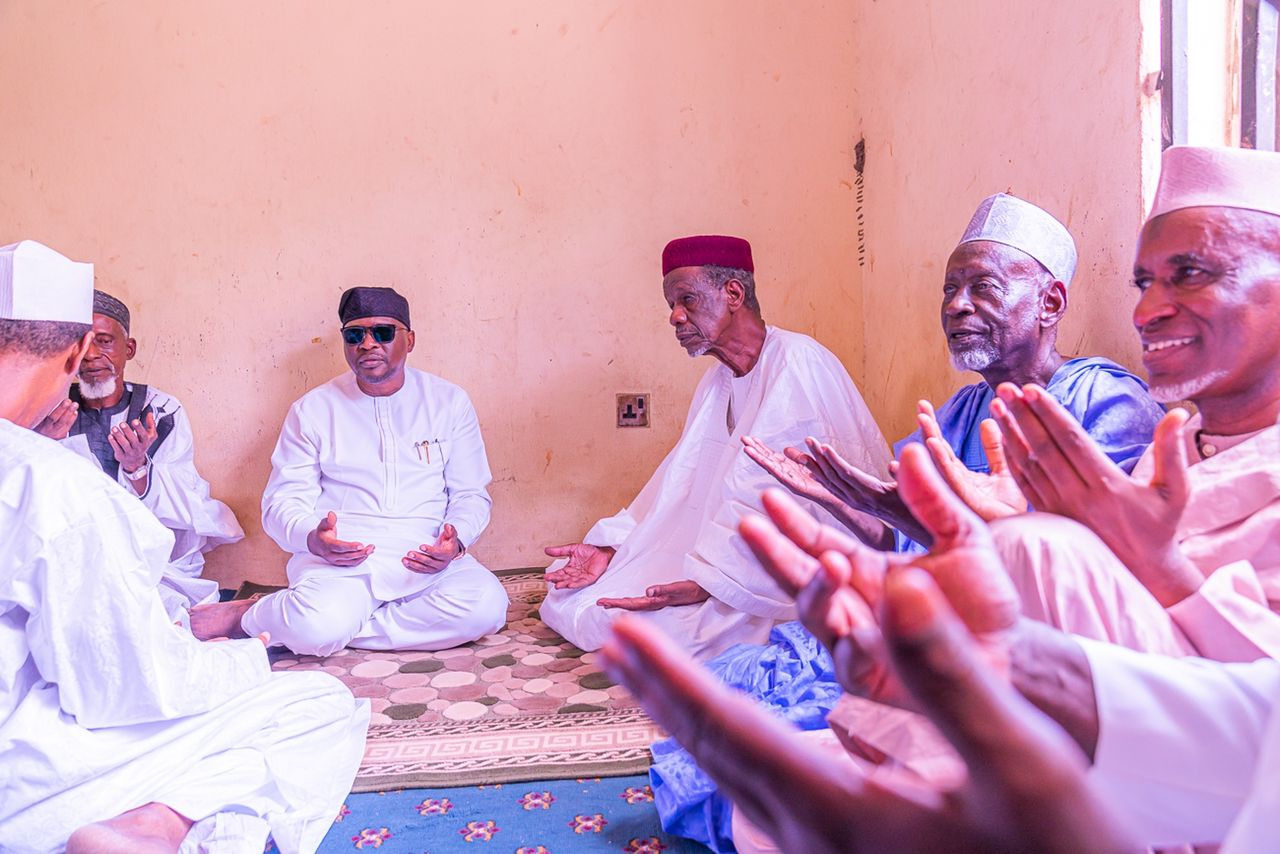 Governor Ahmadu Umaru Fintiri of Adamawa State has commiserated with the Ribadu family and people of Yola South over the passing of Hajja Fadimatu Ahmadu Ribadu.

Fadimatu who died at the age of 77 was an elder sister to the former chairman of the Economic and Financial Crimes Commission EFCC, Malam Nuhu Ribadu.

The Governor who was at the family compound of the deceased in Yola town described the demise of Hajja Fadimatu as a great loss to the people in Adamawa.

He urged the bereaved family to emulate the good legacies of their martriach which will be sorely missed and prayed to God to comfort her soul in Aljnnatul Firdausi.

Fintiri further said death is inevitable to every mortal and therefore admonished the family to have courage and bear the irreparable loss.

Dan Galadima Adamawa, Alhaji Lawal Ribadu who received Governor Fintiri on behalf of the bereaved family thanked him for identifying with them at the grief moment.

Late Hajja Fadimatu Ahmadu Ribadu died on Wednesday after a brief illness at Fombina Diagnostic Centre, Yola and left behind 5 children and siblings. 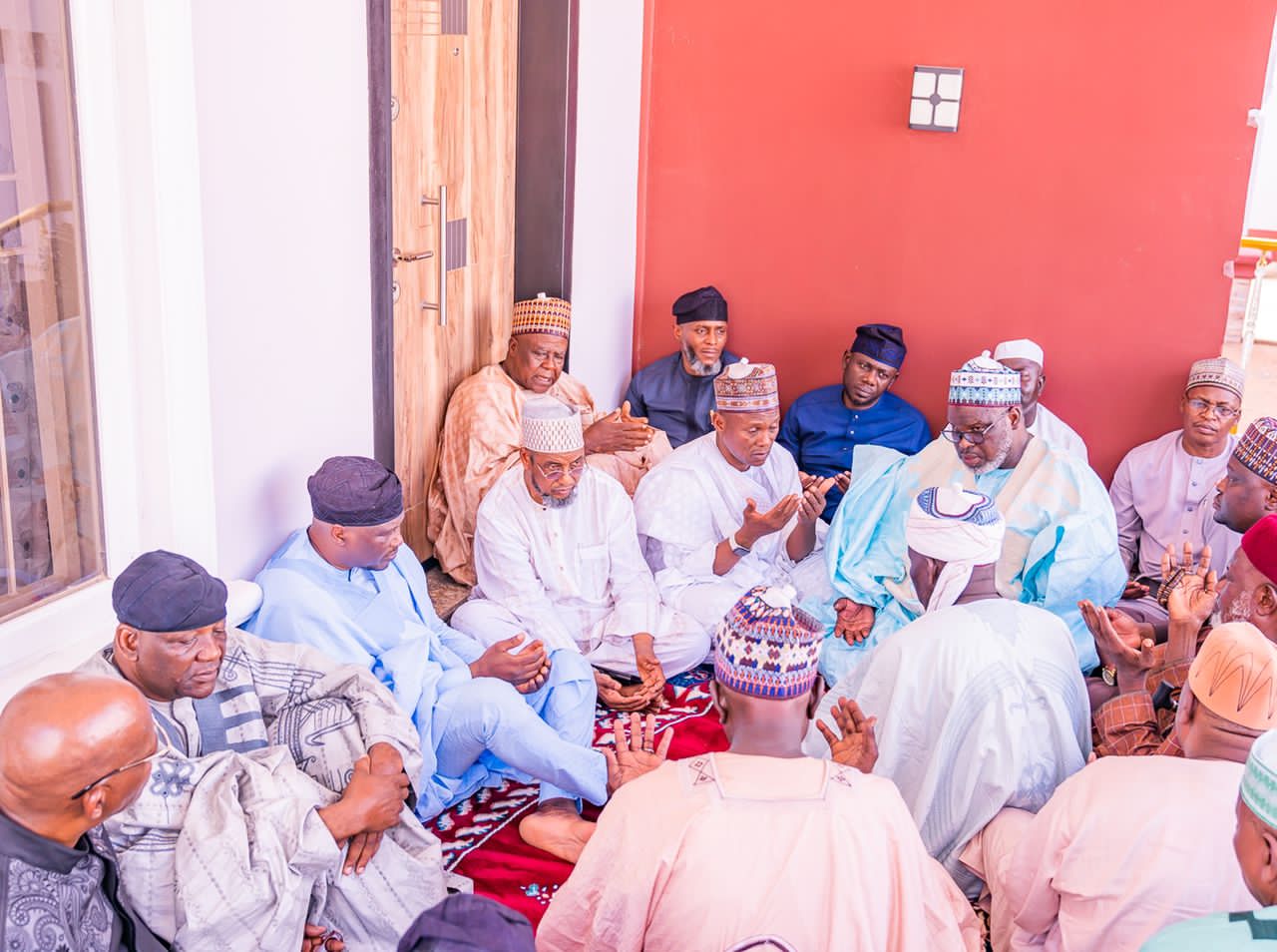 The deacease who was the mother of Alhaji Tukur Madagali a strong ally of Governor Umaru Fintiri died today Thursday after an illness at the age of 99.

Fintiri after the prayers proceeded to Tukur Madagali’s residence at Dogirei where he joined the bereaved family members in receiving condolences.

The Governor while commiserating with family noted that the death of their martriach has created a huge vacuum urging them to develop courage and bear the loss.

He added that the passing of the mother will be sorely missed by not only her family, Madagali community but Adamawa as a whole because of her fulfilled blessed life on earth.

According to the governor, death is inevitable to every mortal and therefore prayed to Allah to grant the soul of the decease eternal rest and Aljannahtul Firdausi.

Late Aisha Madi who was the wife of late Alhaji Yuguda Mbambafu, Mukkadas Madagali died and left behind 5 children and siblings. 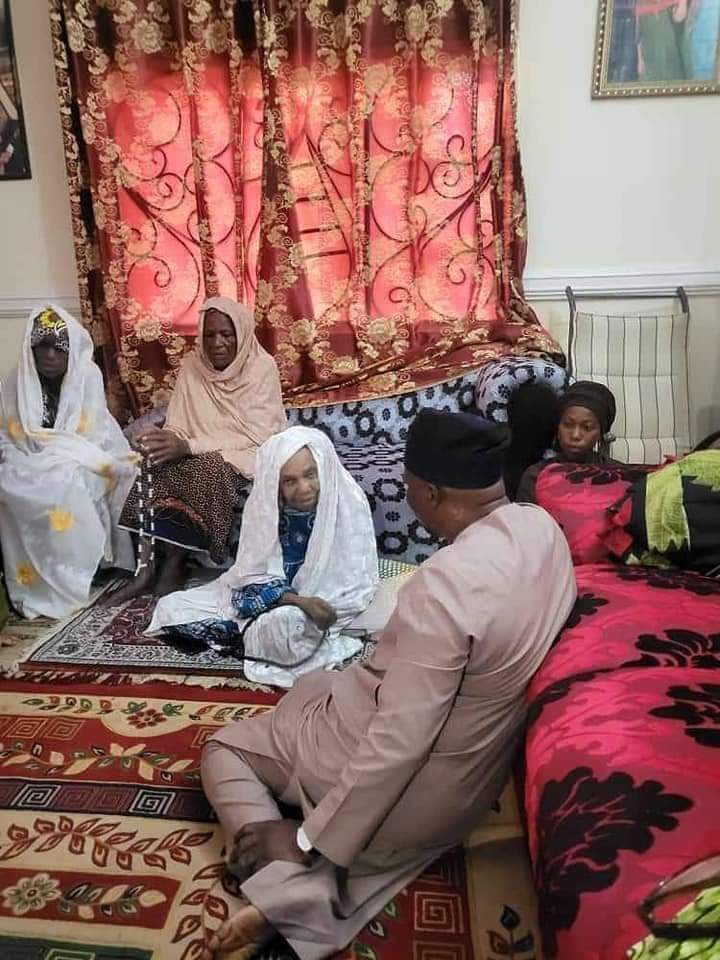 The decease died earlier this month at a private hospital in Abuja and left behind one child and siblings.

The Governor at the condolence visit in Yola described the passing of Dr. Muhammad Sanusi Barkindo as a great loss not only to the bereaved family, the people of Yola, Adamawa and Nigeria but the world in general.

The Governor observed that late barkindo lived a worthy life as a father an leader and therefore urged members of the bereaved family to emulate his good virtues in all their dealings.

He prayed to God to grant the soul of the decease eternal rest and the family the fortitude to bear the irreparable lost.

The Governor was accommpined by Secretary to the State Government (SSG) Mallam Bashiru Ahmad, Commissioners and other top government functionaries. 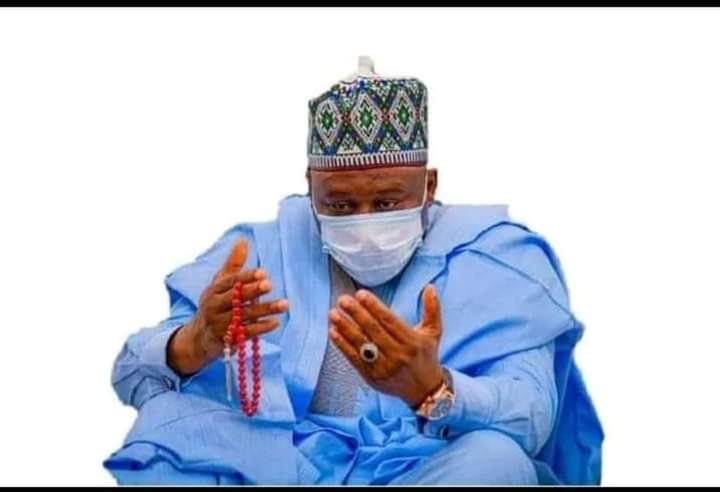 Adamawa State Governor, Ahmadu Umaru Fintiri has mourned the passing of Malam Khalid Adamu, a retired officer of the Nigeria Army who died at the age of 71.

The decease was a father to Bilkisu Khalid, a staff in the Governor’s office, Yola.

Late Adamu died last Friday after a protracted illness at Bamaiyi clinic in Jimeta-Yola and left behind a wife, aged mother, 9 children and siblings.

The Governor extended his condolences when he paid a visit to the family of the decease in Jimeta-Yola Monday afternoon.

Fintiri, while commiserating with the family, described the demise of their patriarch as a great loss to the state.

Governor Fintiri prayed to God to grant the soul of the deacease eternal rest and the family the fortitude to bear the irreplaceable loss.

The Governor was accompanied by Secretary to the State Government, Mallam Bashiru Ahmad and others officials.

Prayers were offered for the repose of the soul of the decease.