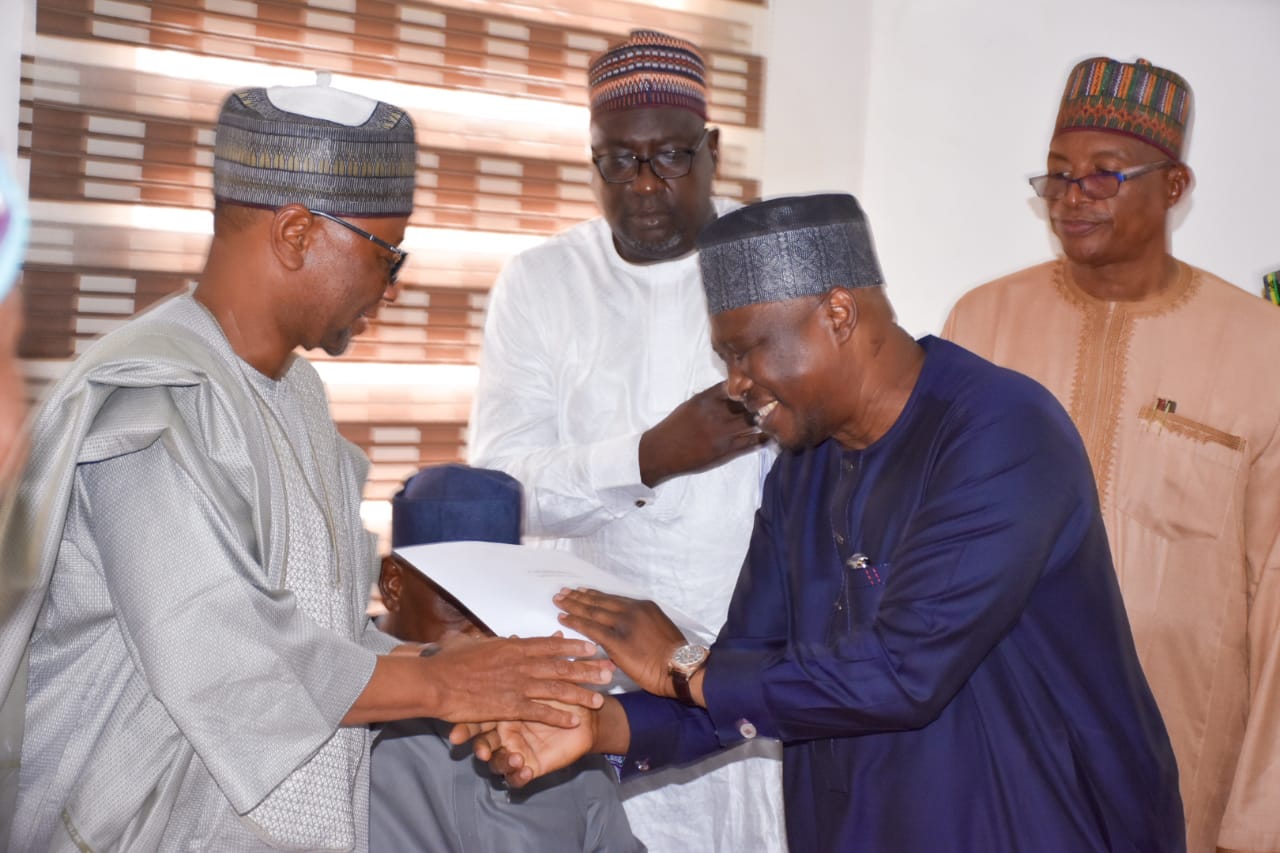 Adamawa State Governor, the Rt.Hon Ahmadu Umaru Fintiri has been cleared by the People’s Democratic Party (PDP) screening committee to recontest for second term in office.

Governor Fintiri has joined other governorship aspirants under the platform of the PDP for exercise which on Thursday.

Speaking after the screening, Governor Fintiri reaffirmed his unshakable commitment to the well-being of the people.

The Governor added that if Adamawa people give him another mandate, he will consolidate on the achievements so far recorded by his administration.

The Governor was accompanied to Bauchi for the screening exercise by some of his Political associates and Party chieftains.

Our Correspondent reports that within about three years in office of Governor Fintiri, he has relieved parents from paying the mandatory exams fees of WAEC/NECO, introduced free education and awards scholarship to students.

Thus, has ensured building of more than 5000 classrooms in over 400 schools while renovation took place in more than 300 schools across the 21 Local Government Areas.

The government has also procured school learning materials, improved on school structures with the construction and rehabilitation of 5000 classrooms within the 21 LGAs of the State.

On the health sector, his administration has approved the upgrade of all general hospitals in the state, he initiated 7 new cottage hospitals that are almost completed.

It has also introduced health insurance programme for free medical services to pregnant women, children below the age of five, the aged, displaced persons, and the disabled.

When it comes to agriculture, the Governor brought Adamawa Agribusiness Support Programme, procured farm inputs for both wet and dry season farming.

Infrastructure has gotten its share as the Governor has ensured rehabilitation and construction of over 300 township roads both within the state capital and some LGAs and built 2 flyovers in the heart of Yola.

Known as Hasken Toungo, Governor Fintiri connected the area with National grid, the first time since the creation of the Local Government Area more than 15 years ago.

So also, Governor Fintiri has done well in the areas of improving the civil service, training of more than 20,000 of our youths on skills acquisition among other achievements in different sectors.

2023: I Understand The Issues, Know Where The Shoe Pinches- Taraba PDP Guber Aspirant 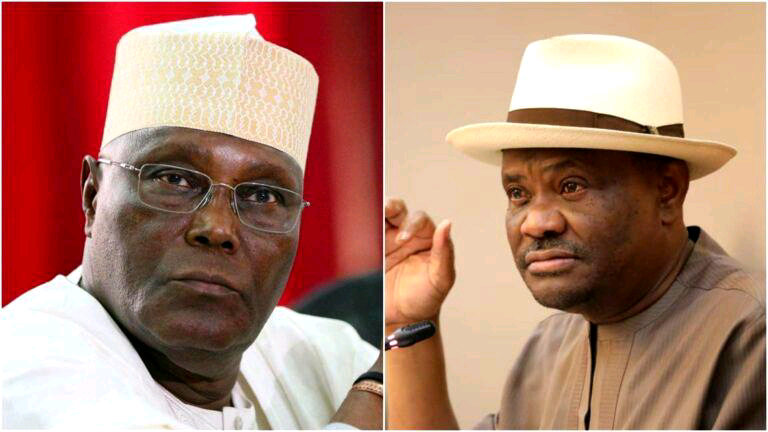 Adamawa Governor, Ahmadu Umaru Fintiri has assured that the lingering misunderstanding between Presidential Candidate of the People’s Democratic Party (PDP), Alhaji Atiku Abubakar and Governor Nyesom Wike of Rivers State will soon be over.

The Governor who is the chairman of the reconciatory committee on the side of the Presidential Candidate gave the assurance in an interview with newsmen shortly on arrival from Abuja at Yola International Airport, Saturday.

He revealed that reconcilations into the matter have since commenced, saying as leaders they will put everything possible to ensure the two camps are back as one united party members for the success of PDP.

“We have started talking and will continue to talk. Politics is about interaction, discussion and understanding and we have started that and very soon we will be putting our hands to ensure that the reconcilation is over,” Fintiri said.

Fintiri opined that Nigerins will not forgive the PDP if it fails to produce the next president of the country as according to him everything is shattered and in confusion leaving the citizenry at the mercy of God.

He stressed that despite the rift between its two leaders, the PDP is still united and focused towards ensuring the Waziri Adamawa, Alhaji Abubakar emerged the President of Nigeria in 2023 general elections.

On the 2022 secondary school results released recently by West African Examination Council WAEC where Adamawa records rising performance, Fintiri noted with appreciation for the feat achieved by the state.

“I’m happy, so excited and elated. I have promised the people of Adamawa that I’m coming with a very serious reform in the education sector, hitherto we were getting waec results most times, we come either second to the last behind Zamfara and the rests,” he said.

The Governor further added that the results which had shown 78% significant improvement against 74% of last year, was as a result of the educational reform policy of his administration..

He commended the students for the excellent results and assured that his administration will continue to push more commitment towards ensuring that Adamawa reclaims her right position in the country as far education is concern. 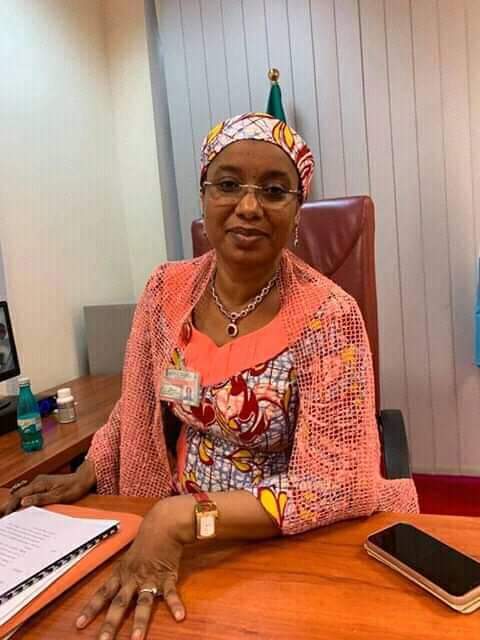 The Senior Special Assistant (SSA) to the Executive Governor of Adamawa State, Muhammad Bukari Tukur says he has noted with displeasure the way the ongoing Federal Government Support Programs, Conditional Cash Transfer, (CCT) meant for the poorest of the poor is being diverted along political lines.

In a press statement signed by the SSA New Media and made available to news men in Yola, Tukur fingered the Senator Representing Adamawa Central Senatorial District and a gubernatorial flag-bearer for the opposition All Progressives Congress, (APC) Sen. Aishatu Dahiru Ahmed (Binani).

According to the SSA, the Senator had hijacked the process by usurpation of the original list meant for the project where the true representation of the most vulnerable in Adamawa State was domiciled.

His major worry is that instead of adhering to the list that is a true reflection of the vulnerable in Adamawa State, a new list from the National Assembly brought in strange beneficiaries who are not from Adamawa State.

“Adamawa people anticipated the advent of this programme with excitement, unfortunately, their happiness was shortlived as the program execution started. The 5-day programme was supposed to end on Saturday, but was inconsiderably extended to Sunday Morning when many of the masses will be in Churches. This is sending wrong signal.
This selective award of beneficiaries based on political lines has raised suddenly murmuring among the masses of the state. This is not a good omen” he pointed out.

He called on the Executive Governor of Adamawa State, His Excellency, Alh. Ahmadu Umaru Fintiri to intervene on behalf of the abandoned vulnerable who were shortchanged. Adding that this will go along way to help calm down the masses who are already agitating to take to the streets to protest their anger and frustrations.

He recalled that a similar unfortunate incident happened during the National Emergency Management Agency, NEMA’s fertilizer distribution scheme. The preferential treatment based on political affiliation in favour of APC was masterminded and executed. Tukur, opined that allowing this current impunity to go on, will be a case of taking the masses for granted. 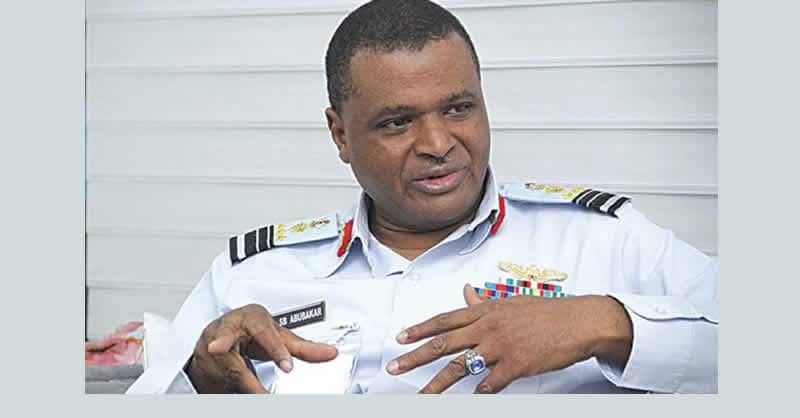 This is contained in a statement signed by Alhaji Salisu Barau, Chairman, Air Marshal Abubakar Media & Publicity Committee made available to Newsmen on Monday in Bauchi

The statement said the attention of Abubakar Media office has been drawn to a comical political publication trending as news item and published by an online newspaper,

“This story is ostensibly fabricated to mislead Bauchi voters who are increasingly showing interests in ensuring the success of the All Progressives Congress candidate in the 2023 gubernatorial election.

”This political mischief, wrapped in a news garment, is apparently a dirty political hatchet job that calls for immediate clarification from the Abubakar Media Office.

The statement said the publishers credited their sources to an unnamed Colonel of the Nigerian Army,

“Said it is in possession of a ‘security signal’ on the said recruitment exercise, without further presenting facts, but only quoted some anonymous politicians,” it said.

“With the leadership of the Bauchi State Amalgamated Associations of Butchers, Hunters, Cobblers, Blacksmiths, and Berbers after opening the Associations’ State Secretariat in Bauchi.

“Surprisingly, the online paper in question only chose to replace the names of Butchers, Hunters, Cobblers, Blacksmiths, and Berbers with ‘Militants and Political Thugs’, mainly to give dog a bad name in order to justify its hanging,

“As law-abiding citizens, the meeting was held with the approval of the Bauchi State Police Commissioner who was represented at the meeting by an Assistant Superintendent of Police and other security agencies.

The statement however said the Abubakar campaign team remain steadfast and committed to the mission of winning the coming election and that no amount of cheap blackmail will not distract them.