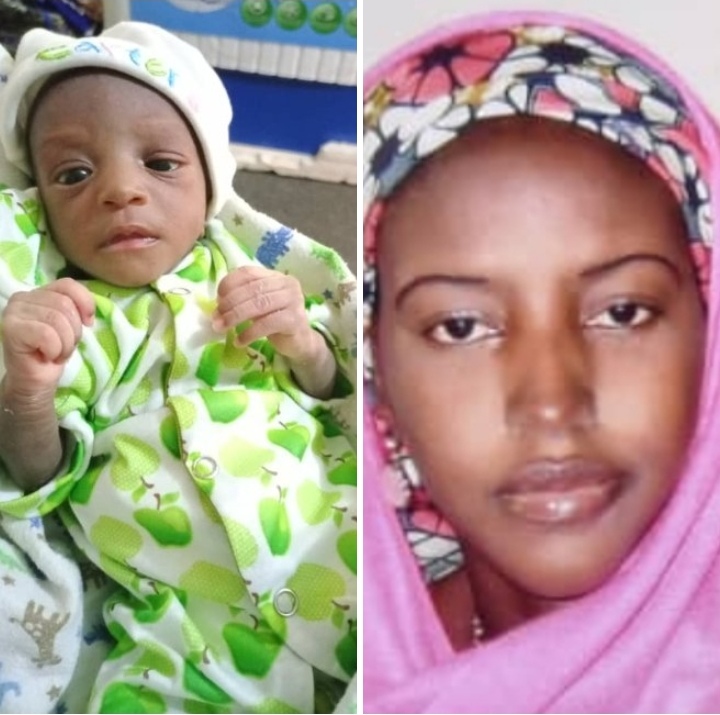 She was reported to have heaved a sigh of relief with the delivery of a new bouncing baby girl, however premature, after the pangs of childbirth. She, with a smile exclaimed “Alhamdulillah!”

She was reported to have told her husband that In Sha Allah she would have a normal birth without ungergoing cesarean section even if it would be the last thing she would experience.

Halima, popularly known as Da’a Duhu the wife of the head of information and media relations FMC Yola and the Periscope Global lead publisher, Adamu Muhammad Dodo was taken to the hospital on April 10, 2022 where she had a premature birth and died few hours later.

It was a shocking death that was however blessed to have overwhelming congregation attending her funeral prayers and other burial rites.

The baby that would survive never to see her lovely and caring mother was eventually discharged yesterday, Saturday, having spent one week enjoying the warmth of the incubator and proper clinical care at the Federal Medical Centre, FMC Yola, Adamawa state.

Today, Sunday marks the naming ceremony. In memory of the caring and loving wife, the father named the posthumous daughter after her late mother.

She is celebrated with her name taken from the creation; Halimah.

May Allah SWT bless the new baby with her siblings. May Allah SWT forgive the deceased and grant Da’a Jannatul Firdaus.

Mohammed Inuwa Bassi: The Man That Fits The Green Chamber

Bashiru Ahmad: An Ardent Messiah Of Our Time

How Politically Wise Is Governor Fintiri ? 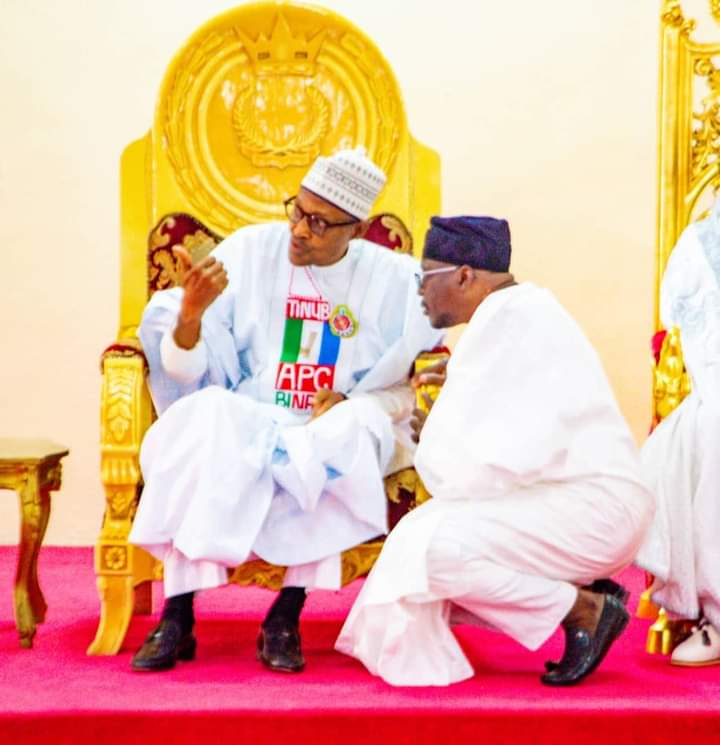 There was hate outburst from the opposition party in the state about Governor Fintiri’s decision to denying them access to Ribadu Square for their campaign flag off. The governor expectedly stopped the ongoing renovation and grant them access to the place for peace to reign.Though, the opposition felt dishonored and considered another venue for the occasion.

As a result, all of the forms of insults, crooked lies, and stories were circulated against the governor but to our greatest surprise, the governor despite his long-time political experience didn’t utter a word and singlehandedly dealt with the political noisemakers. Indeed, Governor Fintiri is good at using silence and treat issues in the more salient way by showing a high sense of responsibility.

Though, the opposition All Progressives Congress campaign team was also super clever to have located a venue for the campaign in the heart of Jimeta-Yola metropolis. This helps stop many visitors from seeing the wonders the current administration has done especially in transforming Jimeta-Yola into a developed modern metropolis.

Honestly, Adamawa people are politically educated and know better how to go with the game of politics. Many were seen today trooping into the Jimeta-Yola metropolis to showing solidarity and unflinching support to the APC governorship candidate, Hajiya Aishatu Dahiru Ahmad Binani. A very strong woman that is known for her untiring support for women and children. This group of people has more than enough reason to support and campaign for her. Can she be able to win the election due to clear driving forces that the executive Governor has underground?

After the physical developmental projects laid down in the state and the excellent job done in the areas of education, health and civil servants’ welfare, and the security need of the state. And also the most honorable dealing of political matters. Did Binani stand a chance?

Unlike what we have seen in Maiduguri during Atiku’s visit, clear enmity was shown by those in authority. The executive Governor of Adamawa has maintained the tempo and made sure that the APC campaign Flag-off rally was free from political thugs even though, Adamawa was Atiku’s hometown and a People’s Democratic Party in the State.

Fintiri can now handle not only local champion politicians in Adamawa alone but the whole Nigerian politicians very well. His sense of honesty and hospitality has paid and every like-minded politician in Adamawa regardless of the political party must applaud his doggedness and extraordinary political approach.

Despite the immense and intense political pressure on him, the incumbent governor is seen leading the President’s entourage to the Lamido’s Palace with due respect and dignity. Without showing an iota or any kind of political differences. Something difficult for many to do and least expected from the governor himself.

Fintiri may perhaps win or lose the forthcoming election but his true loyalty, respect for almost all the politicians around including the opposition, and commitment to the masses show his clear quality as a competent true gentleman man that has the required leadership qualities.

Besides, the political rivalry in Adamawa is productive and lays some level of playing ground for every politician to be mindful of his words, and actions. Thus, leading to development in terms of infrastructure, society, and economy.

Can be reach at shuaibumubarak001@gmail.com

Youth And The Wayward Lifestyle 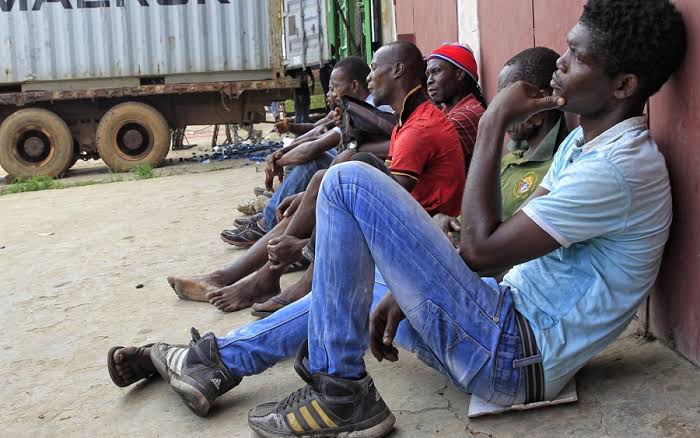 It is becoming the norm in society how youth to embrace a wayward lifestyle thereby deviating from cultural and religious teachings toward uprightness. Youth is considered an important asset to any society or country but the continuous growth of wayward lifestyles is bringing a doubtful mind over the future of the masses in hands of those unambitious youth.

Nowadays, youth fall into a questionable lifestyle from different means where the modernization of social media platforms encourages to take a complex part in influencing the youth to get involved in something usually unacceptable in their places, some of the youth were enforced by poor educational backgrounds or negligence of parent control during upbringing. By whatever means, the act of witnessing youth in such a way can be threatening.

Social media platforms are oftentimes opened with no strict and guided rules or regulations against any form of misbehaving. This, pave way for the display of nudity and other uncensored content leading to moral bankruptcy.

Those involved in this unfortunate act should keep it at the back of their minds that the internet doesn’t forget and should get ready for the consequences associated with their actions.

More often than not, womanizing has become cheap and affordable as many young men no longer see it as a habit that need not to be involved in due to its catastrophic consequences on the life of individuals. This particular act also makes them superfluously spend their money.

Also, the menace of drug use abuse has immeasurable effects and continues to threaten the life and the future of the younger generation. In most of our higher institutions, one must come across groups of students at various locations abusing drugs making them became academically unproductive and worthless. This has also greatly affected their physical, mental, health, and general well-being.

Political thuggery is yet another ugly act that youth involved themselves in, those youth are been sponsored by insincere political demagogues who usually see them as miscreant elements ready to kill and wound anybody against a particular political will, for chicken change rather than the future of the society.

Note that, the sons and daughters of those politicians sponsoring you were abroad studying perhaps in the world most prestigious universities and their employment also is guaranteed regardless of grade or qualifications.

Unfortunately, the youth’s recalcitrant attitude and the highest level of moral decadence in our climes is leading many to make posts on social media and attacking, traditional leaders, political leaders, and even religious clerics, disrespecting their persons because of differences in religious sects or other thoughts and controversial religious ideologies.

However, there are many ways to present your thought and ideas about burning issues in society without necessarily making pejorative statements against protected and respected individuals. One can criticize constructively going along with facts to sell ideas, opinions, or thoughts about contemporary and controversial societal issues.

For the children of the poor, It’s obvious that the labour market is jam-packed with graduates from various higher institutions of learning looking left, right and center for employment opportunities. And the government of the day out carelessness and strategic thinking kept on announcing to those poor youth that there were no jobs available. A situation that coacced many youth in to social vices and other juvenile delinquency.

Above all, it’s imperative for youth to utilize their youthful exuberance and maintain highest level of Decorum. Government on the other hand, should continue to create policies and programs that will help reduce the number of hundreds of thousands unemployed youth roaming the street to the barest minimum. Also, parents, traditional leaders and religious clerics should not relent in their efforts in preaching good morals making sure that those younger people are distinctively guided on religious beliefs, cultures, norms and values of our dear societies. 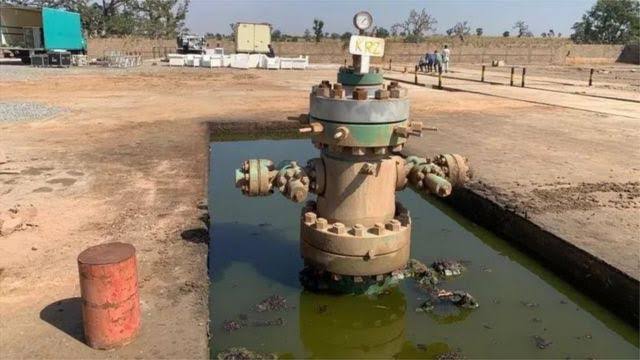 Since the announcement of the success of oil discovery by the Muhammad Buhari-led administration, through Nigeria National Petroleum Company, NNPC limited, people from different parts of the country, jubilate over the milestone achievement.

However, the development came with a lot of controversies by the citizens who are in one way or another other have a direct or indirect connection to the development that is from some groups of people and individuals from the host community.

Immediately after the groundbreaking ceremony which was attended by his Excellency President Muhammad Buhari, Bauchi State Governor Sent. Bala Muhammed, the Group Managing Director NNP, and Mele Kyari among other dignitaries in Nigeria argue breaks between the neighboring states, Gombe and its mother state Bauchi, about who owns the Kolmani oil well.

Besides, Bauchi may be right to claim the ownership of Kolmani oil because the oil well is located in Barambu, a village under Alkaleri local government area of Bauchi state, Bauchi’s cites the presence of their governor at the breaking ceremony as one of the reasons that they own the oil well.

Gombe state, on the other hand, has more than a reason to claim the ownership because of their closeness to the point where the oil was drilled. Therefore oil as liquid stuff can not just be for Bauchi alone.

Unfortunately, farmers operating within the host community of MaiMadi, kwaimawa among the other 7 communities complained that they were not paid for the damage done to their farmlands in course of the oil drill.

Among them, one claimed the ownership of the kolmani oil well which according to him was inherited from his father and yet to be compensated. Also, the report indicates that workers who served during the seismic operation were not properly paid but only promise to be paid on unspecified dates.

Farmers and other people from the host community should be well informed about the operation of that kind, to be able to seek entitlement associated with the oil drill operation in their localities.

With the aforementioned allegations, one must note with dismay challenging the Public Relations section of that particular for failing the Social responsibility service expected to render to those communities.

Above all, what Nigerians need to know is how much we need to poster national development above our interest to build Nigeria of our dream. We should also learn from the experience of our people down the south, there is a need for corporation and mutual understanding between the two states, the farmers, and of course the entire host community to benefit from such a remarkable achievement.