Taraba State Governor, Darius Ishaku on Sunday reminded Christians in the state of Christ’s acts of compassion and forgiveness even for his traducers.

The governor gave the reminder in his Easter message to the christians faithful in a statement made available to newsmen in Jalingo.

He emphasized that the acts mentioned were exemplary qualities of Jesus Christ that must not elude them as they mark this very important festival in the Christian calendar.

He enjoined the Christians in the state to use the occasion to ponder over the lessons and the significance of this great act of humility and sacrifice demonstrated by Jesus Christ during his trial and crucifixion.

The Governor, however, advised politicians in the state seeking election into various political offices and positions to go about it peacefully and to respect the rights of fellow contestants.

He called on all Tarabans to pray for God’s intervention in the political transition process that is about to start in the state, especially in the choice of leaders who will take over the mantle of leadership from his administrations.

He expressed happiness for the return of relative peace to Taraba State and praised the people for their support for his administration and the security agencies which made this and other landmark achievements of government in infrastructure development possible.

He called for extra vigilance on the part of the people because of the alarming spate of kidnappings, killings and other forms of crimes and criminality going on in the country, particularly in neighbouring states and communities.

“Governor Ishaku is grateful to God Almighty as he joins Christians in Taraba State, Nigeria and the entire world to mark yet another Easter which is the anniversary of the death and resurrection of Christ, the savior of mankind.

“He wishes Christians in the state a happy and peaceful Easter celebration,” The statement concludes.

Also in a statement signed by his Chief of Staff, Sukuji Bakoji, the Speaker of Taraba State House of Assembly, Prof. Joseph Albasu Kunini enjoined Christians to use the solemn occasion to deeply reflect on the supreme sacrifice by Jesus Christ for the salvation of mankind and to pray fervently for restoration of peace and security in State and the nation which have been bedeviled by insecurity of lives and property. 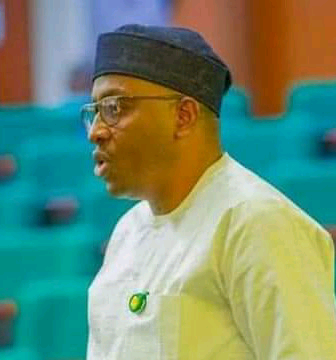 The premier ruler in an approval letter of applications by Dauda said he has conferred the title on him with effect from 5th August 2022.

The approval letter was signed by the Adamawa Emirate council secretary, Mallam Khalid M Kawu urged him to notify the council whenever is prepared for the turbarning ceremony. 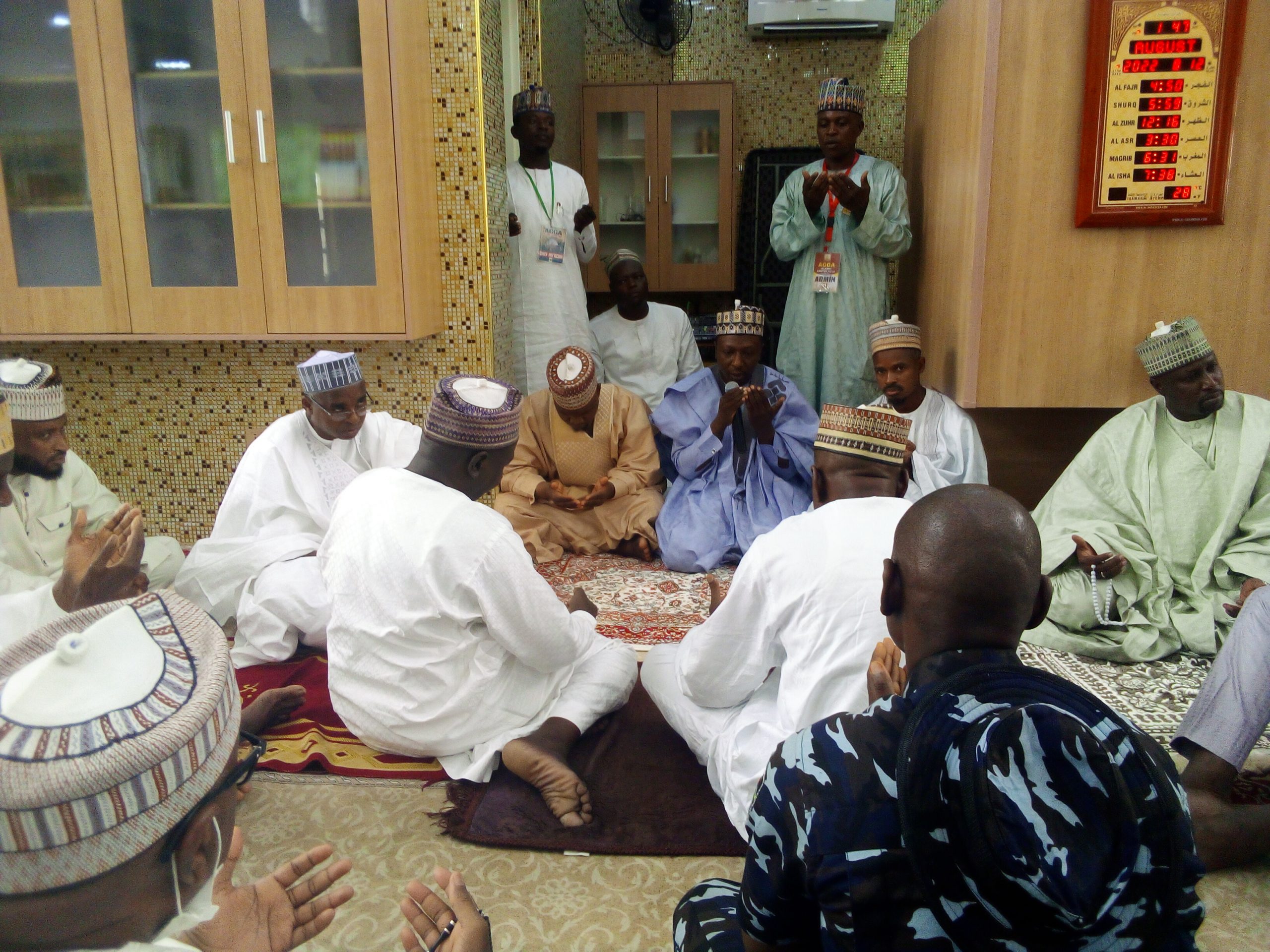 Friday August 12, 2022 will remain an indelible memory in the life of Suleiman Pallam’s family as they happily gave out their daughter’s hand, Maryam in marriage to her heartthrob, Mohammed Sirajo.

The bride is a sister to Permanent Secretary Security and Special Services, office of the Secretary to the State Government, (SSG) Government House, Yola, Usman Suleiman.

The bridegroom was represented by Malam Rabiu Inuwa Yaro while the permanent secretary, Suleiman stood in as representative for the bride during the ceremony.

Others were Director of Protocols Government House, Yola Hassan Jarengol, some members of the State House of Assembly and Permanent Secretaries among others.

Immediately after the wedding fatiha, the ceremony was moved to the residence of the bride’s brother where a befitting reception was held.

The Permanent Secretary Security and Special Services, Alhaji Usman Suleiman in an interview with newsmen noted with happiness as he gave out his sister’s hand in marriage and asked her to be obedient in her new matrimonial home for prosperity.

On his part, the permanent secretary ministry of land and survey, Mohammed Dabo called on the new couple to respect one another and never involved third party into their affairs.

The bride, Maryam Suleiman thanked her parents for the care and love shown to her and those who attended the ceremony, praying to Allah to reward them abundantly.

The groom, Mohammed Sirajo expressed satisfaction with the way and manner people turned out to celebrate with them and promised to live a happy married life with his bride. 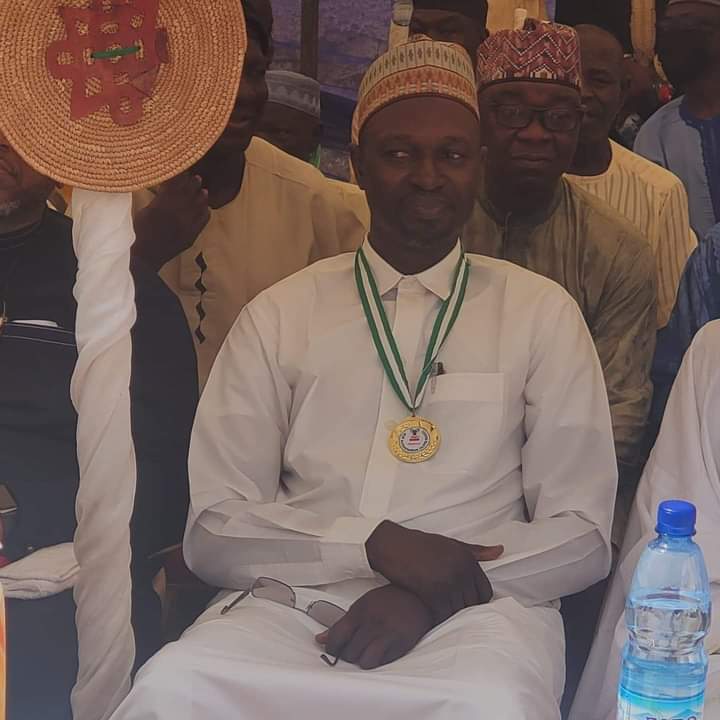 Secretary to the Government of Adamawa State, Malam Bashiru Ahmad has again received an award of excellence from online news platform, The Periscope Global Publishers Limited.

According to the medium, the award was in recognition of his unprecedented track records of performance in office towards championing the course of the common man in the state.

The 2020/2021 Achievers Award which held at Wetlands Park and Gardens in Yola Saturday had in attendance highly profiled technocrats and other personalities, within and outside Adamawa.

Ahmad had in November, 2021 received an award from Ahmadu Umaru Fintiri (AUF) Ambassadors in recognition of his efforts towards empowering youths and women in the state.

The state Commissioner of Transport, Alhaji Ahmed Jika who represented the SSG was accompanied by his colleagues of Agriculture and Youths and Sports, Umar Daware and Alloycious Babadoke.

Others were senior special assistants to the Governor, Abdurrahman Jimeta and Ibrahim Michika, senior government officials and some well wishers and supporters of the SSG.

After receiving the award, Ahmad appreciated The Periscope for the recognition which he noted will remain indelible in his mind and spur him to put more efforts in service to humanity.

“I want to thank The Periscope Global for this award which I hold in high esteem. I want to assure you and the good people of Adamawa State that I will redouble my commitment to the service,” said the SSG.

The government engineroom added that he will continue to discharge his duties with necessary impetus to ensuring implementation of government policies for the betterment of all.

In his remarks, the founder and chairman board of editors of The Periscope Global, Malam Adamu Muhammad Dodo said the medium which clocks 8 years old, operates both for the mainstream and online.

Dodo said the annual event was being organised to appreciate personalities who have impacted positively in the lives of people as part of the corporate social responsibility of the news platform.

Also on the list of the award receipients were Voice of Arewa Online TV, Fact Check News, Adamawa Network Against Rape, Managing director of Watermax and Beverages Company, Alhaji Ahmad Rufai as well as others.