Adamawa State has declared end to cholera outbreak after finding no suspected case despite weeks of ‘heightened’ surveillance.

The declaration on Thursday however came after months of the disease affected 1,959 people and resulted in 55 deaths.

The state Commissioner for Health, Professor Isa Abdullahi who addressed newsmen in Yola Thursday afternoon, recalled that cholera outbreak was declared in July last year, and that in the succeeding months, there occurred the total of 1,959 suspected cholera cases.

The health commissioner said during the Press Briefing where he announced the closure of cholera outbreak, “Since we have not recorded any case despite heightened surveillance for cholera for several weeks, we (government and partners) are happy to declare the cholera outbreak over.
“Since the beginning of the outbreak, a total of 1,959 suspected cases with 55 deaths were recorded.”

The commissioner cautioned however that the declaration of end of cholera does not suggest a time to relax.

“It is a window of opportunity to heighten our preparedness against cholera and other vaccines preventable diseases,” he said.

He thanked the World Health Organisation (WHO), United Nations Children’s Fund (UNICEF), International Rescue Committee (IRC), International Committee of Red Cross (ICRC) and other organisations which collaborated with the state government in managing cholera from when it broke out in July last year to now to keep both infections and fatalities as low as it could be helped.

According to him, while the cholera outbreak lasted, the state government and its agencies, development partners and communities collaborated to ensure prompt detection of suspected cases, confirmation by appropriate tools and appropriate case management.

“The state and development partners ensured adequate risk communication messages to aid prevention of the disease. 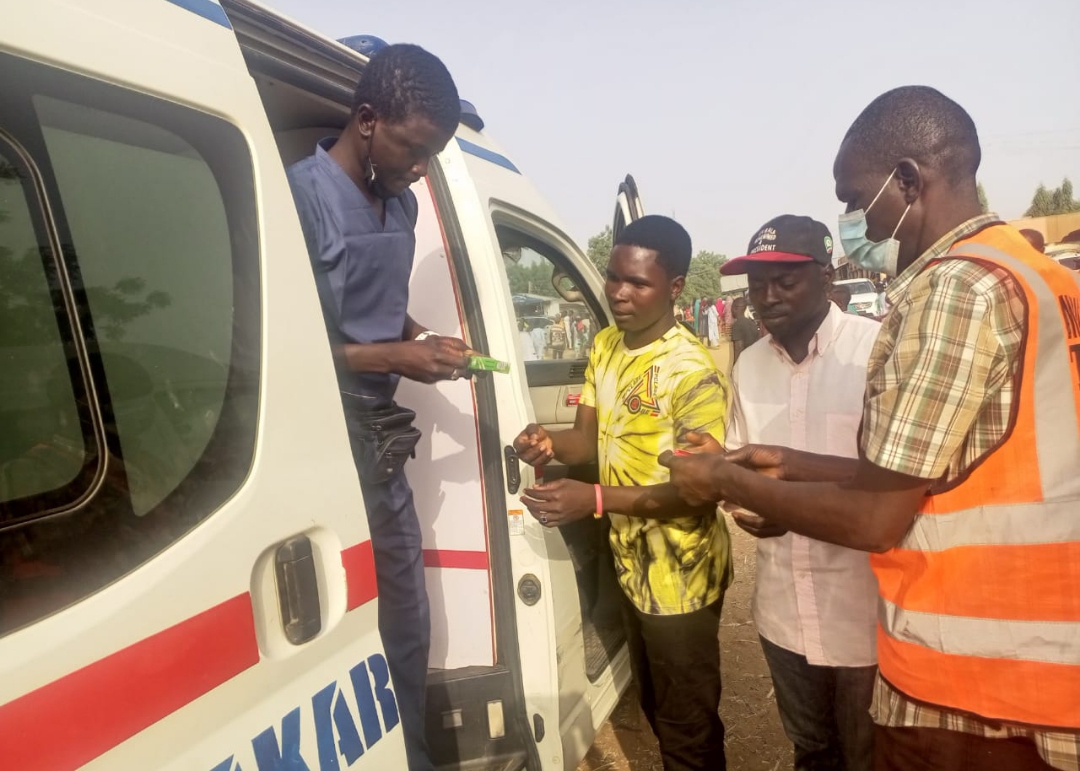 The unique nature of Governor Bala Mohammed’s 2023 Gubernatorial Campaign is the provision of Basic Healthcare Services to rural dwellers using a team of Government House Medical Personnel comprising Doctor, Nurses and medical attendants who are part of the campaign entourage.

The initiative being supervised by the Personal Physician to the Governor, Dr. Murtala Abubakar Babayo was aimed at leveraging on the Governor’s presence in the hard to reach communities to reach out the targeted beneficiaries.

When the campaign train transverses through villages of Beli, Dango and Zigau all in Shira Government area on the way to Palace of District Head of Disina, some residents took advantage of the free medical services in the respective communities.

Some of the services rendered include attending to Basic Medical Emergencies, treatment of Minor Surgical Injuries, administration certain Medical Consumables as well as offering medical advices.

Speaking to Government House Correspondent, the Personal Physician to Governor Bala Mohammed, Dr. Murtala Abubakar Babayo explained that the initiative was to complement the Governor’s effort in ensuring the wellbeing of people especially in rural areas.

He commended the Governor for providing all necessary support to the medical unit towards discharging it’s responsibilities effectively.

It could be recall that similar initiative was launched at the Headquarters of Zaki Local Government Area where over ten thousand people are to benefit from a free medical outreach from each of the twenty local government areas of the state. 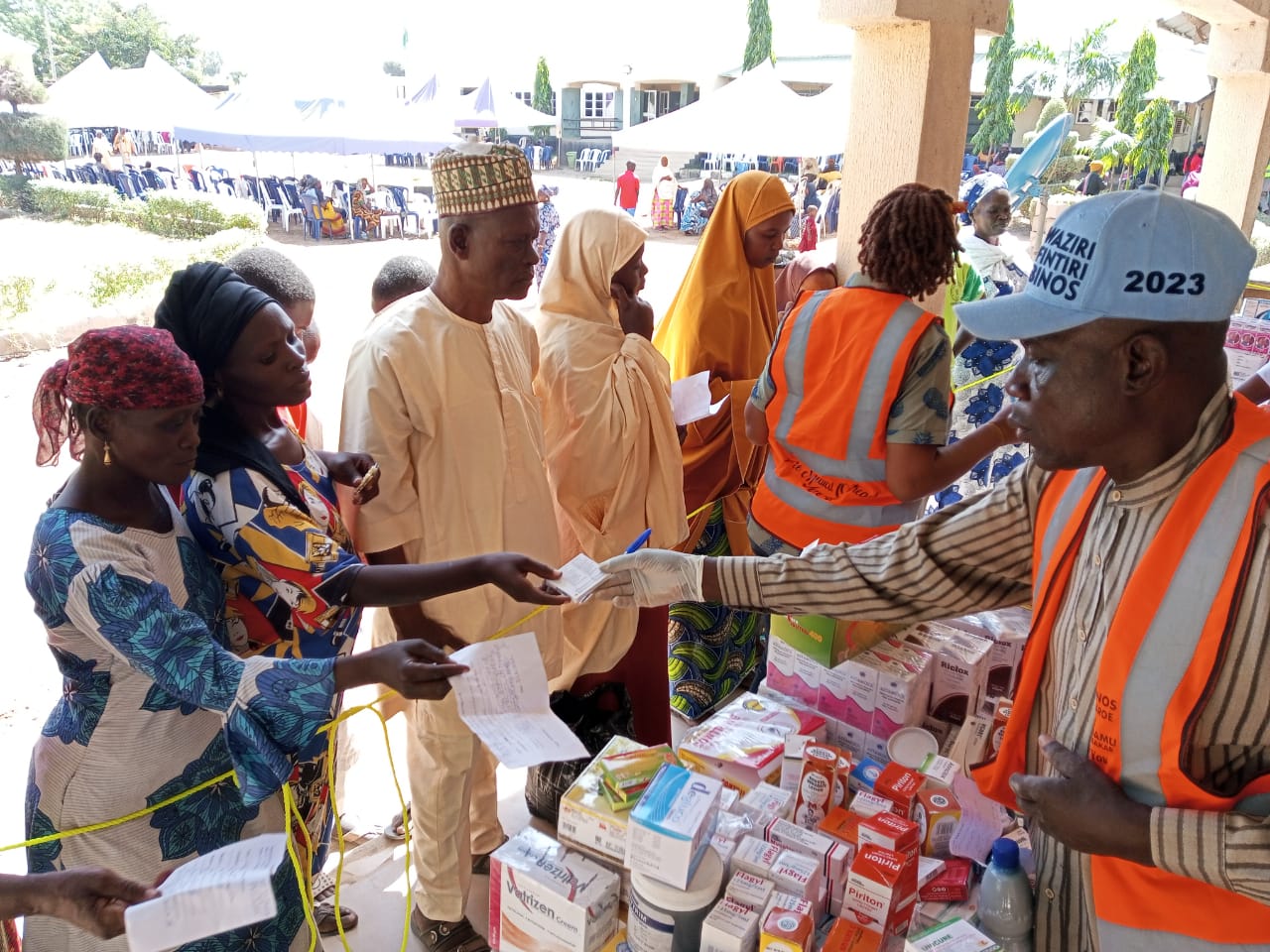 -Gives a pat at Senator Yaroe’s back for Medicare intervention

Governor Ahmadu Umaru Fintiri of Adamawa state has challenged politicians with nothing to offer in addressing yearnings of the populace in their communities to give way for those with workable agendas.

Governor Fintiri gave the challenge at the closing ceremony of the Senator Binos Yaroe’s free medical outreach held at LCCN Referral Health Centre old-Demsa in Demsa local government area weekend stressing that Senator Yaroe is one among many who has proved quality representation.

“Senator Yaroe is the leader and teacher for other politicians to copy so that he will show them the right way in the right direction to deliver and do better also,” Fintiri advised.

Fintiri pledged to work assiduously for the re-election of Senator Yaroe under the people’s Democratic Party so that his constituents in the Adamawa Southern Senatorial district can benefit more from his versatility of getting things done remarkably.

“This free medical outreach been sponsored by Senator Yaroe of the Adamawa Southern Senatorial zone in my party,the PDP is really commendable and his jobs are unprecedented.

“Non is like him and I will continue to give him my support as I will do everything within my power to see that he wins this election and he goes back to Senate so that, our people from Adamawa will continue to enjoy from his good will,” Fintiri promised.

Piloting the Governor Fintiri and his entourage round the surgical and medical wards of the facility, Leader of the medical team, Dr. Telemoh Dah said the out reach was the eleventh (11th) and the final outing of the series announcing that 8,762 beneficiaries were attended to in the 5days exercise.

Dr. Dah said 370 surgery operations were conducted, 2,300 laboratory tests were done as 110 patients were attended by ENT specialists while 604 eye related cases were treated with 502 medical glasses were given to deserving patients among others.

Earlier in his remarks, Senator Yaroe expressed gratitude to God Almighty for using him to be touching people in their lives confessing that the achievements couldn’t be successful without support and cooperation from Governor Fintiri as well as his constituents.

Senator Yaroe stated that the Demsa medical intervention stood as the 11th major outreach undertaken by his team assuring that if elected back in the forthcoming Febuary 2023 elections more devidend of democracy would be provided to his constituents.

Our correspondent in Yola reported that a total of 120,000 beneficiaries have accessed the Senator Yaroe’s free medical treatments undertaken in eleven(11) major and four(4) mini outreaches across the nine (9) local government areas of the Adamawa Southern senatorial District. 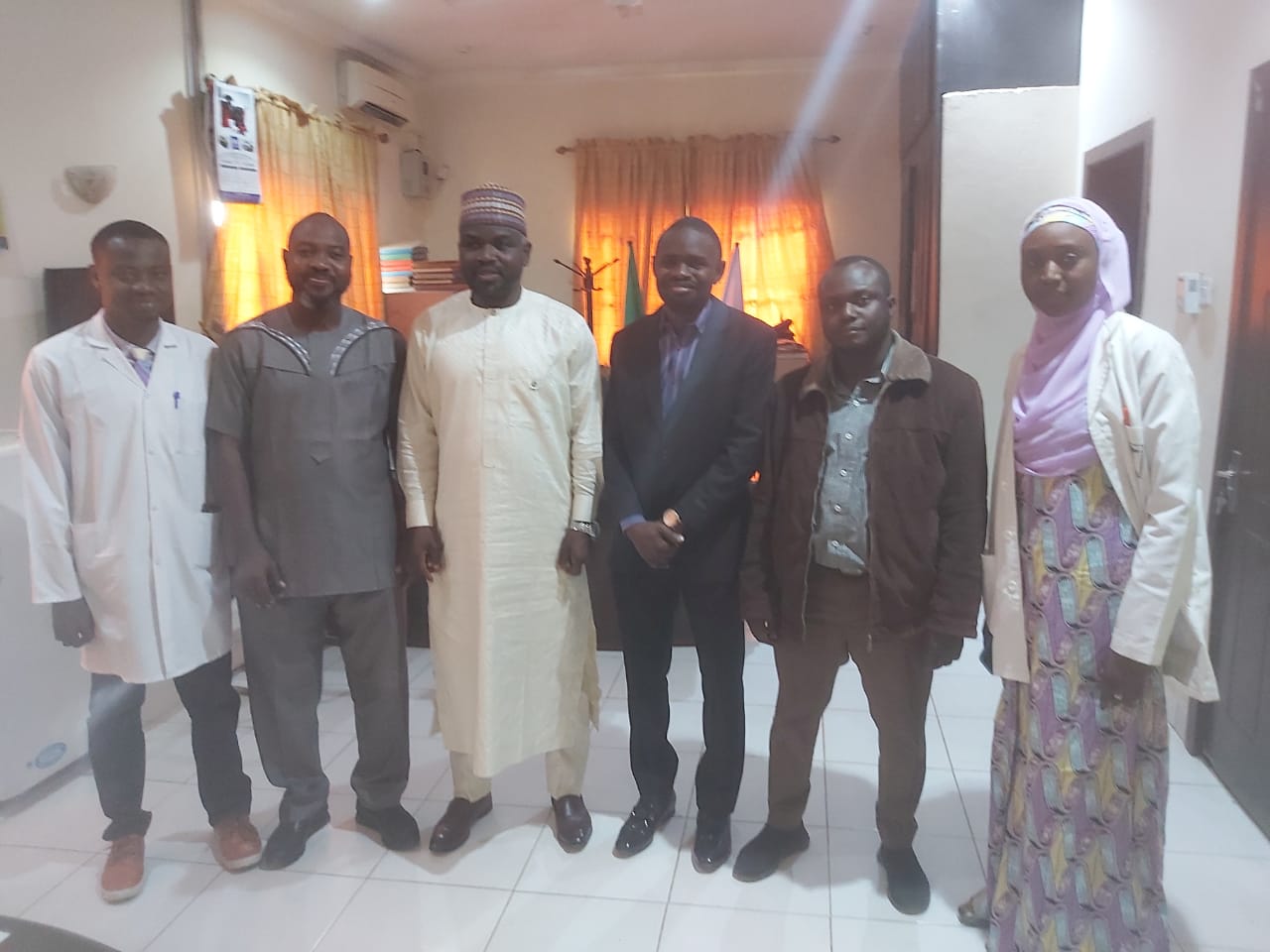 According to the chairman, Dr. Yusuf Bara Jibrin is one of the top members of the association, who always identify with them and offers support where necessary.

Dr. Muhammad Bashir Faruk, who was speaking when he led officials of the association for a courtesy visit to the Chief Medical Director at his office, said the top management committee of the hospital deserved to be appreciated for maintaining constantly positive attributes of the work at the grass roots.

He therefore solicited for more support and welfare from the hospital for members of the association.

In his remarks, the Chief Medical Director, Dr. Yusuf Bara Jibrin showed his gladness on the way and manner the association are carrying out their activities to equate it to the task of professionalism.

Yusuf Bara, added that his doors are always open to render his support and accomodate them in any giving time for the benefit of all being him a member of the association.

He said that the hospital is trying to hatch new projects which includes the launching of Ehealth Program coming this week, provision of conducive and affordable environment to ensure rapid advancement in delivering health care services and intra moral services to be headed by the Chairman Medical Advisory Committee (CMAC) among other tangible projects and initiatives.

Talking about the cardinal objectives of the hospital, he said that the hospital warrants staff a chance to benefit from any intervention at all level.

To this end, he therefore cautioned them to be in good company of others in order to give the hospital a good reputation and charged them to be humble and respect members of the association.