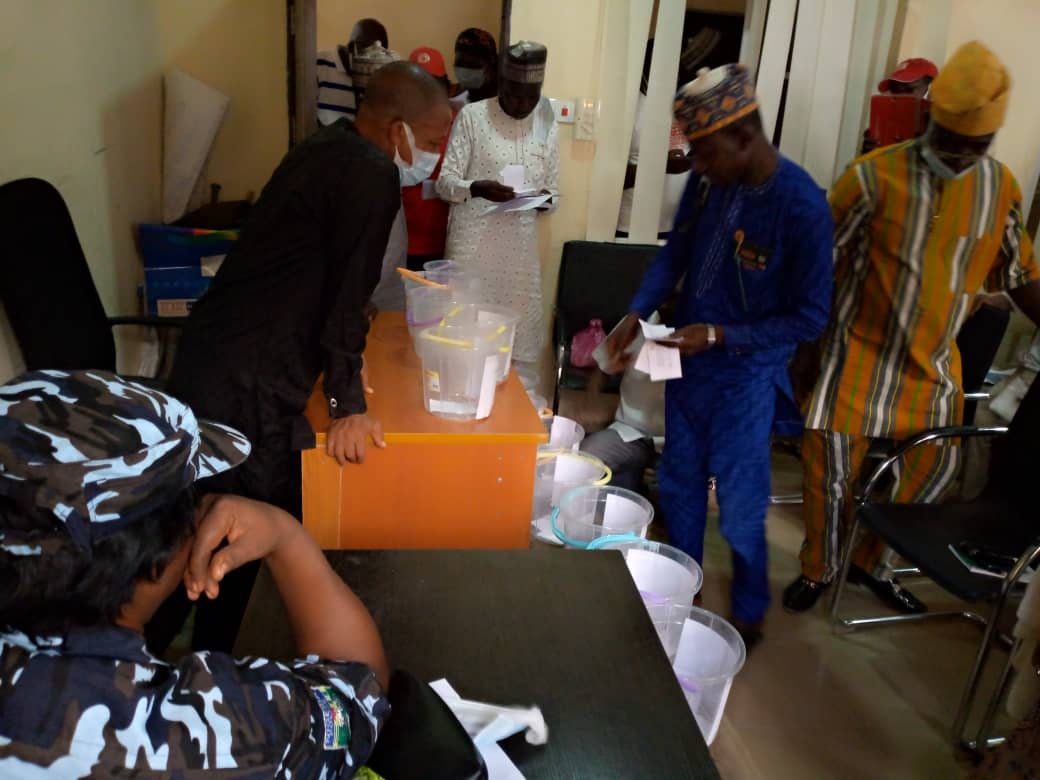 The Nigerian Red Cross Society, Taraba State branch on Saturday 2 April 2022 held its Executive Governance Election to run the affairs of the voluntary service to humanity for four years.

The election that took place at the branch office of the organization in Jalingo, had 13 delegates from 13 LGAs out of the 16 Local Government Areas of the state.

In an address shortly after the election, the Organizational Development Officer, Nigerian Red Cross National Head Office Abuja, Mr. Manasseh Panpe appreciated all the delegates that were present and cast their votes that produced the new Exco who will serve for four years for the sacrifices they have made.

He explained that in some branches elections of such used to end in rancor, but Taraba State Branch has proven to be one state united, brotherhood in Red Cross by producing candidates unopposed.

“But to fulfill the Democratic demands, we had to put it into votes, and all of the contestants, out of 13 nobody got less than 11 votes which are very excellent marks,” Pape said.

He urged the new Exco to justify the trust that the members have reposed in them by doing their best to render voluntary service to the needy in society.

Mr. Manasseh Panpe, however, appealed to the general public especially the spirited individuals and philanthropists to join hands with the organization in assisting the less privileged in society.

He revealed that hopefully by next month, the Secretary-General of the Red Cross and other officials from the Head Quarters will come and swear in the elected Exco.

In his vote of thanks, the Taraba State Branch Secretary, Mr. Martins Manja appreciated the committee members, the former Exco, all delegates, and the volunteers as well as the media for their support.

“Other organizations, the government sponsor their delegate conferences but our’s we give a lot to the government but no reciprocal to show appreciation but that will never deter us from doing our voluntary service, we will continue to do from our lean pockets like we did to hold this program,” Manja said.

In an interview, one of the local government’s Coordinators, Mr. Ibrahim Idris who has been in the organization since the 1970s advised the younger generation to join the Red Cross to render their assistance to the less privileged ones as it is not a money-making organization but service to humanity.