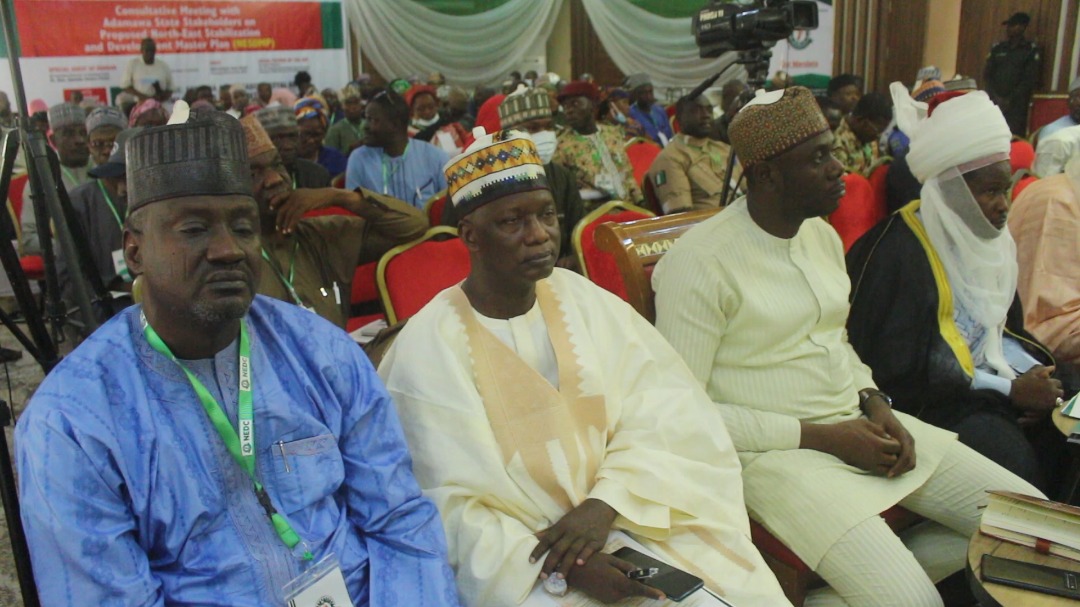 The Northeast Development Commission NEDC says it will develop a regional stabilization and development master plan for the region that has been affected by Insurgency.

Represented by his technical Special Assistant, Professor Bobboi Umar, The MD said the plan will guide the Commission’s functions, programmes, projects and schemes to reintegrate the region.

Muhammad Goni explained that the plan will identify the basic needs of the region and spell out strategies, policies and immediate interventions for the recovery, stabilization as well as renewal for the sustainable development of the region in the next ten years.

According to him, the Commission had conducted survey and held consultation with individuals and groups for proper organising of the master plan.

He urged participants at the meeting to share insights that will engender development of the region.

The Management Director of the Commission Aknowledged the support and cooperation from Adamawa state government in implementing programs and policies of the commission in the state.

In a presentation, a lead consultant Doctor Kassim Gidado while presenting an overview of the master plan said the Northeast development commission has been seriously affected by Insurgency which caused threat to education, health and social welbeing of its people.

Doctor Gidado explained that under the plan various developmental projects will be executed such as roads and railway lines to connect states of the region.

He said the plan will seek to ensure the entire states in the region are working together for the betterment of the region.

In his remark, Governor Ahmadu Umaru Fintiri represented by the Commissioner for Information and strategy Doctor Umar Garba Pella commended NEDC for the numerous developmental projects in Adamawa and reiterated commitment to continue partnering the commission in that regard.

He said the Master Plan is timely and urged the Commission to speed up plans to guide its operation in the Region.

Highliht of the event was the presentation of a documentary achievements of NEDC as well as holding technical sessions by groups of participants during the meeting.