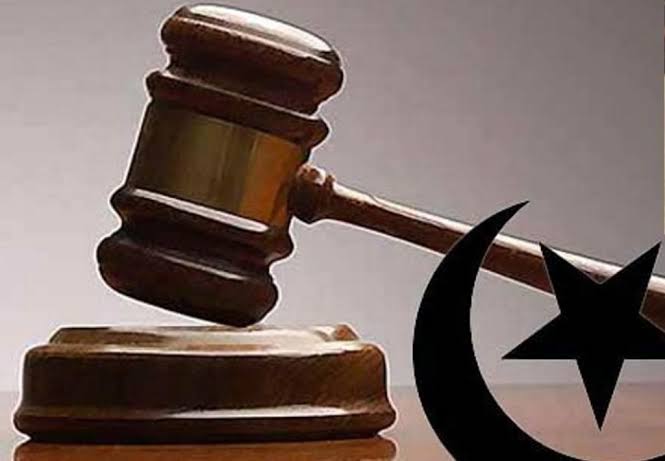 Bauchi Upper Sharia court one on Tuesday granted a stay of execution on judgment that dissolved the 12 years old marriage with three kids between Alhassan Habib Jibrin, Husband of Halima Ahmadu.

Earlier Halima in a suit number USCI/BH/CVF/66/2021 took her husband before upper Sharia court in Bauchi and asked the court to dissolve their 12 year marriage blessed with three kids because she is no longer interested in the marriage,

By forcing her to stay in her matrimonial will make her to disobey Allah , she asked the court to allow her to return his dowry under section21 rule 1(1)(2)(3) of Bauchi State civil shariah Rules Procedures.

Husband of Halima who is currently residing in London through his counsel Usman Bappah Darazo accompanied by five other counsels as defendants argued that what the plaintiff did was abuse of court processes,

“Because she had earlier filed a suit before Upper sharia Court Kano, in a suit No CV/216/20, and the court struck out the suit for lacks of jurisdiction and the appellant filed an appeal before Sharia Court of Appeal Kano,

They argued that the Judgment of Kano Upper Shari’ah court still subsist, and said its not good for the appellant to go on forum shopping by knocking at the doors of different court just to get what will please her, and asked the court to asked her to go back and follow her appeal.

Counsel to the appellant Umar Sa’id said the complainant has every right to file a suit before the Bauchi Shari’ah court because she has finished with all the cases filed in Kano and urged the court to entertain the suit and to dissolve the marriage between the complainant and her Husband.

The Presiding Judge Hussaini Turaki ordered the dissolution of the marriage and asked the plaintiff to pay the N420,000 dowry paid to them,

He give 30 days to whoever is not satisfied to file an appeal,

The counsel to the defendant husband, Usman Bappah Darazo husband filed an appeal and a motion for stay of the execution of the Judgment.

Turaki granted and execution of the judgment was stayed till the determination of the Appeal filed by the applicant before the Sharia court of Appeal Bauchi. 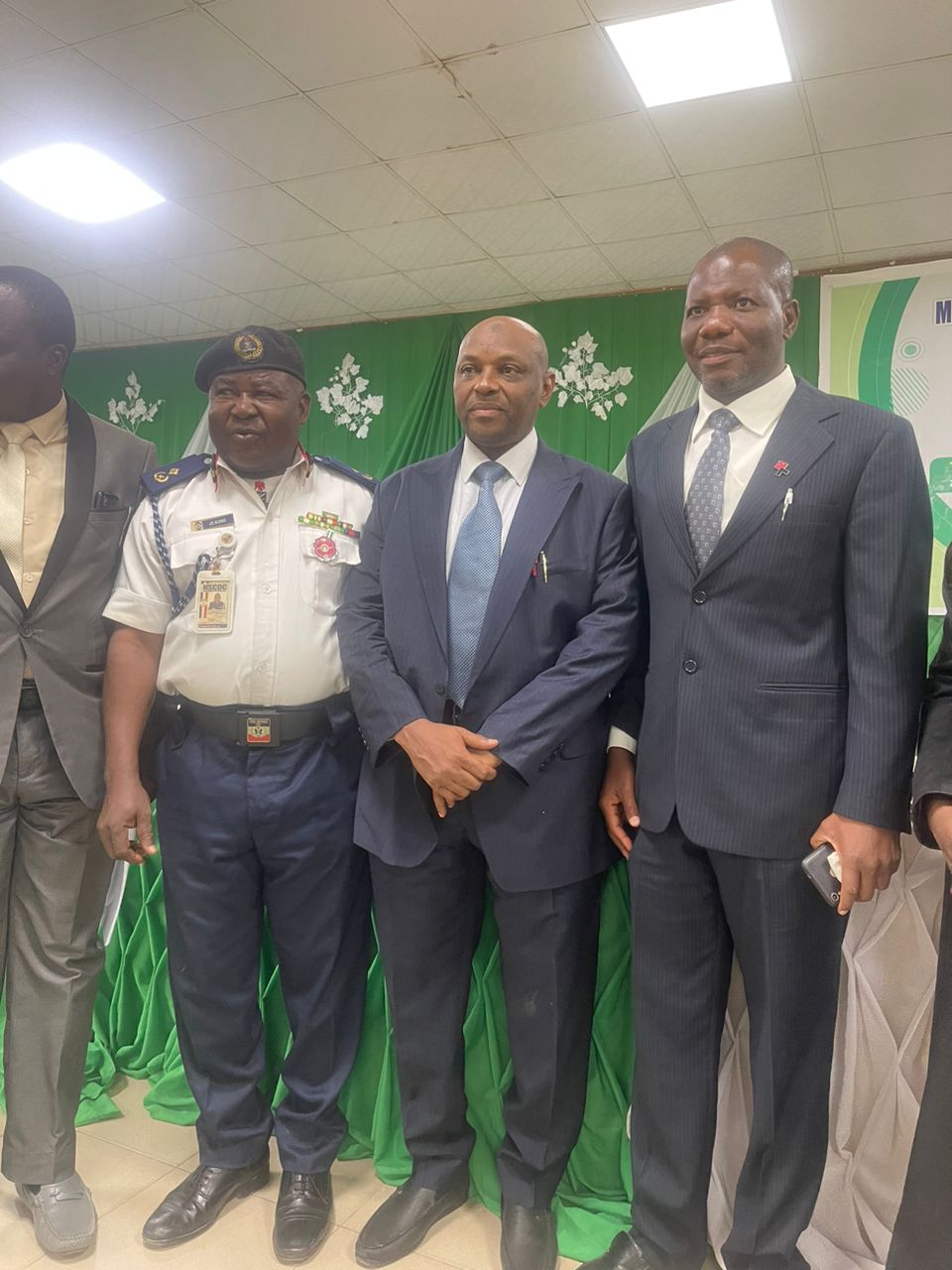 Magistrates in Bauchi state have been tasked to shun from the practice of forum shopping and granting interim orders without regard to the laid down procedure, but exercise their discretionary powers judiciously and judicially in the overall interest of justice as against any parochial or political interests.

According to the Bauchi state Magistrates Association, “If in our own case litigants decided to submit their disputes to other non-conventional judicial system on their own volition the narrative could have obviously been different”

The state chairman of Magistrates Association of Nigeria (MAN), Abdulmumini Adamu ESQ at the association’s new year event 2023 held yesterday at command house Bauchi, described as unfortunately their experience was triggered by sheer discontent with the judicial system particularly as it affects magistrate courts.

He explained that not only litigants expressed their dismay but lawyers as well on the bizarre manner people are being sent to jail over matters that are purely civil or contractual in nature or even on frivolous claims.

The chairman therefore urged the magistrates to rise above board and live up to their responsibilities with a view to restore public confidence in the judiciary as the last hope of the common man.

“It is not possible for all magistrates to be elevated to the higher bench. However, I beckon on the judiciary to do the needful in improving our welfare within the meagre available resources vide Promotions and implementations of same with the accrued benefits timely because exercising our judicial powers are always tied to our respective grades”

“The Nigerian Bar Association has the core mandate to observe, uphold and ensure the observance of the rule of law. It is therefore incumbent upon N.B.A to rise to the occasion in creating awareness amongst the citizenry and Government on the rule of law which adherence to the same will metamorphose to good governance”.

To this end, he said, lawyers have the onerous tasks to depend on the sanctity of judiciary via the instrumentality of law, and commended their efforts, saying however more needed to be done in line with their professional calling.

He also appealed to their colleagues in the private practice to desist from writing unwarranted petitions against the magistrates and judges as well on matters that right of appeal or certiorari exist and can be utilized to checkmate the excesses of the trial court if any.

Chairman Adamu noted that the path taken by some lawyers in their dealing with magistrates is not only reprehensible but also inimical to justice delivery and administration, saying the situation is already delicate and posed a grave threat to magistrates in the state.

He called on the leadership of the Nigerian Bar Association Bauchi Branch and senior lawyers in the state to intervene and salvage the situation as vanguard of the judiciary.

He stated “I am proud to intimate this August gathering that the Governor has assented to the financial autonomy bill to guarantee the independence of the judiciary in the state. This singular gesture of His Excellency is worthy of commendation”.

“This law will, among other things, ensure that allocation meant to each arm of the State government on the Consolidated Statutory Revenue Fund is promptly paid into the designated account of each arm based on the appropriation of the State for each year. This is to accentuate and make sure that the judiciary is completely independent and autonomous”.

Adamu stressed the need for continuing legal education and others like workshops, seminars and conferences to the magistrates where topical legal issues would be discussed, and expressed on some factors militate against the effective functioning of the judiciary and by extension hampers justice delivery and administration.

In his paper presentation on Admissibility of Electronically Generated Evidence under the Evidence Act, 2011, Honestly. Justice A. R. Muhammad stated that Nigerian courts contended strenuously with how to treat electronically generated documents as this was essentially because of the old evidence Act that was now repealed.

He said judicial opinions over issues relating to admissibility of electronically generated evidence were sharply divided from from the lowest court to the highest court in the land.

In her remarks the chairman of the occasion, the chief judge Bauchi state and Chairman Judicial Service Commission Honourable Justice Rabi Talatu Umar, represented by Justice Mu’azu A. Abubakar , commended the leadership of Magistrates’ Association of Nigeria in the state for their hardworking, commitment and dedication.

Justice Rabi Talatu Umar, promised to deal with any judge found wanting in disrupting the sanity of the judicial system in the state. 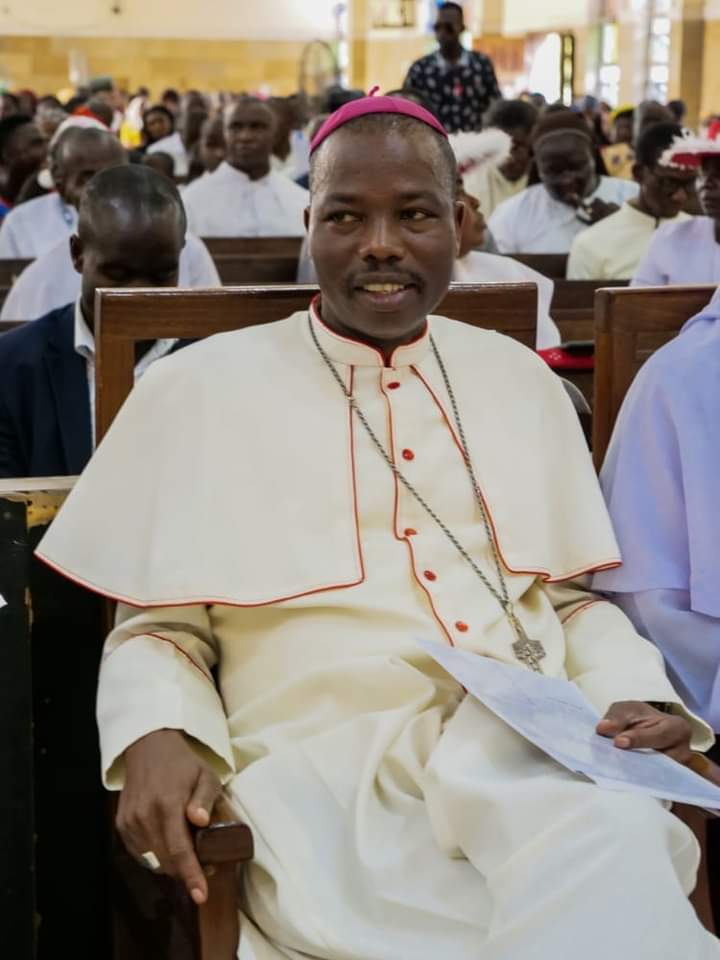 The Catholic Bishop of Yola Diocese, Most Reverend Stephen Dami Mamza has stressed the need for the judiciary to speed up justice delivery to assist in decongesting correctional centers across the country.

The cleric made this known while presenting Christmas gifts to inmates of Jimeta Correctional centre saying it is unfair for a suspect to await trial  for more than five years.

A supposedly moment of celebration took a different dimension when the inmate narrate their pitiable ordeal as no one there escaped the pouring emotions of their situational stories, not even the Bishop.

He brought Christmas bounties for inmates of Jimeta Correctional center to celebrate the festive season as a sign of love which he often preached.

In Jimeta correctional center, currently, there are 422 open out, 121 convicted, and 301 awaiting trial.

The inmates are overwhelmed with excitement, a show of gratitude to Bishop Mamza and the Catholic Diocese of Yola.

A visit to correctional centers during festive periods like this is a tradition for Bishop Mamza. 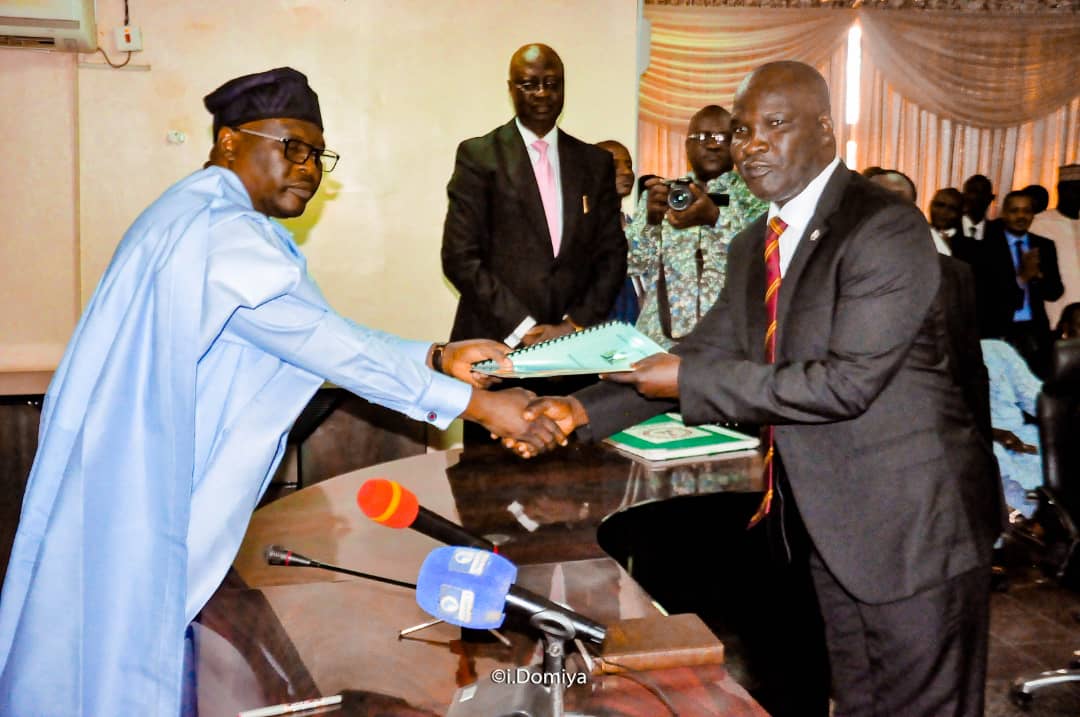 At the ceremony held in the Council Chambers, Government House, Yola, Governor Umaru Fintiri while congralating Justice Balami for his elevation, described his appointment as based on merit.

The Governor stressed that, since inception, his administration has kept the principles of separation of power by adhering to seniority in appointment of heads of courts in the state.

Governor Fintiri announced his readiness to write to National Judicial Service Commission (NJC) for Justice Balami’s confirmation among others in acting capacity.

The Governor charged Justice Balami to Bring fundamental changes in the judiciary, stressing that justice delayed is Justice denied and noted that his capability is not in doubt as someone who has gone through the system.

He reaffirmed his administration’s commitment to keep the support to Judiciary and however asked the citizenry to make Adamawa compete with committee of states in the country.

In his vote of thanks, Hon Justice James Audu Balami said he was overwhelmed and indepted to Governor Fintiri for his appointment and pledged to strickly adhere to the oath of office he subscribed to.

The oath of office and allegiance were administered on the new Acting President Customary Court of Appeal, Justice James Audu Balami by the Acting State Chief Judge, Justice Hafsat Abdurrahman.