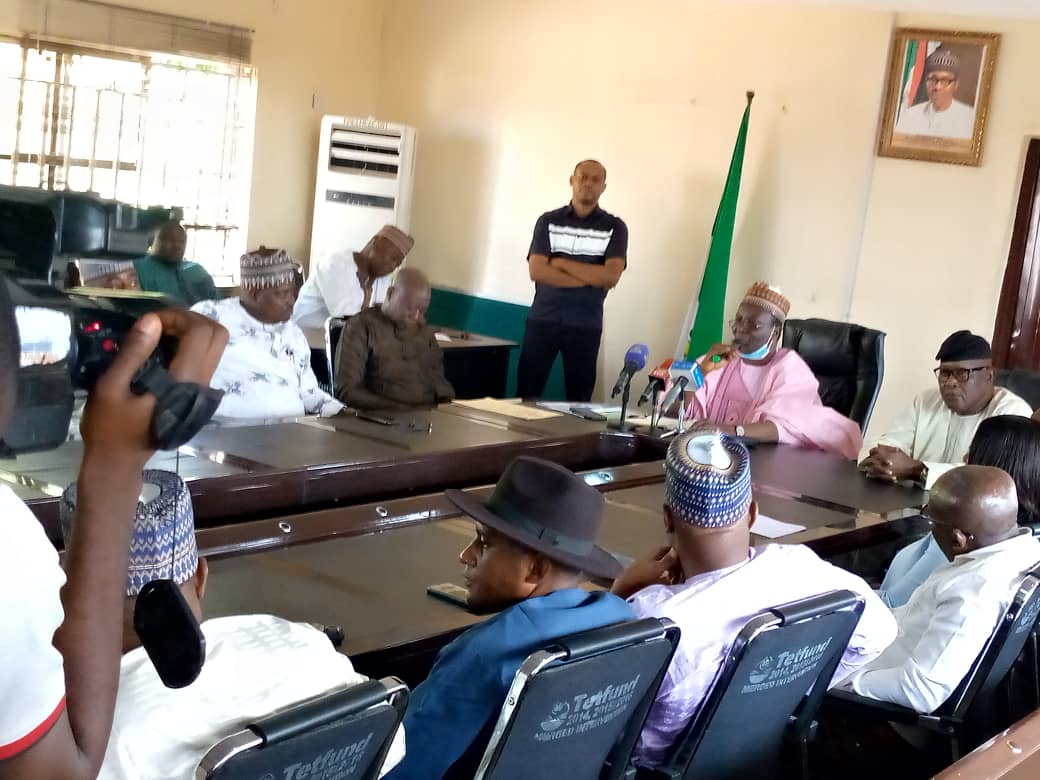 The Vice-Chancellor of the Federal University Wukari in Taraba State, Prof. Jude Rabo has appealed for the intervention of people of goodwill, philanthropists, and donor agencies in the provision of hostels accommodation on campus in the Wukari local government area of the state.

The Vice-Chancellor who made the plea in Wukari on Friday at a press conference to herald the 3rd convocation ceremony of the Institution which comes up today Saturday 12 February 2022 also urged for staff quarters to enhance the process of learning and teaching in the new institution.

He identified the lack of adequate accommodation on campus for both staff and students as one of the major challenges of the University.

Rebo observed that more than 90 percent of the population of the Institution stayed off-campus, adding that such a situation had very serious security challenges on both staff and students.

He called on sons and daughters of Taraba, as well as people of goodwill to embark on partnering with the Institution on this aspect of development.

While commending the federal government for the ongoing construction of the Ibi bridge across the river to link Wukari to other parts of the country, Prof. Rebo pointed out that when completed it would increase the interests of candidates seeking admission, visiting lecturers, as well as researchers that may want to carry out studies in the institution.

Apart from the provision of infrastructure, he said there was a tremendous improvement in research by scholars of University in the area of agriculture and animal production.

Currently, he said, the Federal University Wukari was working on the template of improving the quality and quantity of beef and milk by crossbreeding exotic animals with the local breeds.

According to the VC, Prof. Jude Rabo the advantage, in the long run, would be disease-resistant breeds with an improved quantity of meat and better milk yield.

However, he commended the Tertiary Education Development Fund (Tedfund) for carrying out a large number of projects in the Institution.

In an interview, the SUG President of the University, Comrade Atsen Marshal described the Vice-Chancellor, Prof. Jude Sammani Rabo as a father who does not joke with the welfare of students.

“So far so good, the man has tried most especially in terms of sporting activities because when he came in, the last Vice-chancellors’ Cup that we had we saw what the man did from the opening to the closing ceremony everything was successful, in fact the man was there himself to even awarded the best team” Marshal revealed.

The Students’ Union President also commended the VC for promising them to provide a volleyball cut in the university, while he urged the management of the institution to improve social activities within the campus.