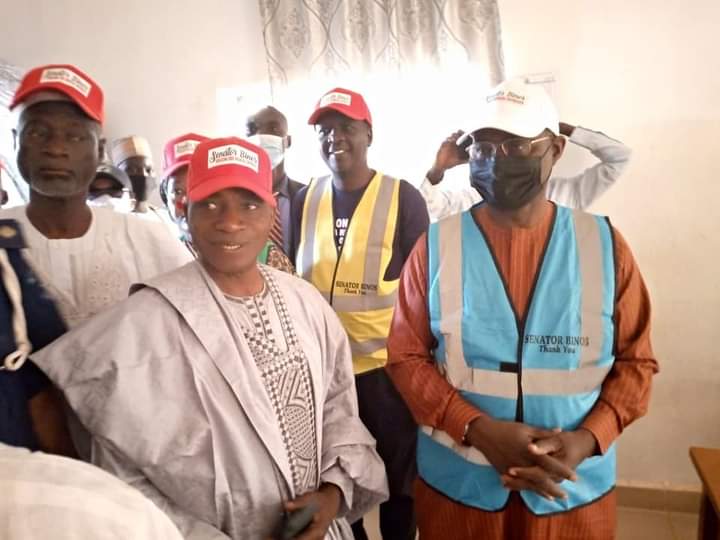 The senator has so far conducted eight medical outreaches in eight out of the nine local governments of his senatorial zone aimed at providing free medical services to the poorest of the poor who do not have the financial muscle to bankroll such services.

Speaking during the closing ceremony of the exercise in Shelleng, Thursday, the Senator informed residents of Lamurde, the last local government to be covered to prepare for their turn in June this year.

He said a grand finale of the outreach will be conducted which will be followed by a special outreach to cater for people suffering from eye challenges identified as the biggest medical health challenge in the area.

“When I started this medical outreach, I said my intention is to go round all the 9 local Governments of Adamawa south and with this one, we have done in Shelleng, we have only Lamurde local government to complete and before the end of June, we will do that one.

“But in addition to going round the local governments, I will do another big one that will be a grand finale which will take more days we also intend to do special outreach for eye problems.

“Eye problems is one single largest challenge that people have here. We usually have more eyes cases than other cases so it is an issue in this area and in all the places we have gone, we have seen a large turned out of people with eye problems so we intend to do a special outreach just for eye problems and with that before the end of my tenure, we must have attended to all the people we think we may have reached,” he said.

He further expressed satisfaction with the impact and successes of the intervention saying that, he feel fulfilled that his intervention in this regard has bring succour to his people and is being appreciated by the masses.

“I’m actually more than satisfied and fulfilled because everywhere we go, we have seen a large turn out of people. We have intervened in a number of cases, all forms of medical cases and people have shown appreciation for what we are doing. So I’m highly satisfied with the result we are getting. Its like even if you stay here for a month we will not be able to finish the cases.

“These are small small problems that people have but because the don’t have the means to access medical attention, they just carry them on their bodies but these interventions have bring succour to our people who otherwise could not have found help,” he said.

According to him, Shelleng outreach is in collaboration with the National Primary Healthcare Development Agency (NPHCDA) who appreciated his efforts in carrying out this medical outreaches in seven local governments before now hence their decision to come in and support him to conduct the one in Shelleng local government in the spirit of collaboration.

Speaking, the lead consultant and head of the medical team, Dr.Telemoh Dah said, during the Shelleng outreach, more than 6000 people with various ailments have been treated.

Breaking down the number, Dr Dah said those treated include; 198 surgeries and 1234 dental cases among others.