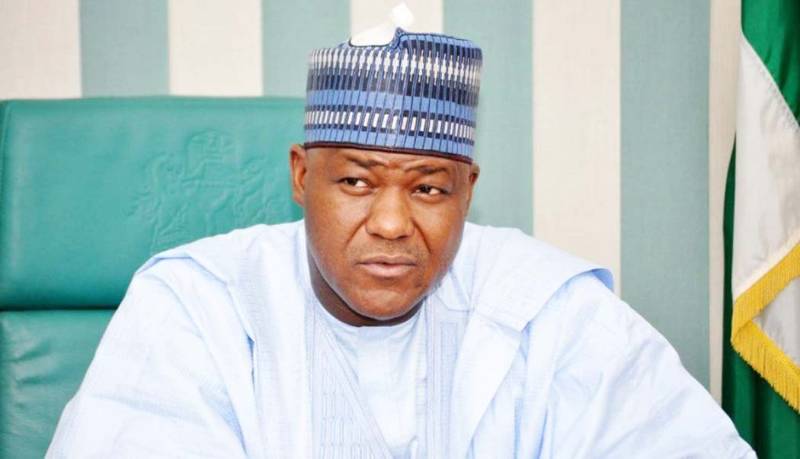 Ex Speaker House of Representative Mr Yakubu Dogara has said that he was not informed of allegations against him of wrongdoing that are pending before the Bauchi Emirate Council.

Our correspondent reports that the Bauchi Emirate Council issued a statement of suspension of the title of Jakadan Bauchi on the former Speaker Yakubu Dogara.

Dogara in a statement made available to Journalists on Tuesday in Bauchi said “I was never informed that there was an allegation of wrongdoing against me pending before the Emirate Council. ,”

” As of today, I am yet to be served with any letter of suspension and will be more tenuous,” he said.

“But because there is a ludicrous and legally inchoate criminal complaint filed against me and others by the Governor of Bauchi State and his money bag lackey who are at the center of it all,

“I have decided to state my own side of the story as several well wishers and even the press have inundated me with requests to respond to events of yesterday so that I am not convicted in the court of public opinion,” the former Speaker said.

Dogara pointed out that on close examination he noticed that the letter of suspension as seen on social media is not contained in the real letterhead of Bauchi Emirate Council.

“That speaks volumes. More so, the reason for the suspension, if true, was that my “name was mentioned,” which clearly is hearsay,” he said.

He said the Bauchi Emirate is one of the oldest in the country and he doubted they would take a decision based on hearsay, especially when he is very available and can be invited to appear before the Emirate council to face any allegations of wrongdoing.

“This, if true, is no doubt a violation of my constitutionally guaranteed right to fair hearing. It is additionally alleged in the letter under reference that I didn’t sympathize with the two Emirs over the unfortunate incident involving them,

“Which is totally untrue. I therefore reproduce below the message I sent to the two Emirs in the aftermath of the incident for all to see

According to him, the letter reads “I wish to write and extend my sympathies to you over the unfortunate incident involving your entourage while making your way from Bauchi to Bogoro earlier today.

” It is a huge embarrassment to all of us in my Constituency and the entire State which I totally condemn and disavow.

“It is worth noting that I would have loved to personally visit to extend my apologies on behalf of my constituents.

“But I know that such a visit would be misconstrued as was the case in the past when the gates of some palaces were shut anytime I visited as Speaker.