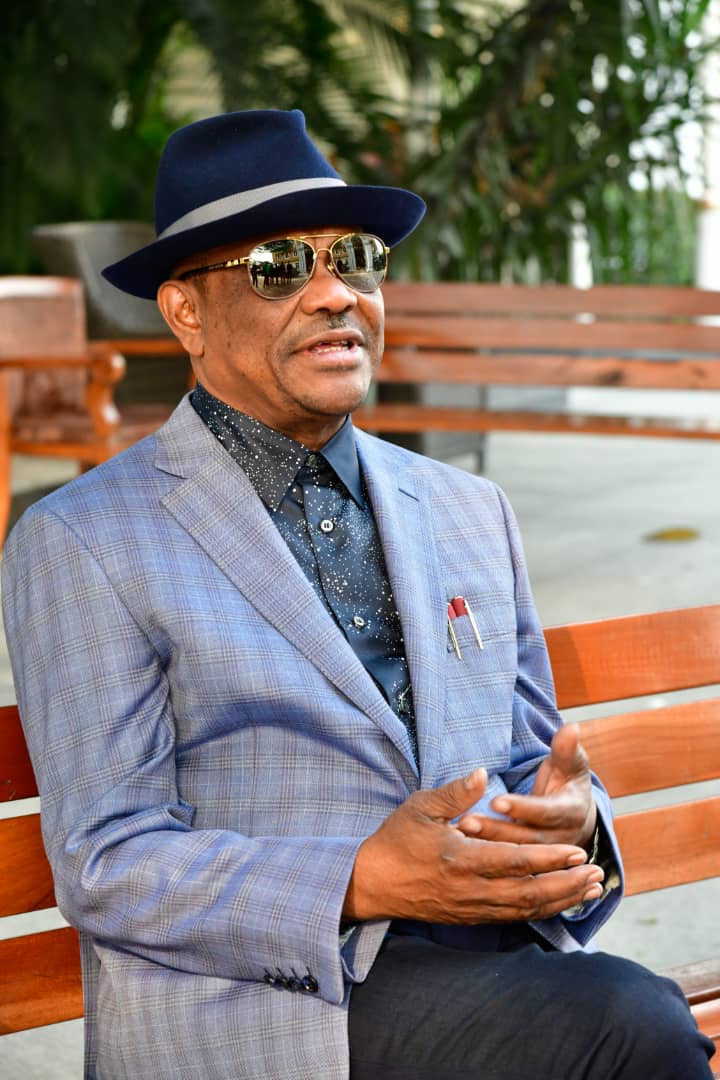 …Wike SAYS ITS VICTORY FOR DEMOCRACY

A Federal High Court sitting in Abuja has declared as unconstitutional the Federal Government’s deduction of funds directly from the Federation Account to fund the Nigeria Police Force (NPF) in line with Section 4(1)(a) and (b) of the Nigeria Police Trust Fund (Establishment) Act 2019.

Justice Mohammed asserted the provisions of Section 4(1)(a) and (b) of the Nigeria Police Trust Fund (Establishment) Act 2019, that requires the Federal Government to deduct 0.05 per cent of any funds in the Federation Account and 0.005 per cent of the net profit of companies operating in the country to fund the police are unconstitutional.

The judge said the provisions of Section 4(1) (a) and (b) in the Nigeria Police Trust Fund Act are inconsistent to the provisions of Section 162(1) and (3) of the 1999 Constitution as amended, that explicitly stated that the payment of total revenue collected by the Government of the Federation, including levies and taxes, must be paid into the Federation Account for sharing among the three tiers of government.

Justice Mohammed said the court agreed with Rivers State contention that, by virtue of Section 162 (3) of the Nigerian Constitution, funds standing to the credit of the Federation Account “can only be distributed among the Federal, State and Local governments in each State of federation and not directly to any agency of the Federal government, including the Nigeria Police Force.”

He said by the provision of Section 162(3) of the Constitution, no other entity, outside the three tiers of government is entitle to partake in the sharing of funds standing to the credit of the Federation Account. And based on this, he said Section 4(1) (a) and (b) in the Nigeria Police Trust Fund Act are at variance with the provision of Section 162(3) of the 1999 Constitution as amended.

He ordered the Federal Government to refund to the Rivers State Government its share of the funds from the Federation Account that have been illegally deducted since it commenced the deduction of funds based on provisions of Section 4(1) (a) and (b) in the Nigeria Police Trust Fund Act.

Justice Mohammed granted reliefs 1, 2, 3, 4, 5 and 7 as prayed by the plaintiff, and in respect of reliefs 6 and 8 the relate to refund, the judge said they should apply to Rivers States.

The trial judge, meanwhile, declined to grant similar order of refund to the other 35 States on the ground that they were not parties in the suit. According to him, Rivers State as the plaintiff in the suit, did not file it on behalf of other States.

Rivers State governor, Nyesom Ezenwo Wike in his reaction, said the court verdict is a resounding victory for democracy because the Nigeria Police Trust Fund Act which the Federal Government relied on deduct funds from the Federation Account is in contravention of the 1999 Constitution.

“For me, it is a victory for democracy. And I have always told people, it is not whether you must win or not, but it is a matter of when you see issues that you think are in contravention of our Constitution and other laws, there is nothing wrong for you to challenge it, so that the right thing can be done.

“After all, if the money is given back to us, we can still on our own say police, we want to support you with this. But not the Federal Government arbitrarily deducting our money from the Federation Account and putting it to Police Trust Fund. I don’t think that, that is right and I thank God that today the court has made a clear pronouncement on it.”

The governor, acknowledged that though the National Assembly is constitutionally empowered to enact laws, in enacting the Police Trust Fund Act, they went beyond their powers by contravening the provisions of the Constitution of Nigeria.

Speaking further on the order of the court that the State government should be refunded the money deducted from its share to fund the police, Governor Wike said the order will put an end to impunity.

“We are happy that the court has said that they should refund us all the money deducted and luckily the principal parties, Revenue Mobilization and Fiscal Commission, the Accountant General, Attorney General Office they are all involve in the case.

“…It is not about Rivers State, but it is about the impunity, it is about the violation of the constitution as if anybody can wake up one early morning and just decide to do one or two things, which is wrong. And I am happy that the decision we took, we are not wrong and I thank my legal team.”

How We Discovered Rivers’ Aircraft Secretly Abandoned In Germany – Wike