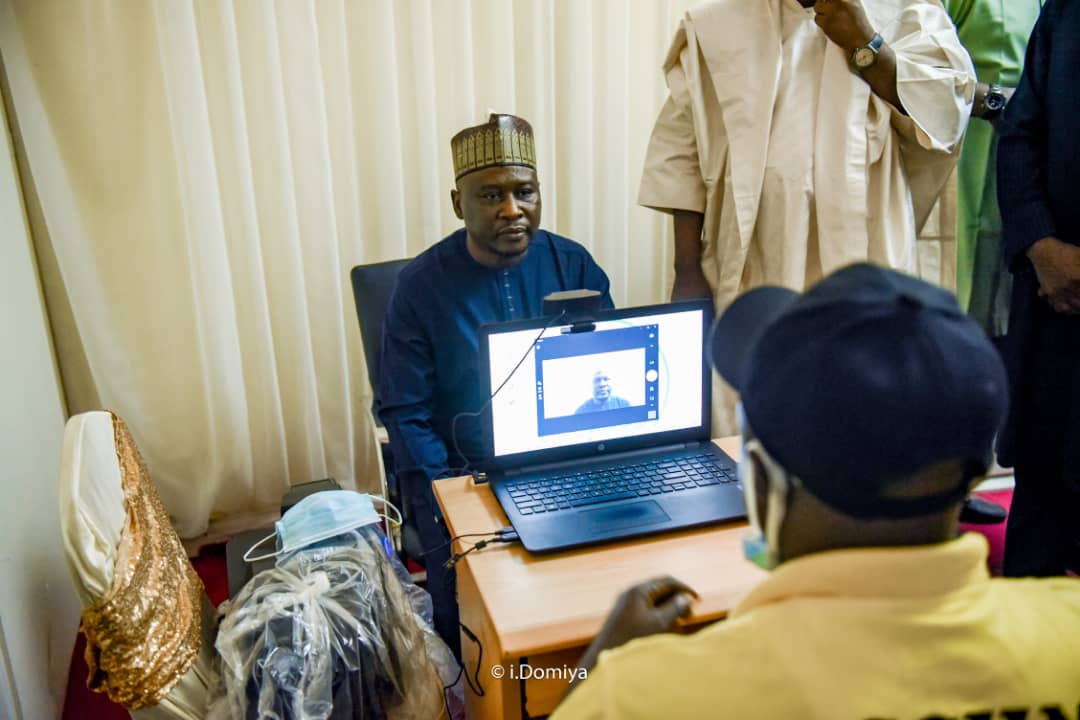 While launching the scheme under the Adamawa State Contributory Health Management Agency (ASCHMA) in partnership with National Health Insurance Scheme, Governor Fintiri assured the organized labour that no worker will be shortchanged under his watch.

The Governor while speaking at the Banquet Hall Government House, Yola said the initiative is his “administration’s strategic commitment to ensuring all residents of Adamawa State have access to needed promotive, preventive, curative and rehabilitative health services with sufficient quality and equitable delivery without subjecting the people to financial hardship attendant upon by avoidable medical bills which are most often imposed unprepared.”

The fundamental objective of the scheme according to the Governor is to create a platform that pool resources to enable citizens of the State have access to healthcare without paying at the point of access.

He reiterated that Healthcare is an integral part of his 11 Point Agenda, carefully crafted to provide the required compass in improving the lots of people and developing the State and have always maintained that as deeply rooted in its philosophy of “no one is left behind and nothing is left untouched.”

By way of reflection, he said when he assumed office, “Health Indices in the State was at its all-time, lowest ebb; with Maternal Mortality at 576/100,000 Live Births, Under-Five Mortality at 132/1,000 Live Births while 76% of Adamawa citizens pay out-of-pocket to access health services.”

His administration, he further stated has paid the required Counterpart Fund that enabled the State benefit from the Basic Health Care Provision Fund (BHCPF) hence 29,043 of People living with Disability, Pregnant Women, Children Below Five Years, Internally Displaced Persons and Indigents have been enrolled to access Health Services without paying at the point of accessing Health Care Services and have further have earmarked Equity Fund as provided for in the law establishing the agency to incrementally expand coverage of more Vulnerable Population across all the 226 wards of Adamawa State.

Earlier, the Executive Secretary National Health Insurance Scheme Prof Muhd Nasir Sambo said the ASCHMA is In alignment with the objectives of achieving universal health coverage which is one of the top priorities on the global health agenda.

He gave kudos to Governor Fintiri for his laudable achievements which he said are worth emulation especially in the health care sector.

Chairman ASCHMA, Dr Amos Ujulu while lauding the foresight of the Governor, said 29,043 beneficiaries cut across the 226 wards have so far been enrolled to access effective health care services across all primary health care centers in the state

Contributing Commissioner of health and human services, Prof Abdullahi Isa said the initiative is a demonstration of strong political will by the Fintiri’s administration to ensuring people irrespective of status have access to affordable and quality health care service urging all to utilize the offer.

In their Goodwill messages Homun Alhamdu Gladstone Teneke,Alh Gambo Jika,Representative of State CAN,state NLC Chairman Comrade Emmanuel Fashe and Alh Mai Yakubu representing NPHCDA lauded the initiative of the state government and assured of their determination to contribute by sensitizing their subjects and followers to avail themselves for enrollment into such a laudable programme.

Highlights of the unveiling was the enrollment of Governor Fintiri,distribution of cards to some beneficiaries and a playlet.