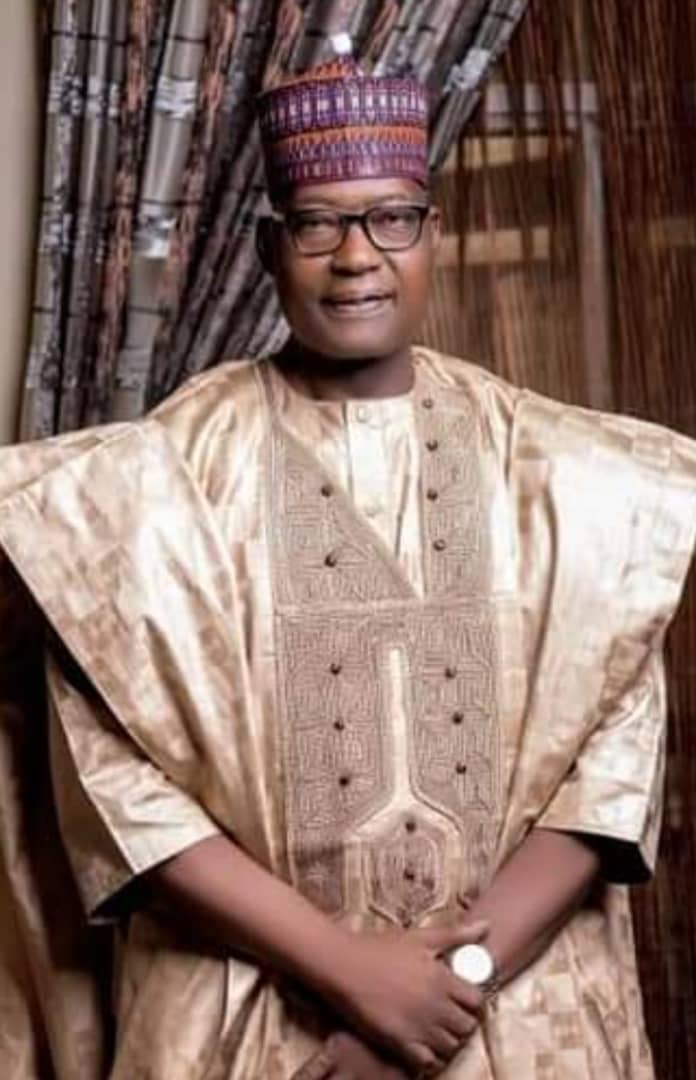 Congratulating Sir Joshua T Abu, a teacher and mentor, on his Birthday

The teacher has this day attained a fulfilled and to God the glory 70 years of age.

The mentor’s spirit encouraged me in the late 90s and early 2000, while rendering a free of charge, part-time service with ATV Yola as a programme producer of Youth Panorama, Know Your Right and Our Constitution, a professional social responsibility after serving the nation through NYSC.

Abu, who has this day steps into fitting septuagenarian shoes was the National Orientation Agency, NOA boss in Adamawa state. He was the most among my prominent guests to the ATV Yola studio for a discussion programmes aimed at education and enlightenment as a social responsibility.

Whenever I had a discouraging disappointed with an invited guest, NOA boss was the 11th hour option, my richly backup beyond the reach of failure.

I received commendations from viewers who would not get bored with the new and additional knowledge imparted by and from the Abu’s articulations either on “Know Your Right” or “Our Constitution” programmes; the impact was indeed beyond comment.

The last I had, what may be referred to as television encounter with Sir Abu was about a decade or more ago when I was invited to “Safiya,” a Gotel Communications’ live, popular discussion programme with Suwaiba, then as presenter; not as a producer but as a resource person, a guest.

The TV magnet didn’t tell me that I would be on air with my mentor, I would have manipulated a rejection. I also arrived few minutes before my mentor could, I would have forced myself to learning the Michael Jackson’s dance step; backslide to my vehicle and zoom off rather unnoticed. It would not have failed, the programme would have had a one man many resource persons.

“Suwaiba you aren’t fair to me. Mr Joshua Abu is my teacher and mentor, yet you’ve invited me to the discussion table with him…” I queried.

Suwaiba simply smiled, with the excuse that she didn’t know that she was bringing a mentor and mentee to a discussion table together.

My teacher however saved the situation as much as he guided the discussion, giving me the credit by elaborating, to the fullest compression of the entire categories of viewers, on the points I raised, rather than downplaying same; bringing out the mentor in him; the ‘Abuknowledge’ in ‘Joshuastyle’.

It was actually my first appearance in TV Gotel’s discussion programme.

The septuagenarian, a mentor commended me as worthy mentee with two too simple, short and straight forward words, impressive expression of satisfaction; “weldon Dodo”.

The topic of discussion was “Community Service as a Social Responsibility”. It remains fresh in my memory.

This day, I have the honour of saluting Sir Joshua T. Abu at 70 and still counting; contributing to the country, community and humanity as a social responsibility, following what he wrote on his Facebook page, appreciating God’s gift, God’s favour: “On this Special Day!

“Heavenly Redeemer, I come before you today with a humble and contrite heart to thank you for allowing me to celebrate yet another year of my life – this time a Very Special One of attaining the Biblical Age of 70 (Psalms 90:10, NKJV).

“My being alive and healthy today, is as a result of none other than the Almighty God. Everything I have and all that I am, are proofs of His endless love over me.

“I thank God for the priceless gift of life that He has given me, and for the wonderful people He has put in my life.

“Lord, please keep sadness away from my heart and worries from my mind. Bless me with a life of happiness, good health, and bountiful blessings.
Happy Birthday to me!

“Friends join me in praising God for this Special Day – being my 70th Birthday Anniversary!”

Wishing you a happy birthday celebration sir. You truly look contented, healthy, younger and stronger, than your age at 70.

YEDC To Customers: Increase In Electricity Supply Responsible For High Charges In Jan