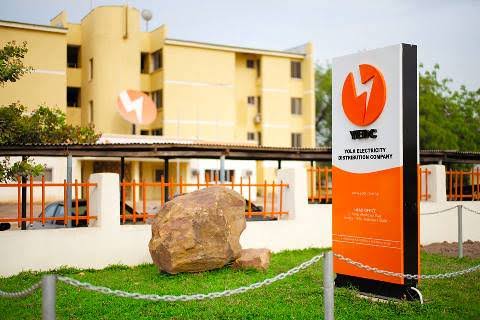 Residents of Yola, the Adamawa State capital have protested against what they described as “crazy electricity bills” by Quest Electricity Nigeria Limited.

The Federal Government, through the Bureau for Public Enterprises (BPE) sold the company to Quest Electricity Nigeria Limited at a cost of N19 billion.

Mr Umara Mustapha, the former Managing Director of YEDC, officially handed over it to the new management on Dec. 31, 2021.

The BPE said the new company planned to invest ₦28 billion into the YEDC to improve its operation.

However, Quest Electricity Nigeria limited , after taken over two weeks ago, reportedly increased the electricity tariff by over 100 per cent.

A cross section of Yola residents who spoke to Journalists on Saturday over the new electricity tariff described it as a new method of slavery.

Mr Haruna David, a private Consultant and building engineer based in Yola, said that no civilised society would allow or accept such unexpected spurious charges.

“The new company, Quest Electricity Nigeria limited , after taking over two weeks ago, increased the electricity tariff by over 100 per cent unleashing hardship on Adamawa People.

“I have two bedroom apartment at Karewa area, where on monthly basis I pay a bill of ₦11,736. However, yesterday I was served with a bill of ₦30, 795 naira, ” David said.

He said that it is not possible for him to pay the new tariff.

Mr Muhammed Lawal, a civil servant and resident of Jimeta said he pays ₦11,764 on a monthly basis but that on Friday he was served with a new tariff bill of ₦23,832.

“Though we are aware, during the sales agreement with BPE, that the company would inject about ₦28 billion to improve the operations.

“So, in less than 14 days after taking over from government, the company want to generate ₦28 billion naira through milking poor Nigerians,” Lawal said.

He said that they are mobilising people to reject the ‘ungodly’ charges and at the same time calling on the federal government to look into the situation for immidiate solution.

Mr Hassan Musa, a businessman in Yola, said that the increase in the electricity supply bill was done at a wrong time and with bad intention.

He alleged that electricity company did not buy YEDC to solve the epileptic power problem, but to extort poor Nigerians.

“It is unfortunate that the company, within two weeks of taking over, and laying off about 75 per cent YEDC staff, increased the customer’s monthly bill by over 100 per cent,” Musa said.

Other residents of Jimeta Old market, Shinko, Jambutu in Yola North; Yolde Pate, Wuro Hausa and Hayin Gada in Yola South and Girei LGAs rejected the charges and returned the monthly bills to the company .

The residents directed the company to remove their cables declaring lack of interest in their power supply.

“And you know, no company operates to lose,”Jimeta said.