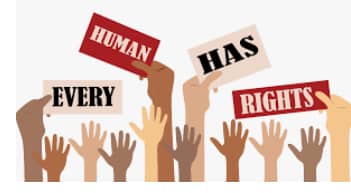 A Lagos based human right group, planning to establish a northeast zone office in Yola, Adamawa state said would forward a letter seeking for permission from the ruling family, for free legal service to challenge the state governor before the law, for an order of enforcement, following the undue, seeming politically influenced, apparently prolonged delay in the implementation of courts order, the group considered as unpalatable to democratic taste, reason, religion and rule of law, in a region recovering from the devastation occasioned by insurgency.

“Over eight years after death, over three years after a high court judgement, over two years of Fintiri led government and over one year with the determination of the appeal court that upholds the earlier high court judgement, the court order will not be implemented, even when other chiefdoms and districts in the state, that within a year after the demise of their traditional chiefs, the executive approval of appointments of successors were granted.

“The fantastic denial by prolonged delay in the implementation of justice; the approval by the Adamawa state governor of appointment of Barr Mahmud Abubakar, is unconstitutional, hence must be challenged before the law”.

The group argued that eight years make two tenures of the elected executives and legislators; this goes to explain the delay Jalingo-Maiha district experiences and the barrenness the district head palace suffers to this day.

An elder in Maiha observed that, if the request of the human right group is granted by the Jalingo-Maiha legitimate ruling family for free legal services; to go to court and file for an Order of Enforcement, Rt Hon Fintiri would be the third governor after Mr. Wilberforce Juta and Sen. Muhammadu Umaru Jibrilla, popularly known as Bindow, to face the law over Jalingo-Maiha district headship.

Both late Juta and Bindow have suffered humiliating defeat before the law with the ages old ruling family standing tall in victory out of peace, patience and perseverance.

In the early 80s, for reason purely ‘politicotribal’ ignorantly hatched, Juta as acting governor, undemocratically, unconstitutionally expelled the district heads of Jalingo-Maiha and Belel. The Juta-a-za-tion of monarchy in Maiha was quashed before the law by the then Justice Buba Ardo of blessed memory and the expelled district heads were eventually reinstated by the then Military Governor Muhammadu Jega, who himself hailed from aristocratic family.

About thirty five years later, the legitimate heir whose named was recommended by the Emirate Council to the governor for approval of appointment, challenged the then governor Bindow before the law for appointing the unrecommended for a district head, who incidentally is the son of the candidate appointment by Juta as district head of Jalingo-Maiha that the court humiliated.

Governor Bindow, for reasons he would not disclose, declined to honour a high court order to right the wrongs before his tenure was terminated by the aggrieved electorates.

On several occasions, Jalingo-Maiha jubilated the victory they were not to celebrate owing to the extended executive undue delay by the present governor, to approve the appointment of the Emirate Council selected, courts declared district head. The question that is remained to be asked is why the delay?

A Friday Qutba last week cautioned against undue delay in the delivery and implementation of judgement, in the payment for services rendered, in debt servicing as much as in the delay for obligatory prayers and other compulsory due rites.

In legal parlance, it is said that justice delayed is justice denied. The literary critic would articulate that there is the uncontrolled unconscious bias associated with the delay in the implementation of justice.

Coin has two sides, hence the paradox; pros and cons. The law and the leader ought to stand in justice with the innocent led, the delay in the implementation of justice invariably means taking sympathy with the unjust.

Elaborating the point, two women claiming motherhood were presented before a Prophet. They both claimed to have given birth to the child in question. The Prophet ruled that since there was no sufficient convincing evidence by either of the women, the child should be cut into two parts to be shared between the women. While one welcomed the idea with gladness, the other, considering how lifeless the child would be to have him cut into two, pleaded with the Prophet to spare the life of the child. No one would need to tell the gathering, the legitimate mother between the two women.

The humiliated before the law would rather celebrate the prolonged undue executive delay in the approval of the appointment of the Emirate Council’s selected, court declared district head of Jalingo-Maiha than to wish for the prompt implementation of the courts order.

The good, concerned youths of Jalingo-Maiha who are disenchanted with the prolonged executive delay in the approval of the appointment of their legitimate district head sought to know whether “Jalingo-Maiha and/or the ruling family, has in any way offended and/or offend(s) the state or the governor(s) to have warranted such treatment?

“The palace lost stepmother and the queen mother, not a condolence was registered by the governor who has also not visited the local government after the campaign visit over two years ago.

“Is the governor delaying the approval of appointment of our district head, even if not till kingdom come, till electioneering period?

“Could the ruling family honour the request; allow the human right group to challenge the Adamawa state governor before the law, against undue prolonged delay in honouring the long overdue courts order?”

The Worsening Of Insecurity In Northern Nigeria