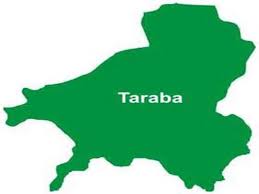 There is crossfire between the Taraba State government, the Aku Uka’s Palace and some aggrieved indigenes of Wukari over the final burial rites of the late Aku Uka of Wukari, Dr Shekarau Angyu Masa-Ibi II who died in October last year.

Sources in the Palace told our correspondent on Wednesday that the final burial rites of the late Aku Uka which was billed to commence on January 14 2022 were being threatened to owe to poor funding of the burial committee.

“The Committee had last year approached the State government through the Bureau for Local Government and Chieftaincy Affairs for funding, but got no response.

“Constrained by the development, the committee wrote a letter soliciting for funds among Kwararafa sons and daughters which did not down well with the state government,” the source said.

Reacting to the purported letter soliciting for funds, Governor Darius Ishaku through his Special Adviser on Media and Publicity, said he finds step purportedly taken by the Planning Committee not only distasteful but highly embarrassing to the entire Kwararafa Race.

According to him, the Kwararafa people do not need to publicly solicit funds to bury their traditional leader, a man who occupied one of Nigeria’s foremost traditional stools for 45 years and provided the most dedicated and patriotic service for which the nation remains eternally grateful to him.

The statement read, “the Late Aku Uka could and would be honoured with one of the most outstanding rights of passage at the appropriate time with the state government playing a leading role.

“Those behind the so-called letter soliciting for donations for this burial programmes should withdraw it immediately and stop any further step that could further embarrass the state government and the entire Kwararafa people.”

Mr. Bala Useni, Secretary to the Wukari Traditional Council had on Wednesday morning issued a statement urging the public to disregard the letter.

“The council further regrets any inconvenience and embarrassment the letter might have caused,” said Useni.

But in a swift reaction in support of the letter soliciting for funds, Mr. Apaji Ezekiel from Wukari in a statement made available to our correspondent said, if the state government had responded to the committee’s request, they would not have gone public soliciting for funds.

“For the record, our traditional rulers have never been hungry and ruled with an empty stomach in the history of our land as when our son becomes a Governor.

“During the tenure of former Governor Rev Jolly Nyame, we got a befitting Palace with outstanding allowances that made the traditional council enviable of all sons and daughters of the land late Pharm. Danbaba D. Suntai maintained the status quo, but for the past 6 years, we know how these councils have been left unfunded and abandoned with months of outstanding salaries.

“We are more disappointed in the Taraba state government for abandoning our fathers to the point of them going public seeking help against the Jukun tradition.

“We, therefore, stand with the Wukari Traditional Council even though it’s against our culture to go begging, but it’s better to beg than to steal or covet people’s properties,” Ezekiel said.