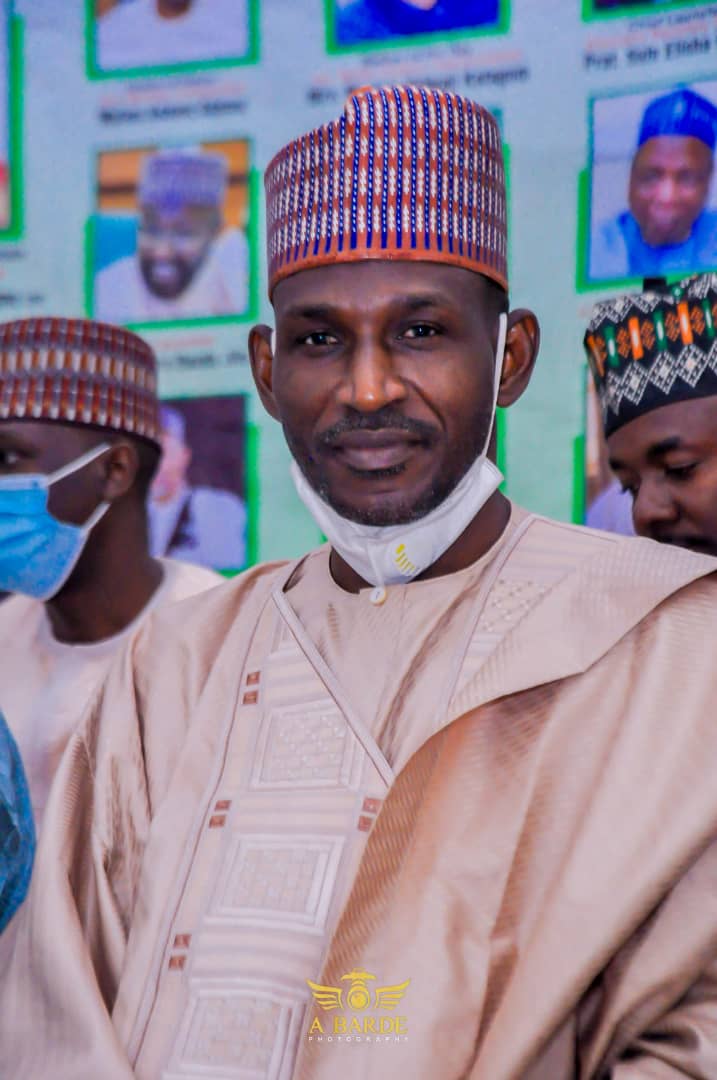 When a person dies, all that he or she has are inherited by other relatives and nothing of benefit goes to him or her except knowledge which he or she taught someone; lecturers therefore are the benefactors to these undying impacts.

Some people are naturally life-supporters, positive influencers and education givers to the known and unknown; all these qualities can be found in no other person than Dr. Adamu Saidu who is the current Rector of Abubakar Tatari Ali Polytechnic.

One of the biggest legacies worth remembering by Dr. Adamu is that he built an ever-lasting mutual and cordial relationship between staff and students which made ATAP a crime-free institution when compared with others.

Dr. Alhaji Adamu was born in Bauchi 54 years ago to the family of Late Saidu Adamu and late Hajiya Fatima Muhammad Bello. Adamu’s educational struggles started in Shekal Primary School and after that he moved to Government Secondary School, Futuk. From there he proceeded to Federal Polytechnic Bauchi for his A.E.O Certificate, he did a Diploma and Advance Diploma Business Management from 1997-1999 at Abubakar Tafawa Balewa.

After accomplishing the afore-mentioned schools, he started working with Hospital Management Board as an Assistant Executive Officer in 1991 and rose to the rank of Chief Executive Officer. He served as an Administrative Hospital Secretary in General Hospital Shira/Yana, Ningi, Darazo, and Toro from 1991 down to 2003.

The selfless Dr. Saidu saw the need to render his services to people through education, hence started full teaching career as a Lecturer with the College of Administrative and Business Studies (CABS) Azare, the college was later merged with ATAP; he rose to the position of Principal Lecturer. He has several academic publications both national and international to his credit, he was appointed as Rector of ATAP in 2020 and fortunately he is an erudite academician as well as experienced administrator who is equal to the tasks.

Knowing fully that time waits for nobody made Dr. Adamu Saidu immediately after his appointment as Rector put into practice the policies of most developed countries; which is continuity of projects; almost all unfinished projects by his predecessor are given due considerations. The emergence of Dr. Saidu as Rector has brought immense transformations ranging from road networks and culverts, power and water supply, lecturers-students’ relations, etc has improved.

To widen the horizons for both lecturers and students, Dr. Adamu had paved way for other institutions to be conducting their researches and studies in the school thereby making it favorable for knowledge seeking and dissemination. Students’ welfarism is at its peak as unions carry out their legal activities without restrictions from the managements.

The visionary Dr. Adamu is indeed a rare personality whose good gestures tell more about him without been told by anyone; if old students that graduated in the last two or three years visit ATAP today, they would definitely be flabbergasted by sudden developmental changes especially in terms of more structures.

Beautiful institution without qualified lecturers is like a luxurious car with dead engine; that is why training and sponsoring lecturers to attend seminars, conferences and further studies are few amongst the pivotal missions and visions of Dr. Adamu Saidu. It is on record that under the distinguish leadership of Mr. Saidu ATAP students access to educational facilities has improved as the central library is supplied with more books, laboratories are equipped with necessary chemical for experiments by science students.

Commendably, Dr. Saidu in an interview with ATAP FM said that the institution has extended its hand to affiliate with other Universities to get more Degree programs so that over 28 PhD Lecturers of the institution would have chance to teach in the affiliated courses.

The perpetual Dr. Saidu so far standardized all lecture halls with sophisticated audio-visual system of lecturing which greatly helps in fast-learning as absent students do not miss a bit. He further said that the blueprint of employing Professors into the different fields is geared towards putting an end to the unbearable cost when they deliver lectures as visiting lecturers.

Plans are on the way to install WiFi at strategic locations in the campus; primarily aimed at making students connected and perform their assignments without much spendings on data subscriptions.

May Allah Grant Him The Wherewithal To Perform More Than Expected. Amen

Fed Fire Service Saves Property Worth Over ₦3.8bn In Adamawa