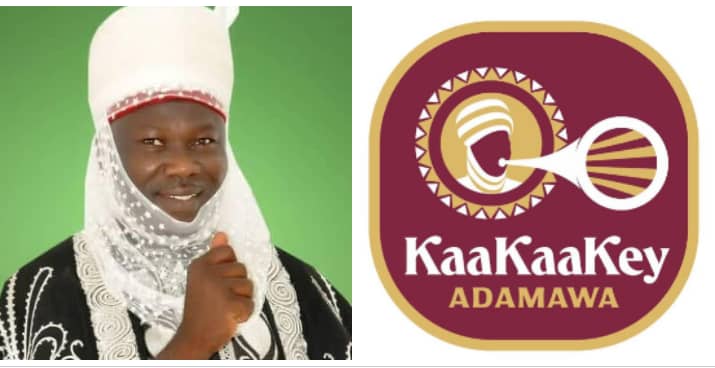 It is a good 2021 year ending, heralding a better year 2022 at its best, the choice of Ist January for the historic turbaning ceremony of the first KaaKaaKey Adamawa, with the Adamawa Emirate, Fombina Dynasty, Dr. Abubakar Abba Tahir.

First, signifies excellent, serving as metaphor associated with Tahir; the pioneer, among other works of life, American University Staff, the first not only Adamawa indigene but Nigerian citizen to be appointed AUN’s Vice President for University Relations; a credit worthy, candid candidate with the successful mandate to lead community engagement initiatives; to foster relations between the university and her host community and other larger publics. What artistically defined, aesthetically designed public relations function!

In community service as a corporate social responsibility, the apolitical Tahir is the first and still the only critically, creatively conscious candidate in the state, working the talk about effective and efficient media practice and against quackery in public relations profession, by not only establishing the first of its kind media and language training institute in the northeast, if not the entire northern region but also allocating slots to the entire media organisations, public relations establishments and correspondents’ chapel, among others in Adamawa state, for free training of their members of staff, since inception about five years ago.

Tahir, additionally donated an office to serve as secretariat of the Nigerian Institute of Public Relations, NIPR, Adamawa state chapter.

Tahir, in addition to being a mentor, facilitator and instructor, is an all media rounder who befittingly defeats Robinson Crusoe for being master of all the media genres.

An exemplary journalist, public speaking, event management, communication and PR consultant, Tahir started as a broadcaster with the Nigerian Television Authority, NTA Yola, in the defunct Gongola state before switching to print media; magazine and national newspapers to serve in different capacities, then moved to the radio genre, beginning with the Voice of Nigeria, VON, in the then Lagos headquarters, before taking appointment with Adamawa Broadcasting Corporation, ABC Yola, as general manager to fine-tune the radio station, in tune with the modern times.

After the successful tenure at ABC Yola, AUN was established and Tahir was charged to lead the public relations functions of the university. The experiences, the forward looking thoughts and the selfless spirit for mentioning, jointly moved him to establish the Konngol SilverTongue: Media and Language Training Institute in the heart of Fombina dynasty, few kilometers from the Adamawa Emirate Council in Yola where he will be turbaned as the pioneer KaaKaaKey, interpreted to mean “the spokesman”, the newest appointment that confers on him, the full responsibility for the protocol, communication and public relations affairs at the Adamawa Emirate Council, with a view to creating the best impact for the Fombina Emirate.

Bauchi And Politics Of Deforestation