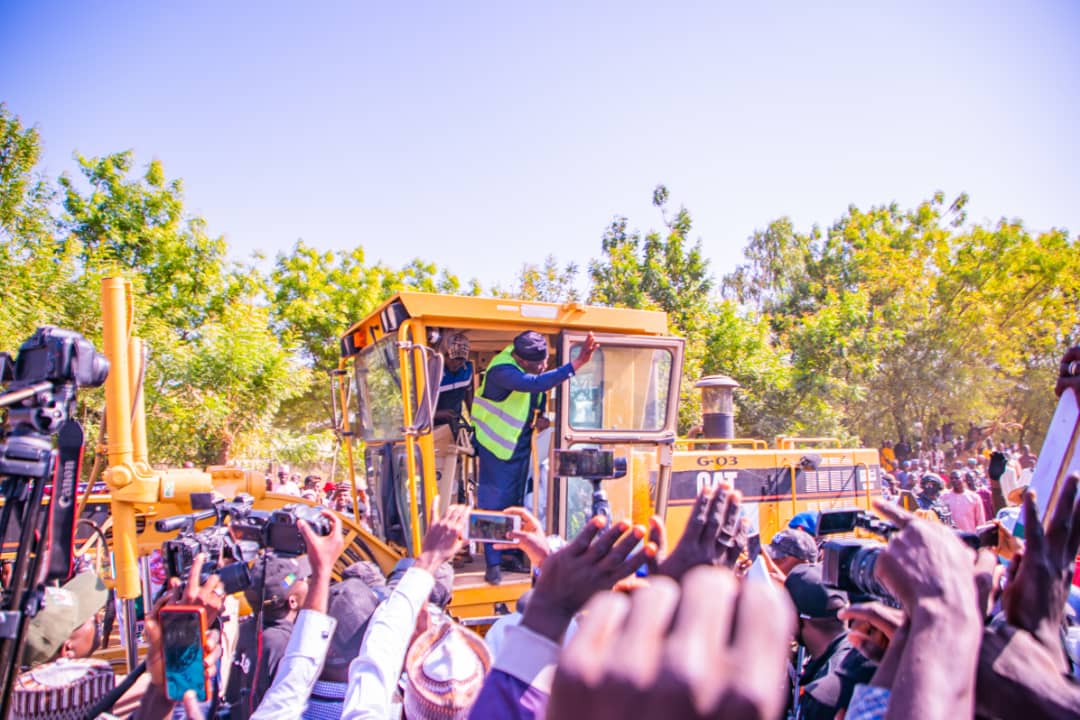 Speaking at the event in Mubi, Governor Umaru Fintiri observed that the Mubi bypass project is long overdue considering that the sprawling town depends on only one main road for entry and exit from Maraaraba side.

The Governor added that the project would reduce the anticipated influx of people and vehicles when Mubi International Cattle Market is finally built by the present administration.

“In addition, we have improved water supply in Mubi North and South in partnership with the European Union. These Include: the Rehabilitation of Mubi Water Treatment Plant which is 100% percent completed.

“Construction of Water Scheme in Gude, piping and reticulation covering 8km to Gyella and 15.5km piping within the town which is 100% completed.

“The testing of these Network System has been done from Gude to Gella,” the Governor said.

Fintiri said government will continue to take advantage and work with the enterprising people of Mubi by developing agriculture and commerce in the area for development,” the Governor said.

In the quest of his administration to ensure every sector is touched, the Governor said government has improved the water supply system in Mubi North and South with support from the European Union among others including Health and education projects.

“In the quest to see that no one is left behind and nothing is left untouched in accordance with our 11- Point Agenda which is crafted to cultivate the ingredients of equal development, we have improved on the quality and quantity of Infrastructure in Mubi General Hospital, Rehabilitated several Schools, Constructed several Classroom Blocks,” the Governor said.

In his remarks, the Commissioner of Works and Energy Development, Alhaji Adamu Atiku Abubakar revealed that the road project comprise construction of a three-five span bridge across the River Yadzaram among others.

He further said that for the past two and half years the present administration has been waging a frontal but well-coordinated infrastructural revolution recording remarkable and measurable results.

The Managing Director of Triacta Nigeria Limited, Engineer Elie Abu Farahat said the projects will be completed within the timeframe of twelve months while the company will ensure quality work.

In his goodwill message, the state Chairman of People’s Democratic Party PDP, Barrister Tahir Shehu said executing the Mubi bypass road among other projects in the state will pave way for the party to wax stronger.

The District Head of Mubi, Alhaji Aliyu Isa Ahmadu described Governor Umaru Fintiri as a financially disciplined leader who is providing projects that have direct bearing on the lives of the common man.

In an interview, a community leader in Mubi, Reverend Amos Yohanna noted that the by-pass road project will open up economic activities in the area and called on the people to come together and rally round the present administration for more development.