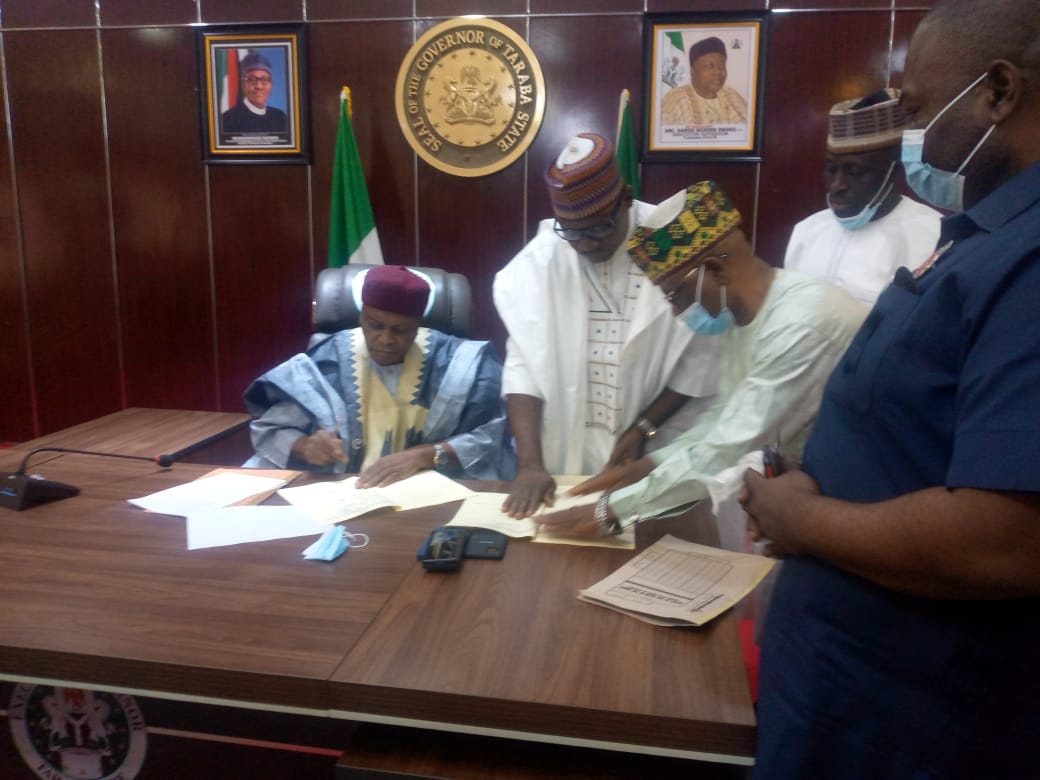 Taraba State Governor, Darius Ishaku has threatened to remove any traditional ruler that refused to follow his instruction on not to accommodate strangers in their domains for security reasons.

The governor who issued the warning on Thursday at the Government House Jalingo when he assented to the 2022 appropriation bill, reaffirmed that security remains his administration’s priority.

He said, he had already warned them not to allow strangers in their settlements, and the refusal of the traditional rulers in disobeying his command will further make him never hesitate to remove any of them in the state.

According to the Governor, an intelligent report gathered that terrorists are trying to set up a camp in Taraba state, therefore, he said, it is the work of the traditional rulers to report any suspicious movement to the relevant authorities.

The Speaker, Prof. Joseph Albasu Kunini while presenting the report of the budget to Governor Ishaku for assent at the Executive chamber in government house, stressed that the increase is for the good of the people, and thanked the governor for his support to the lawmakers in passing the bill into law within 14 days.

In his remarks, Governor Darius Ishaku said that he presented a bill on 19 November 2021 to the Taraba State House of Assembly for the Appropriation of the 2022 budget.

He commended the lawmakers for a job well done, and a reasonable increase against the initial proposed budget in their wisdom, noting that the bill received a full commitment in its passage.

The governor prayed that all citizens of the state will benefit from the 2022 appropriation budget.

Staff Of Adamawa Board Trained On Tax Burden, Relief Management