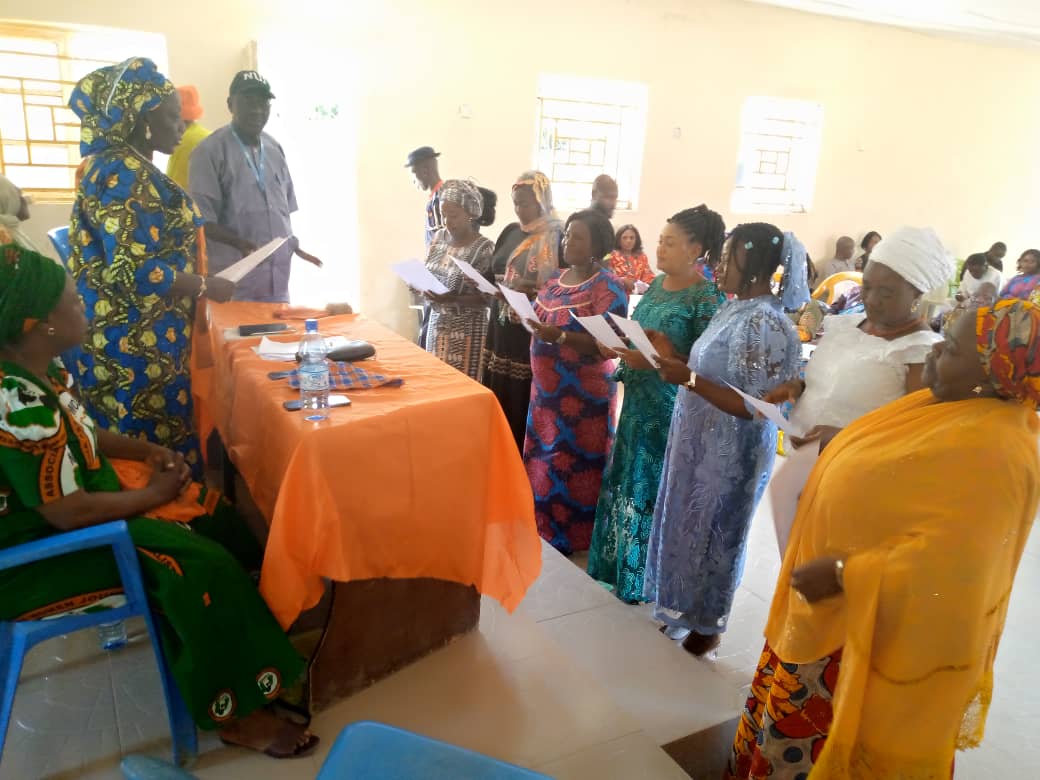 The Nigeria Association of Women Journalists (NAWOJ), Taraba State Chapter has elected new executives to serve for the next three years.

The election which took place on Saturday at the NUJ Press Center in Jalingo was conducted under the supervision of Nawoj Vice President Zone “E”, Dorcas Philemon, and assisted by the Zonal Secretary, Tani Akas.

Shortly after the votes were counted, the Chairman of the credentials committee, Hajiya Amina Abdullahi of TSBS chapel declared Dinatu Danjuma of TTV as the winner of the poll with 45 votes against her opponent, Martha Danfulani from Information chapel who got 15 out of 60 of the total votes cast.

Speaking during the swearing-in, the Zonal Vice President, Dorcas Philemon described the election as successful and congratulated the new EXCO, while she charged them to carry everybody along for the unity and progress of the association.

In an interview, the Chairman of the credentials committee, Amina Abdullahi said that the election was conducted in a free, fair, and credible manner, and called on those that lost to accept everything in good faith as well as to support the new Exco to move the association to greater heights.

Also in an interview, the immediate past chairperson, Hilda Adebayo revealed that what normally brings an association and women down is entertaining a third party, therefore, she advised the new Exco to desist from such act, and carry everyone along, as well as be able to manage information as she has done during her tenure.

Another member of the association from the state ministry of Information and Reorientation, Gembu, Patricia Minjingbo described the election as the will of God and urged all parties to put aside their differences as the election is over and join hands to work as a team.

However, in her acceptance speech, the Taraba State Nawoj Chairperson, Dinatu Danjuma appreciated all members in the manner, they conducted themselves, and for the mandate given to them to serve, while she promised to run an open-door policy as well as ensure transparency, accountability, and selfless service.