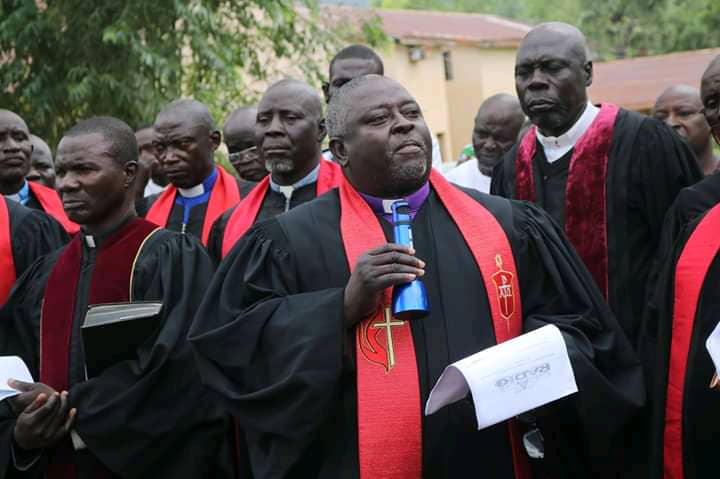 Rev. Yayuba, while reacting to a petition signed by one Rev. Musa Lana that claims Bishop John Wesley Yohanna is using the Police Force in the state to harass and intimidate clergymen and Laity of the Church described the report as untrue.

He said the Nigerian Police Force is a respectful and independent Organization which the Bishop of UMCN is not a member of the force and as such cannot have an influence on the operations of the police.

“How can they even drag the Nigerian Police into their misfortune? These were the same set of people who have disconnected themselves from the United Methodist Church when they refused to abide by the discipline of the church by not paying Apportionment and by not conducting charge Conference in the various charges and districts of the church.”

The Conference Administrative Assistant to the Bishop said that it could be recalled that the same Rev. Musa Lana had in some weeks ago approached a High Court in Jalingo to seek for the court to stop the Church from holding its 2021 Annual Conference but the same court granted another electorate order to vacate the earlier order.

” The same Rev. Musa Lana and his cohorts have wanted to stop the church from holding the 2021 Annual Conference in all the four conferences of the Church but when they could not succeed in their plots as the Church had concluded the 2021 Annual Conferences in a peaceful atmosphere, they decided to engaged in character assassination of the Bishop and even involving the Nigerian Police Force Taraba state command, because their plans failed”

He noted that this was not the first time that Rev. Musa Lana and his group had accused the Bishop of using the Nigerian Police Force to harass members without any proof of their claims.

” This is not the first time this group of people is making this allegation, some months ago the same group had accused the former Commissioner of Police, Mohammed Azare of conniving with the Bishop to harass the Church clergymen and laity, shortly after their accusation the CP Mohammed Azare was transferred and replaced with the current Commissioner of Police, Abimbola Shokoya who have not even spent three months as the new CP Taraba State Command;

“and the same people are now accusing him of harassing the clergymen and Laity of the Church, is the Bishop of United Methodist Church in Nigeria the Inspector General of Police that he will be ordering the Police Force in Taraba State Command to be harassing People? And it was the same group who took the Bishop before new Commissioner of Police but since their demands were not met they have now decided to accuse the Commissioner of Police of harassment”. He said.

Rev. Yayuba, however, stressed that Rev. Musa Lana and his group have been under suspension from the church Leadership following their disobedience to the laydown rules and regulations of the church, hence their cheap allegations and blackmail to get the Public sympathy.

He, therefore, called on the general public and members of the United Methodist Church globally to disregard the petition of the said group as Bishop John Wesley Yohanna cannot use the police to harass or intimidate any member of the Church.