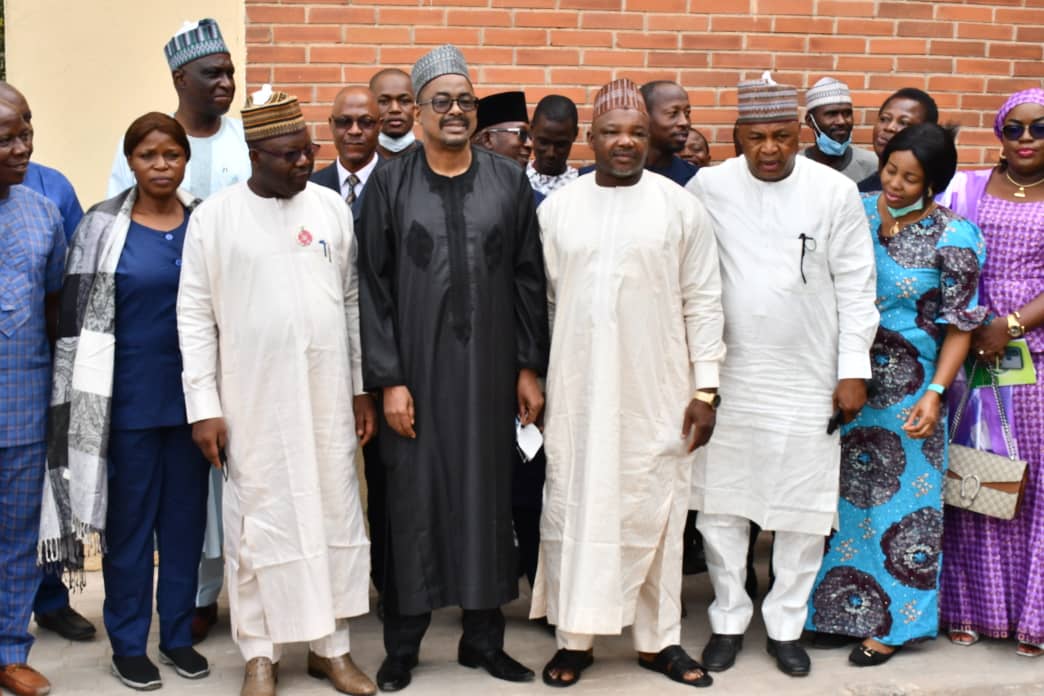 The approval was granted Tuesday, by the Nursing and Midwifery Council of Nigeria, NMCN, following due assessments.

Represented by Secretary General and Registrar of Council, Comrade Farooq Umar Abubakar PhD and the Head of Accreditation Committee, Mr. Al-Hassan Ndagi among other member, NMCN having appreciated the management of the hospital for the hospitality extended to the committee, commended more particularly, the Medical Director, Prof Auwal Muhammad Abubakar for his critical thinking initiative, foresight, facility and staff capacity development and welfare.

The committee was highly impressed by the cleanliness and tidiness of the hospital in spite of the massive ongoing constructions and conversion projects.

The committee has acknowledged the impact of the monthly ward assessment and evaluation exercise, on service delivery in the wards.

The synergy between the FMC and College of Nursing and Midwifery Yola was also acknowledged as being encouraging catalyst, enabling the success of Post Basic Nursing among other programmes.

NMCN, having expressed assurance and readiness to support the FMC in any programme aimed at developing or improving healthcare system and services and staff strength, has not only granted approval for the setting up of Post Basic Accident and Emergency, but also for the approved programme to begin this December with 50 students.

This indeed came as a great expectation, hence celebrated with overwhelming ovasion.

In his remarks, the Medical Director of the hospital, Prof Auwal Muhammad Abubakar having thanked the NMCN for the honour, commended the committee for the honest assessment.

The MD also commended Adamawa state government and the provost college of nursing and midwifery Yola for providing enabling environment for the Post Basic programme.

The MD equally commended staff from Universal Teaching Hospital Ilorin for their contribution to the establishment of the Post Basic A&E Nursing.

Prof Auwal observed that A&E training is a welcomed development, with the consideration that FMC Yola would have a huge Accident and Emergency Department next year, to be built by NEDC.

Prof Auwal has assured that NMCN would not be disappointed as the programme would be sustained, while pleading for the continued collaboration that would see to the establishment of of other post basic programmes such as Paediatric and Burns and Plastic Nursing.

In her goodwill message, the Provost College of Nursing and Midwifery, Mrs Lami Aminu commended the MD FMC Yola for the forward looking thought, for his relentless initiative in setting up the post basic nursing programmes with a view to bringing postgraduat education and training in nursing closer home, thereby bridging the gap.

In her vote of thanks, represented by a facilitator, Mr Saidu Mohammed, the Deputy Director and Head of Nursing Department, FMC Yola, Hajiya Fadimatu Umar thanked the Secretary NMCN for making the pronouncement for the administrative approval, for the setting up of Post Basic A&E Nursing programme.

Umar thanked the MD FMC Yola for the establishment of Post basic nursing, among other staff capacity development programmes and staff welfare.

Mrs Oyeleye Deborah Iyabode is the Coordinator for the approved Post Basic A&E Nursing programme. She is already set for the takeoff of the programme as announcement inviting qualified candidates for admission would soon be released.

CAN Chair Charges Adamawa Christians To Always Be Light In Darkness