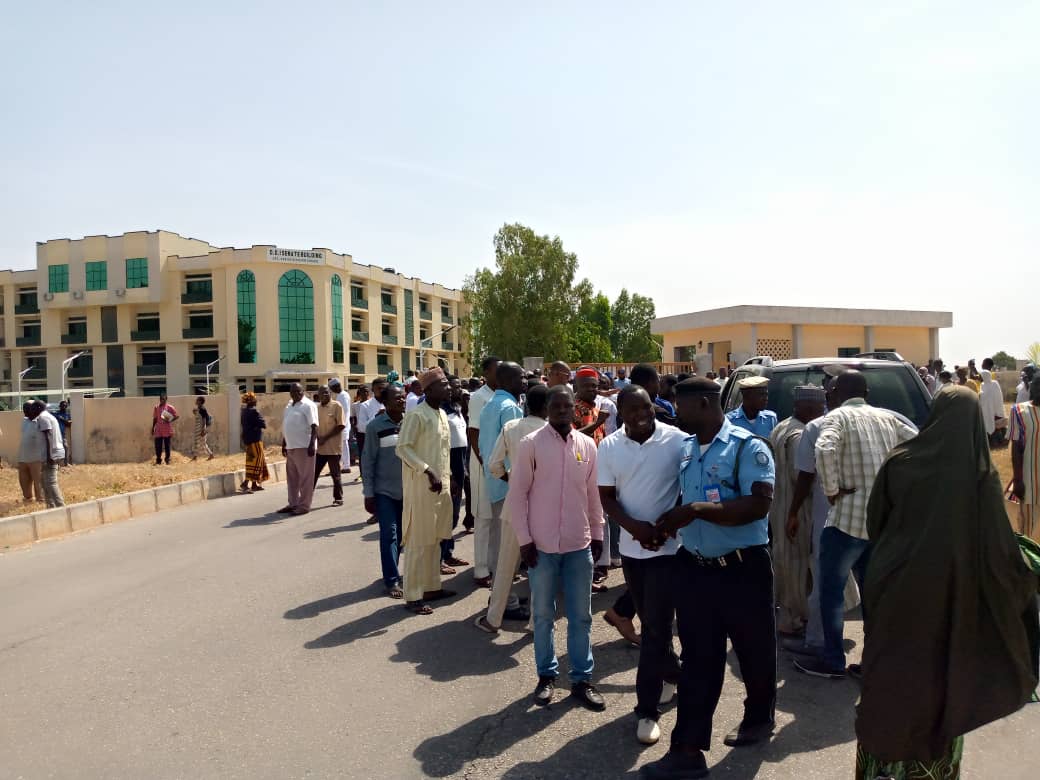 The non-academic staff who embarked on the peaceful protest on Monday 6/12/2021, vowed not to vacate the major entrance to the Senate Building of the institution until their salaries are been paid.

They alleged that the Vice Chancellor, Prof. Vincent Tenebe had selected some staff among them and paid them their November salary and allowances but denied others.

Still, on Tuesday 7/12/2021, the angry protesters prevented entrance and exit of vehicles and staff members working in the Senate Building.

The chairman who expressed dismay over the careless attitude of the school management on the plight of members of the unions noted that they suspended the strike base on conditions in which the management was in turn intentionally derailing.

According to him, they were convinced because the management expended 32 million naira in payment of promotion allowances, including earned allowances and also released APPER form to members for promotions.

“This compliance is not even up to half of our demands but we felt that the management would continue to be sincere.”

“To our greatest dismay, they in turn deprived us of October salaries. They have alleged in the last letter they sent to us that our members are not coming to work which is a blatant lie.

Also lamenting, some members of the unions, said called on Governor Darius Ishaku to sack the VC, Prof. Tenebe and appoint an indigene for the overall good for the people of Taraba State.

“It’s quite unfortunate that this is a community university in which every citizen is expected to feel its impact but to our greatest dismay, the reverse is the case. For us, they must pay us our salaries else this Senate Building will remain closed forever”. They insist.

When contacted for comment on the matter, the Vice Chancellor of the university, Prof. Vincent Ado Tenebe did not pick up calls put to him neither respond to SMS sent by our Correspondent.

Bauchi Assembly Commends Canadian Govt For Support In Mitigating Effects Of COVID-19, Others