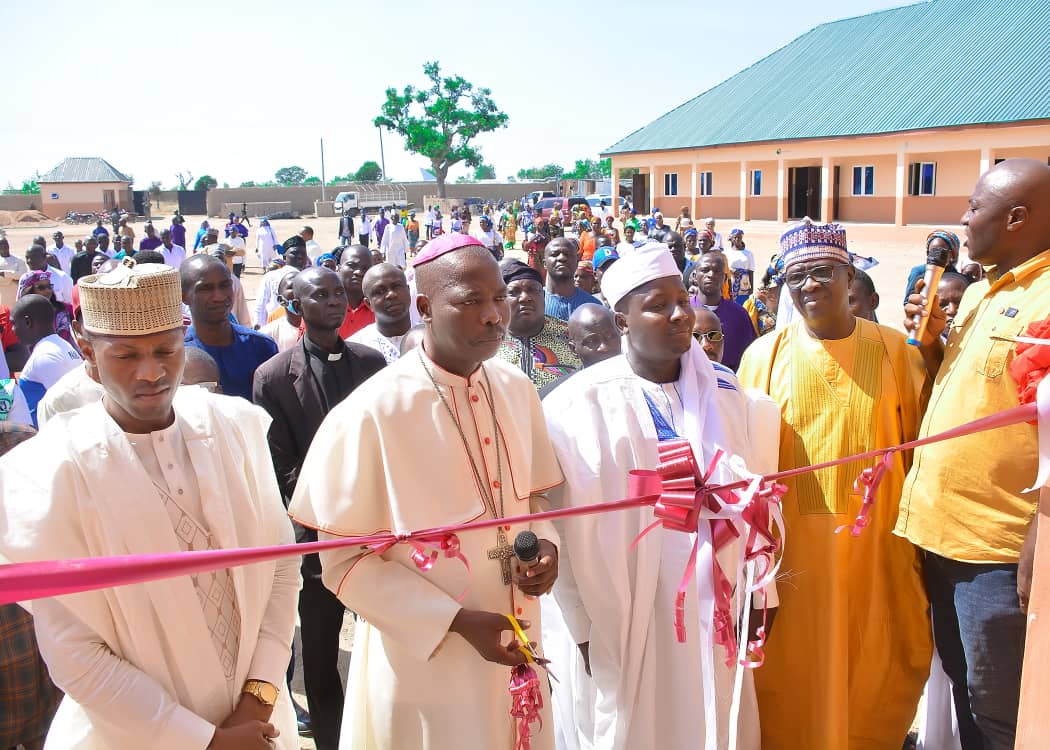 The Catholic Bishop of Yola Diocese, Bishop Stephen Dami Mamza has commissioned Saint Stephen of Hungary College, a newly constructed school in Gombi local government area of Adamawa State to cater for the education deficit in the local government once controlled by the members of the Boko Haram insurgent.

The event which began with a mass of Thanksgiving with worshippers from different parishes to usher the commissioning proper.

The learning institution named, Saint Stephen of Hungary College is funded by the Hungary Helps and supported by the Catholic Diocese of Yola.

The secondary learning institution under the Catholic Diocese of Yola is well equipped and modernly designed with a school with blocks of classes, hostels, staff houses, in-and-out conveniences, laboratories, library, computer lab among others.

In an interview, Bishop Stephen Dami Mamza, says the institution is more concerned about quality, not numbers, and is open to all irrespective of religious inclination.

The Bishop explained that,the role Catholic church plays interms of education is known to everyone pointing out that education is one of the tool the church uses for evangelism.

Bishop Mamza added that the mixed college has already started with seventeen students and more parents have shown interest stressing that the school would not accept any transfer student from any school.

The Bishop then appreciated Hungerian government, federal ministry of works, state government, Gombi community, power holding company , Brigade Commander, chairman of Gombi local government and all those who supported him for the realisation of the project.

In his welcome speech, the principal of the school, Doctor Ejike Everestu said education is the only legacy one can bequeath to his child and thanked Bishop Dami Mamza for the initiative in opening the saint Stephen of Hungary college.

In their separate Goodwill messages,the chairman of Gombi local government council, Engineer Dimas Shekel and the district head of Gombi, Alhaji Usman Fada represented by by Usman kusa lauded Bishop Dami’s foresight in establishing the school as it will go along in uplifting the education standard in the state.

Highlight of the commissioning was a welcome songs, recitation and drama presentation by student of saint Stephen of Hungary college.

30 Women Undergo Skills Training To Be Entrepreneurs In Bauchi