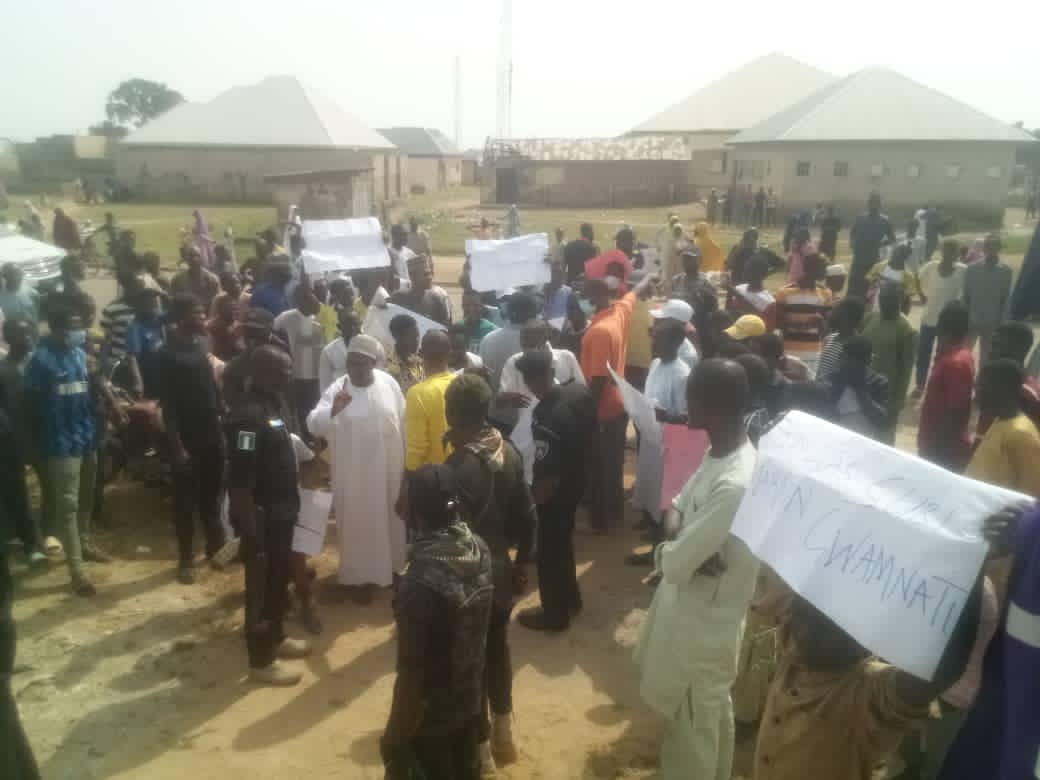 The community argued that in every industry, sector or business environment, there are laid down rules, guidelines and procedures guiding their operations or thriving.

A press statement by the community made available to press in Bauchi Thursday, noted that oil and gas are one of the sectors reputable for high regulatory bodies and policies as part of its deliberate effort to maintain standard while curtailing sharp practices.

Tirwun however wondered that the case of Action Energy Plant and its supposed host community has turned out to be what could be best described as ‘beating a child and preventing him from crying’.

“Despite laid down rules and regulations, there are always bad eggs in every system just as clearly manifested by Action Energy. The Department for Petroleum Resources (DPR) is one of the regulators for filing stations and gas plants of the oil sector. And the procedures guiding establishment of the same is very clear”.

The community statement signed by Barden Kudun Bauchi, Dr. Hayatu Mustapha noted that one of the focal requirements is to maintain 15 meters’ setback between the proposed gas plant and its surrounding buildings and 50 meters between the gas plant and Mosque.

Mustapha said however that Action Energy flaunted this requirement and went ahead to situate its plant in the midst of very sensitive surroundings housing a petrol station, residential accommodations, Tirwan Juma’at Masjid, Eid-el Ground, mechanical workshop, among many others.

“Concerned residents and other stakeholders mobilized and approached the management of Action Energy to reconsider the location of the plant. Sadly, all pleas and entreaties fell on deaf ears as the proprietor rather informed the Maiunguwa that he offered to build a mini dispensary for the host community by way of community service”.

According to the statement, stakeholders in Tirwun when left without a choice, decided to institute a legal action, but to their dismay Bauchi State High Court declined the request for experte order despite the fact that it is a matter that affects lives, thus stroking out the case even without serving the affected community.

Tirwun community approached different regulators of the sector, including DPR, the Executive Governor of Bauchi State, and State Urban Development Board (UDB), among others, but it was UDB that harkened to the voice of reason and decided to do the needful by halting the ongoing work at the site.

Community expressed gratitude to UDB for its prompt response and action in halting the ongoing work at the site of Action Energy, expressing their confidence on Maiunguwa for carrying out his mandate.

They however expressed dismay that Action Energy after failing to meet the safety requirements and fear of demolition, instituted a lawsuit against UDB and secured experte order to maintain status quo that is not to have the building demolished but instead maintaining the status quo.

Regrettably, Tirwun community cried out, Action Energy has continued with the work despite the stop work order is still being in forced, while the company also took the host community to court for demanding justice and resisting intimidation.

“Today, 17th October, 2021 Action Energy has continued with the construction work despite the stop work order by Bauchi State Urban Development Board”.

The Tirwun community assured Action Energy and their supporters that it is not giving up the struggle as, according to the people, the situation of the gas plant is inimical to the lives of worshippers at the Tirwun mosque.

“It is also life-threatening to the thousands of students at the Qur’anic School and Eid Ground. The plant is also a great danger to the inhabitants of the area”, they said.

They argued, “Our position remains emphatically that the distance between the gas Plant and the mosque as well as the surrounding properties does not meet standard regulatory guidelines for establishment of a gas plants”.

Community therefore called on the Bauchi state government to, as a matter of urgency, demolish the gas plant as Action Energy has continued to defy its stop work order.