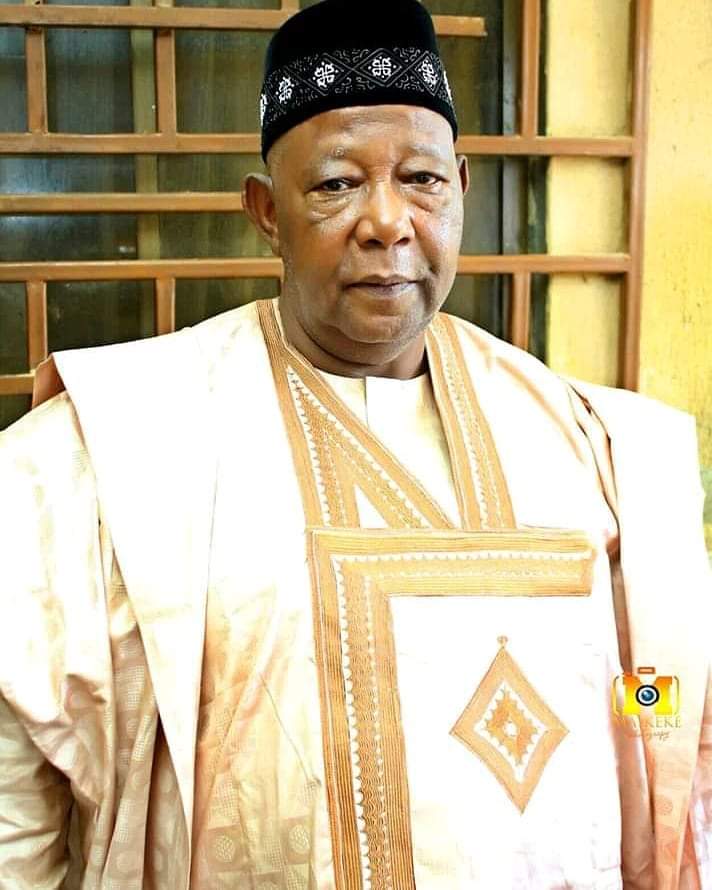 For the interest of fairness, justice, Unity, and brotherhood, the North East should be allowed to produce next president of Nigeria in 2023 because North East is the most backward region when compared with the regions in the country in terms of socio-economic development despite the huge minerals resources and population of electorates in the region.

We called on the political class to ensure the presidential seat is rotated round the six geo-political zones of the country, rather than narrowing it only to the North and South, as a way of ensuring inclusion and proper circulation of power.

I called for zoning of the presidency to the North East, specifically with a special focus on Bauchi State, because it’s the only zone that is yet to produce a president, in either civilian or military arrangement, is the one who should produce the same in 2023, apart from sir Abubakar Tafawa Balewa the first Prime Minister of Nigeria, then Atiku Abubakar who was a one time Vice President of Nigeria, apart from these two gentlemen NorthEast didn’t get any leader at the top.

We in the North East are out to pursue the cause of justice and fairness in the polity as a condition for peace and progress of the country noted that capturing the six geopolitical zones would ensure inclusion and national unity.

Even in terms of States and Local Governments, creation on Nigeria, Northeast was not treated fairly considering its land mass and population.

Sir Abubakar Tafawa Balewa was a one time Prime Minister from Bauchi State, He was killed during a first republic Military Coup, Abiola who was claimed to be the winner of June 12 from Yoruba south west, he lost his life while in detention, but Yoruba were compensated with Shonekan and Obasanjo, but Northeast and Bauchi were not compensated after prime Minister was killed and no one is saying anything about it.

I think, in all fairness, we should allow the North-East to produce the President, and even in North east they should ensure that the President come from Bauchi State as a compensation to prime minister, I want all political parties to give their presidential aspirants and candidates ticket to Bauchi State in North eastern Nigeria. But if that is not possible by the calculation of the political parties, they should ensure that justice and fairness dominate what they want to do in terms of zoning the presidency. I belong to the PDP and I believe the PDP will allow justice and fair play to play out but that is not debatable, north east should have it in the best interest of unity of the country, and Bauchi state will be the golden choice of the candidate in the interest of justice and compensation to the State.

Zoning of the Presidency to any particular region of the country was at the discretion of political parties, the North east should be given the opportunity to produce the next President.

Put Bauchi in a scale the state alone is more than four states in the south in terms of land mass and population and you can’t travel 120 kilometers within one local government from the state capital, and from Taraba, Adamawa to Gombe, Bauchi up to Abuja it’s a single lane Federal Road that is dilapidated, there is no region like this in the country, for that it’s now time to give our son chance to rule Nigeria in 2023.

The North East is the most neglected region in the country, that’s the reason why it is backward in all aspects, which makes matters worse, more than any other zone, the North East has been at the receiving end and is the worst casualty of the challenges facing our dear nation.

Due to the many years of neglect, the northeast occupies the lowest rung of the country’s socio-economic ladder as poverty, insecurity, unemployment, hunger, power outage and poor Infrastructure are most predominant in that part of the country. With the highest number of IDP Camps and out-of-school children on the continent, reputable global institutions have also declared the northeast as the most unsafe place to live in sub-Saharan Africa.

Yet, this is the same part of the country that is most strategic to the country’s corporate existence and territorial integrity, sharing borders with a lot of strategic neighbours; same northeast that boasts of veritable water resources, fantastic tourism potential, the most arable land and conducive climate for agriculture, expansive landmass for all manner of economic activities as well as abundant mineral resources and crude oil deposits. What the northeast needs is leadership and quality attention from the federal government.