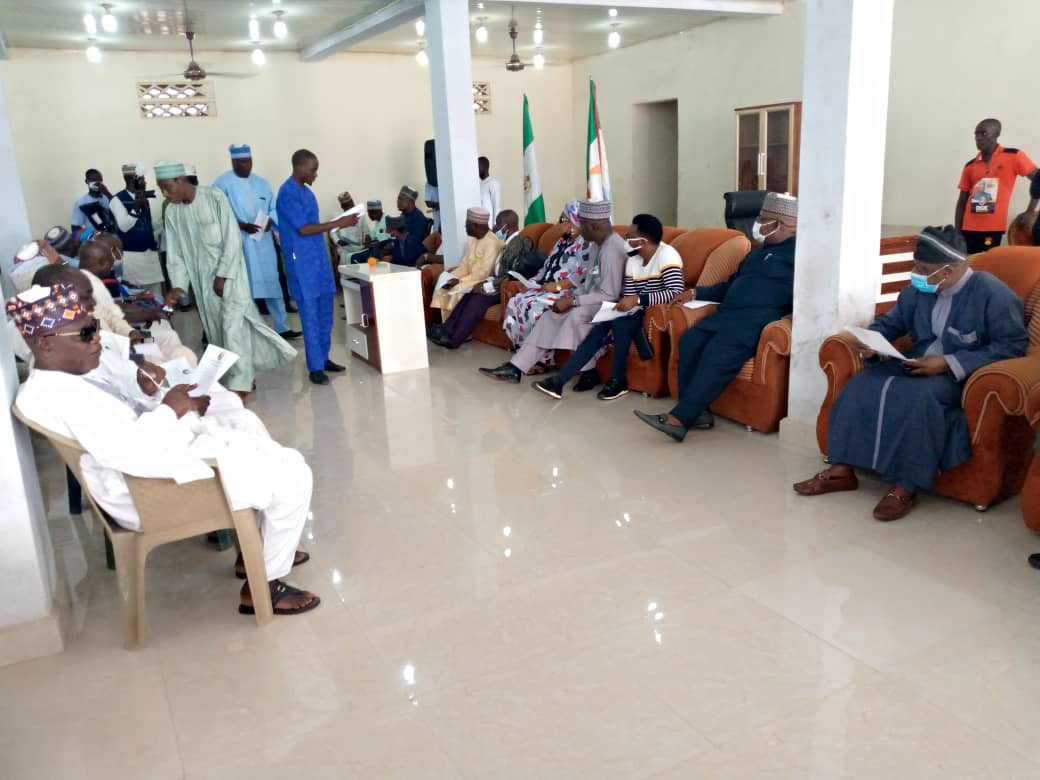 Hon. Audu Ade, All Progressives Congress, (APC) Chieftain in Taraba State has lamented over the refusal of the Local Government Congress Appeal Committee to come to Taraba State to listen to the grievances of members of the party who were not satisfied with the consensus method.

Ade who in an interview with journalists in Jalingo, the capital city of Taraba, North-east Nigeria on Saturday said this was despite the claim by the leadership of the party in the state that the ward and local government congresses were held based on a consensus method.

He alleged that both the wards and the local government’s so-called consensus were one-sided because there are members of the party who purchased forms with their money including him but nobody contacted them to even discuss and dialogue for consensus.

“Some people that purchased form with their money and they have been denied even to see where the consensus took place, that is our main problem, therefore, so we are calling on the National Caretaker Committee under the leadership of His Excellency, Governor Maimala Buni who is a principle man with high integrity to come to the aids of APC members in Taraba to ensure that justice prevails;

“They said after Congress an appeal committee will come, but up till this moment that I’m talking you the journalists there is no single appeal committee member from the national secretariat that come to Taraba in regards to that matter, so we are calling the attention of the national secretariat to please come to Taraba and make sure that they look into our problems.

“What mean by consensus? it means if you buy the form and I also purchased from you have to call me and we sit together and discuss then if I understand with you, then I most have to go into agreement with you so that we arrived at a consensus but they did not carry us along with we that purchased the form with our money”. Ade expressed dismay.

Hon. Audu Ade, however, revealed that they will exhaust all the internal mechanisms as enshrined in the APC constitution to fight for their rights which if the national secretariat did not take necessary action they may have no option other than to drag the party to court to seek for redress.

“I’m not even praying for this matter to reach that level of going to the court because I so much have confidence in the national caretaker committee under the leadership of His Excellency, Governor Maimala Buni because he is a man of his words, a gentleman man with high integrity whom we so much respect and believed that he will ensure justice among all members of our great party, APC.

” We want him to allow everybody that purchased form to contest on various positions to partake by going for election and ensure a free, fair, and credible election so that anyone that wins or lost will take it with good faith and continue working for the party to ensure victory at all levels but if that is not done, I assure you they will destroy the APC in Taraba State, all what we want is justice because what they did was undemocratic” Hon. Audu Ade threatened.”

Reacting on the matter, the state Caretaker Committee Chairman, Barr. Ibrahim El-Sudi who debunked all the allegations leveled against the appeal committee by the aggrieved members said the committee came to Taraba on the date it was slated but up to the date of the closing of entertaining complaints, nobody brought any petition and a noticed was placed all over the social media and also at the party’s secretariat in Jalingo.

“So the committee which was under the leadership of Ambassador Abdulrashid came and finished their assignment and left after spending days here in jalingo” El-sudi emphasized.

On the threat of going to the court by the aggrieved members, El-sudi said: “Is their right to go to court, but we have internal mechanisms of solving problems. ”

Should the members in question fail to exhaust “those internal mechanisms” he said “then, they are in trouble because there are certain disciplinary measures that can be taking against them” stating that “but it is the constitutional right to every Nigerian to go to court. “

Our correspondent observed that still there are skirmishes between some stakeholders of the party in the state as many including Hon. Sani Abdullahi Tullu rejected the consensus method and left the venue during the last wards and local governments congresses.

It could be recalled that on Friday 3rd of September 2021 while briefing members of Taraba APC at the party’s state secretariat, the Chairman of local government congresses in the state, Senator Clever Ikisikpo assured of providing a level playing field for all.