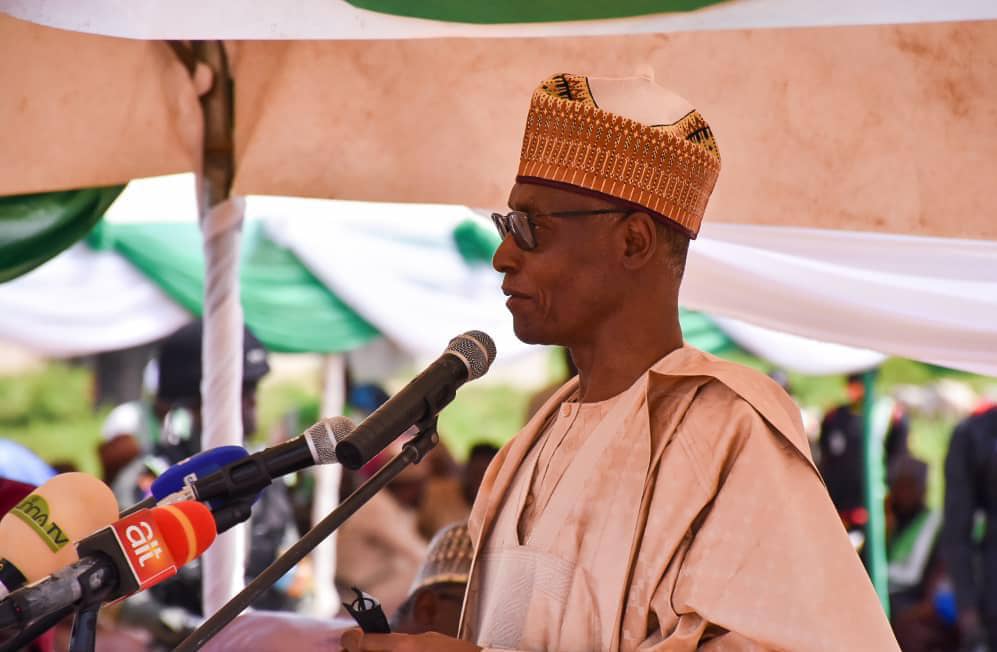 The North-East Development Commission (NEDC) under the Managing Director and Chief Executive Officer (MD/CEO) of NEDC, Mohammed Goni Alkali to construct 2500 houses across the region.

The North East Youth and Elders Peoples Forum National President Alhaji Salihu Magaji disclosed this in a statement made available to Journalists on Wednesday.

According to him, since the Establishment of NEDC it has been awarded contracts for the construction of 2500 houses in the region, as part of its effort to bring succor to the people of North East .

“1000 building was completed in Borno State, while construction of 500 houses each was awarded in Yobe and Bauchi and today

“In addition there will be Flagging off of the distribution of Food and Non-food items to address the rapidly deteriorating food insecurity situation in the North East Region and nay Adamawa State.

“While in Adamawa Commissioning/Handing over of the Burn Centre at the Federal Medical Centre, Yola which would cater for the high incidences of burn injuries and other associated incidences in the State.

He added that the commissioning/Handing over of the fully equipped Molecular Laboratory at the State Specialist Hospital, Yola.

“Inspection tour of the ongoing reconstruction work at the three destroyed bridges on the Mubi to Madagali Highway.

“Inspection visits to some State Government owned Technology Skills Acquisition Centres currently slated for resuscitation and operationalization by the Commission.

“Inspection visits to other completed and ongoing projects by the Commission in the State,”he said.

The National President NEYEPF explained the North-East Development Commission (NEDC) was established to address developmental challenges in the northeast region and to restore means of livelihood of the people, following the effects of over 12 years-long insurgencies as a result of activities of Boko Haram in the region

“The effects of insurgency led to a massive influx of people into the urban areas with most of them taking shelter at any available public spaces, homes, Schools, huts, abandoned and uncompleted buildings,

“While many troops moved to neighboring North eastern States, hundreds settled in the Internally Displaced Persons IDP camps across the States,” he said.

He stressed that when the commission was established part of its mandate included rehabilitation and reconstruction of destroyed homes and commercial premises of citizens in the Region.

Magaji said experts revealed that the stock of houses in the northeast states before the insurgency was about 4 million, out of which over 500,000 structures (houses and commercial premises) were destroyed or irreparably damaged,

“Even before the insurgency, there was a Housing deficit in all the States of the Region. Therefore, the insurgency only further aggravated the situation. In all of this, Borno State being the epicentre of the crisis is worst affected with the largest number of Internally Displaced Persons (IDPs)”.

Magaji recalled that sometime in 2019, Because of the confidence he has in Dr Alkali President, Muhammadu Buhari approved a special Presidential intervention in Borno State (SPIB) in order to reduce the desperate situation that displaced communities in the state had found themselves.

“Through the construction of 10,000 houses and the establishment of Technical and Vocational Skills Acquisition Centres for the IDPs amongst others,

Execution of the SPIB, it was resolved that the NEDC undertook the construction of the first 1,000 houses and fully funded the equipping of the Technical and Vocational/Skills Centres around the State.

He said Dr Alkali constructed the first 1,000 Houses at Ngowam Village, Mafa Local Government of Borno State and handed over the Houses to the Governor of Borno State, Professor Baba Gana Umara Zullum.

“Alkali delivered a town with all social amenities, these are all the efforts of the Commission to reflect on its mandate, and the decision to replicate same in the other five states of the region by the construction of 500 houses in each state.

“The types of Houses he is building are of the cluster block style which consists of blocks of four units of 2-bedroomed bungalows with veranda and courtyard, each block sits on four hundred square meters,

“With a fence separating each twin-facing houses, covered kitchens and toilets/bathrooms, and ample space for home living activities, adding that the facilities would also be provided with street lights, reticulated water supply system, commercial spaces among others,” The National President said.

He said NEDC had flag-off of the distribution of food and non-food items, and the issue of imminent food insecurity in the region had been a matter of discourse for a long time.

Magaji added In the area of ICT training in the region NEDC trained 2,400 youths in 2 batches across the six states and he donated an equipped infectious Diseases Laboratory for the testing of COVID – 19 and other diseases. It was commissioned in Yobe, Bauchi and Taraba states while Adamawa and Gombe states will be done soon”.

“In Bauchi NEDC brought more developmental projects of construction of 500 mass housing units which the foundation laying ceremony will be laid by His Excellency Senator Bala Mohammed Abdulkadir Executive Governor of Bauchi state. and the distribution of food and non-food items to people .

”NEDC under Alkali is constructing two gigantic historic roads that defy previous administrations both military and civilians . The roads are Alkaleri – Futuk road I Alkaleri LGA and Alkaleri -Kirfi- to Gombe Abba road in Kirfi LGA.

NEDC awarded the construction of Soro cattle market in Ganjuwa LGA. and the work has reached an advanced stage and its renovating Fistula Hospital in Ningi. NINGI LGA,” Magaji said.