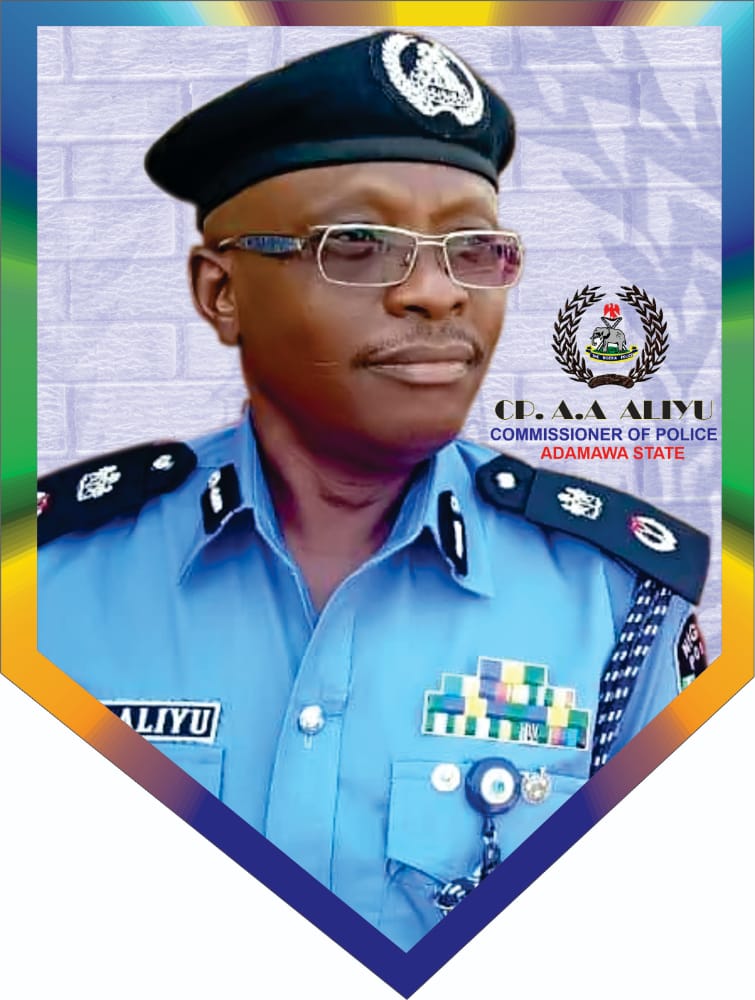 In what he described the Command’s tremendous achievements, Adamawa State Commissioner of police (CP), Aliyu Adamu Alhaji in a press conference said the command has apprehended over 121 Kidnappers from across the State and rescued some Kidnapped Victims.

Aliyu while parading suspects in Yola who have committed criminal offenses in different parts of the state said that the achievements was an indication that the Police are committed to ensuring that the good people of Adamawa State are safe and secured.

According to him stakeholders have equally cooperated with the police in the state on giving credible and actionable information making the officers to keyed into his drive of “ZERO TOLERANCE” to corruption which have been reduced tremendously.

“I want officers to maintain the status and the general Public to the ‘WATCH DOG’ and report any deviation to my successor.” Aliyu said

He continued to say that the Operatives of the Command have arrested over 1,184 suspects who are members of various high profile criminal gangs and networks across the state.

He revealed that the arrests which were carried out by Anti-kidnapping Unit, Anti- Shilla Squad, CID Personnel, SIB and other Divisional Police operatives of the Command is in conjunction with hardworking hunters, pulaku and Vilantees members.

“The Command have apprehended, investigated and prosecuted over One thousand, one hundred and eighty four (1,184) suspects for various offences in various courts of competent jurisdictions, 464 suspects had already been convicted while 720 are now awaiting trial.” He said

“I assured the good people of Adamawa State that all acts of corruption among the officers and men of the command will be addressed. I want to state that the officers have keyed into my drive of “ZERO TOLERANCE” to corruption which have been reduced tremendously. I want officers to maintain the status and the general Public to the ‘WATCH DOG’ and report any deviation to my successor.

“These sacrifices yielded positive result, few among them Includes:-

“The arrest of twenty one (21) suspects in connection with the recent killings of seven in Dasin Bwate, Fufore L.G.A the case is under investigation while the area is calm.

“The Command was able to dislodge and apprehend over four Hundred 400 radical armed Shilla Boys and were charged to court. They are now remanded in prison custody.

“The Command has also apprehended over 121 Kidnappers from across the State and rescued some Kidnapped Victims.

“With the enactment of the State VAPP ACTs the Command prosecuted over 21 for Gender Base Violence cases across the State and rescued some rape Victims.

“The Command has successfully received Mr. President Muhammadu Buhari,GCFR and provided adequate security for the Presidential visit to the state which was hitch free.

“The Command apprehended the notorious receiver of stolen properties Alh. Halilu Lafiya alias SYB and has since been prosecuted and convicted.

“The Command has equally succeeded in training and retraining of officers through workshop and seminars organized by some NGOs to enhance capacity building of officers and men,” he added

Other items recovered are; 8 stolen motor vehicles,18 tricycles,11 Motorcycles,Set of Televisions, Laptops and drone, Handset accessories, Large quantity of hard drugs, intoxicating substances and weeds suspected to be Indian hemp among others worth over N 5.m and the Command has also recovered large sum of Money paid for ransom and was handed over to victims families.

States Must Be Encouraged To Harness Their Resources, Revenues – Wike