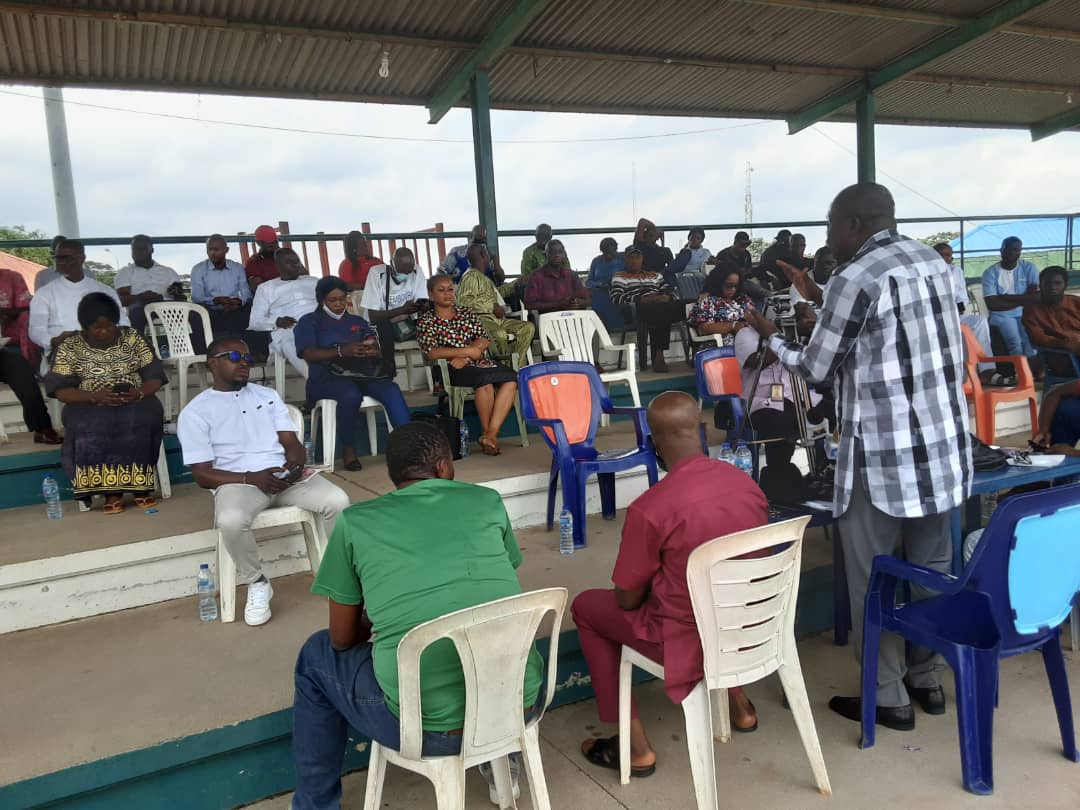 The President, Sports Writers Association of Nigeria (SWAN), Sir Honour Sirawoo, has for the first time revealed why Mr. Chris Isuguzo, his Nigeria Union of Journalists (NUJ) counterpart, is desperate to ground sports writing in the country.

A statement signed and issued by Ikenna Okonkwo, SWAN Secretary, FCT, said Sir Sirawoo revealed this during the SWAN FCT monthly Congress in Abuja over the weekend.

The SWAN President explained that repeated plans by the embattled outgoing NUJ President have remained unsuccessful due to falsehoods that the Isiguzo administration is known for spreading always.

The SWAN National leader said the official registration of SWAN followed due process, and that the law under which SWAN operates as a professional body is drawn from the Company and Allied Matters Act (CAMA), unlike the NUJ which is basically a Trade Union.

Sir Sirawoo also revealed that several attempts by the outgoing NUJ President to muscle SWAN leadership were borne out of greed and selfish interest.

“It’s on record that the reasons for registering SWAN are clearly for operational and administrative efficiency and convenience. SWAN which is a professional body for Sports Writers had encountered challenges in carrying out most of its official engagements (both in Nigeria and internationally) due to no registration with Corporate Affairs Commission (CAC).

“Several challenges have reared their heads in our attempts to officialize SWAN for administrative purposes but lack of official documentation has always stood in our way. How can we be running a noble association like ours without bank accounts? Are we wiser than Bank officials who are insisting on the right thing before we are registered?”

“Even when we tried to access the proposed land space for our national secretariat promised us by the Federal Capital Territory Administration some years back, we couldn’t then because this registration was part of the requirements.”

“Also, our affiliate body AIPS had asked sports bodies to ensure that they fulfill national registration requirements in each of the countries where they belong.”

“In the light of all these reasons, we approached the leadership of NUJ in the spirit of oneness and reached an agreement to register SWAN, after which an official letter for the purpose of registration, was obliged, the documents are available for all to see in case anyone wants to confirm,” the SWAN President said.

The Nigeria’s number one sports writer, while stating that NUJ had never conducted election both at the state and national levels for SWAN, enjoined members to remain focused and always uphold the tenets of the profession.

He also warned those masquerading as SWAN leaders and members (when they are truly not) to desist from such actions before the wrath of the law is visited on them.

“As professionals, dignity and honour should be our watchword. Anyone or corporate bodies dealing with persons who fraudulently disguise themselves as SWAN leaders in FCT, other than Ndubueze Chidoka who is the chairman and his duly elected Excos is doing so at their own risk.

“When those individuals unknown to SWAN defraud them, they should not blame SWAN at any time,” he said.

Earlier, incumbent SWAN FCT Chairman, Mr. Chidoka appreciated Sir Honour Sirawoo for his visit and laudable achievements in the past few years of his visionary leadership.

He assured that members are always ready to remain alive to their responsibilities.

Focus On Tackling Your Relegation In APC, Not Fintiri, Kumangar Lambasts Abbo