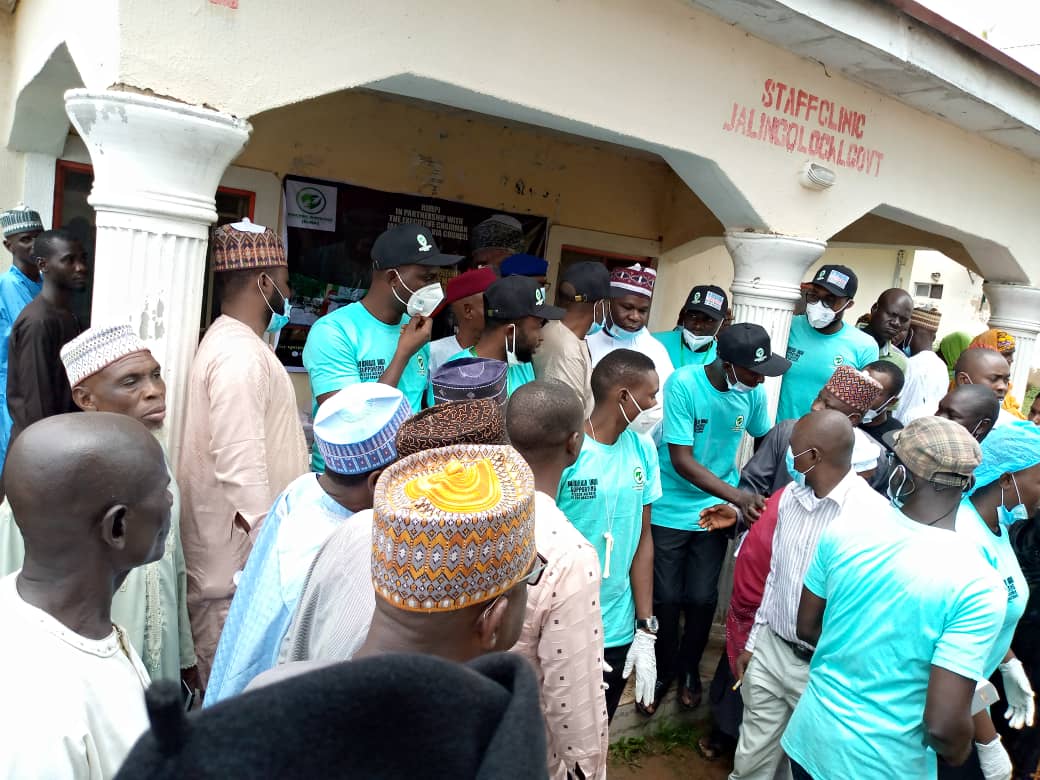 The Jalingo local government council of Taraba State has provided free treatment for over five hundred people suffering from eye and dental problems.

The medical outreach which was in partnership with an NGO, Reaching the unreached, Refugees and Peace Initiative held at the local government Secretariat in jingo, the capital city of Taraba.

Our correspondent gathered that many people both men, women, and children who could not afford to go to the hospital due to being financially constrained to treat themselves turned out in their numbers to benefit from the gesture with a smile on their faces.

Speaking at the event, the Executive Chairman of the local government, Alhaji Abdulnasir Bobbiji said the exercise was aimed at assisting the less privileged in the society to justify the revenue that is being collected for the people to feel its impact.

“All this what we have been doing there is no government kobo in the true sense of it but rather the penny and stipends that people pay as taxes or levies, so that is why I want to use this medium to appeal to the people to continue to be very proactive and prompt in the payment of their revenues because it is only that medium the government at all level would be able to discharge its responsibility effectively.

According to the Chairman, initially, they budgeted for 5000 people to benefit in the first phase of the exercise but with the support from some pharmaceutical stores, they were able to add about 200 which made it 700 people to benefit from the gesture.

He, however, commended a Philanthropist in the person of Alhaji Umaru Yola who recently provided a similar gesture to over 1000 people and appreciated some taxpayers such as the Market Traders Association, NURTW, KEKE NAPEP Association among others for their cooperation.

Hon. Abdul Nasir Bobboji further promised to continue to provide more dividends of democracy for the people as part of fulfilling his campaign promises as well as ensuring good governance.

On his part, the Director of Reaching the Unreached Refugees and Peace Initiative, Dr. Theophilus Sango said the exercise is part of their core mandate of trying to reach out to the unreached and to also key in line with the UN declaration to help fight in negligible tropical diseases by reaching the nick and crannies to try to reach out to people to treat them to help to reduce visual impaired or avoidable blindness in the society with the view to increase their economic productivity.

In an interview, some of the beneficiaries Blessing Blus and the Village of Jalingo Turaki Ward Jalingo among others all appreciated the gesture by the Hon. Chairman and pray to God to grant more wisdom and his heart desires as he always helped the masses.