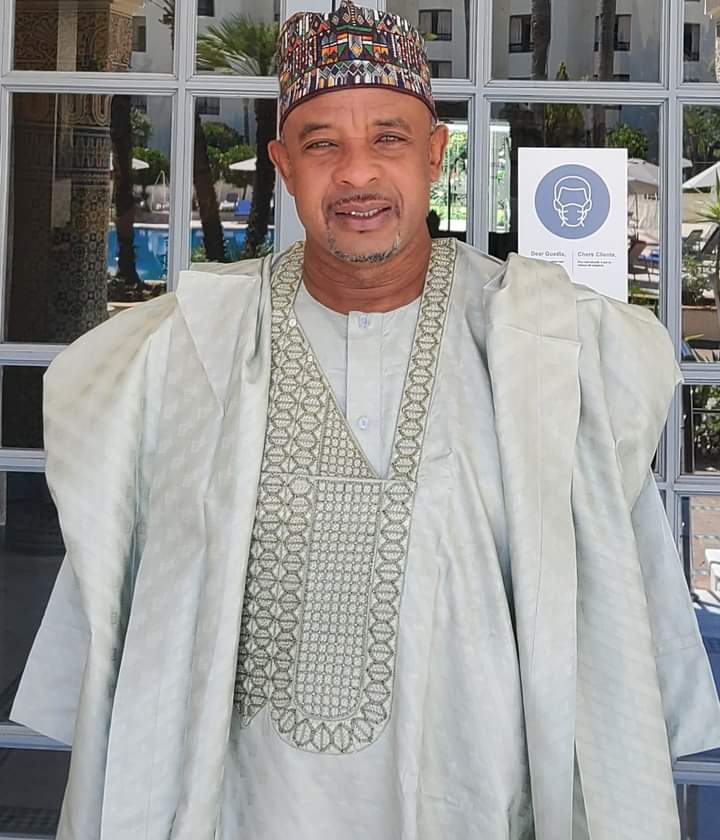 One of the rationales that worsen the challenges societies are going through is absence of activists that speak-out or channeling the pleas of people to the rightful authorities. Northern part of Nigeria had potential elites such as Sir Ahmadu Bello, Sir Abubakar Tafawa Balewa, Malam Aminu Kano, etc that all merged and fought tirelessly along with others from Southern and Eastern regions which led to the independence of the country from British Colonial Masters. The Northern Nigeria for decades lack someone that can confidently come out to speak or stage mass protest on its challenges but in God blessed us with Nastura Ashir Shariff; he is an activist, unionist, voice of the voiceless who always strives for the benefit of all.

Biographically, Nastura Ashir Shariff was born on January 1st 1970, into the family of an Islamic scholar in Sabuwa of Gwale Local Government Area of Kano State. As a tradition in Northern Nigeria a child first attend Islamic school before any other education, Nastura had his rudimentary Islamic education from his father, he had his western education all in Kano State. He started work with the Kano State Ministry of Education in 1988 and was later transferred to Dala Local Government Secretariat in 1989 as a Sport Secretary. Nastura’s political journey started in Social Democratic Party (SDP) as Deputy Administrative Secretary in 1993 and became Personal Assistant to the then Vice Chairman of Dala LGA in 1995, he finally retired and engaged in private businesses.

The agile Nastura is the present leader of Coalition of Northern Groups (CNG) which initially started as Arewa Students Forum (ASF), it later mutated into Arewa Youths Development Foundation (AYDF). The ASF and AYDP merged and gave birth to Arewa Citizens Action for Change (ACAC) which strove through writings, speeches and protests against misgovernance and challenges of the entire North. In 2017, the ACAC met with 26 like-minded Northern groups and formed Coalition of Northern Groups (CNG) that fights for those whose rights were violated, clamours for qualitative education, struggles for effective health care, reminds politicians of their promises and re-awakens Northerners about the sacrifices made by past leaders.

Indelible dreams of Nastura is to have a North which is free from all sorts of societal ills or any form of conflicts; he along with some similar-minded personalities came up with Initiative for Community Action against Drug Abuse aimed at halting drug abuse and Mentorship Programme that targets Northern students pursing higher education. Factually, Nastura Ashir Shariff is the only immutable man that stages peaceful protests severally against the insecurity and inadequacy of social amenities to people. In an interview with LawCareNigeria, he stated that his career in activism had its root in history where he was exposed to the Late Yusuf Maitama Sule’s school of thought, he further explained that contemporary training in political history, philosophical oratory and diplomatic communication are what inspired many referred him as activist and rights crusader.

The fearless Nastura openly expresses his view on issues affecting citizens or which put them in unbearable hardships, like the spate of students’ kidnappings in north-western States. Months ago, after a peaceful protest in Katsina State, he was arrested and taken to Abuja by the Police where he spent two days in detention; it did not discourage him in the quest for good governance. Nastura uses his hard-earned money in sponsoring of many students that could not afford and whenever they graduate, he asks them to do same to others. In his unwearied vision, he wants authorities to make it mandatory in primary, secondary and tertiary institutions the revision of northern histories, cultures, past elites and how they lived their lives which would make the present and future generations imbibe.

More so, as getting government’s work is becoming impossible to poor and qualified applicants, Nastura strategically and financially support all ranges of youths into businesses while some into acquiring skills in order to stand on their own. Most of those involved in criminalities are unemployed, whenever Nastura is at events, he always draws leaders’ attentions on job creation as it is vital for crimes reduction. In recent years, the whole Northern region is afflicted by activities of bandits, insurgents etc where unspecified number of people are losing their lives on daily basis; if people like Nastura are given chance to lead, certainly all would be well. Nastura prefers to speak-out and risk his life than to remain taciturn.

There is no doubt about it that Northern Nigeria is the epicenter of politics, in view of limitless challenges of the region, the current President gave most political appointments to people from the side but all to no avail as they are passive in curtailing the challenges. It is therefore sacrosanct that individuals like Nastura deserve to be protected because he is contributing toward developments of others than his. Nastura’s vast experience, foresight and like-minded colleagues around him would never let him accept bribe to be quiet without calling him back to track. Nastura Ashir Shariff is happily married and blessed with two boys and two daughters.