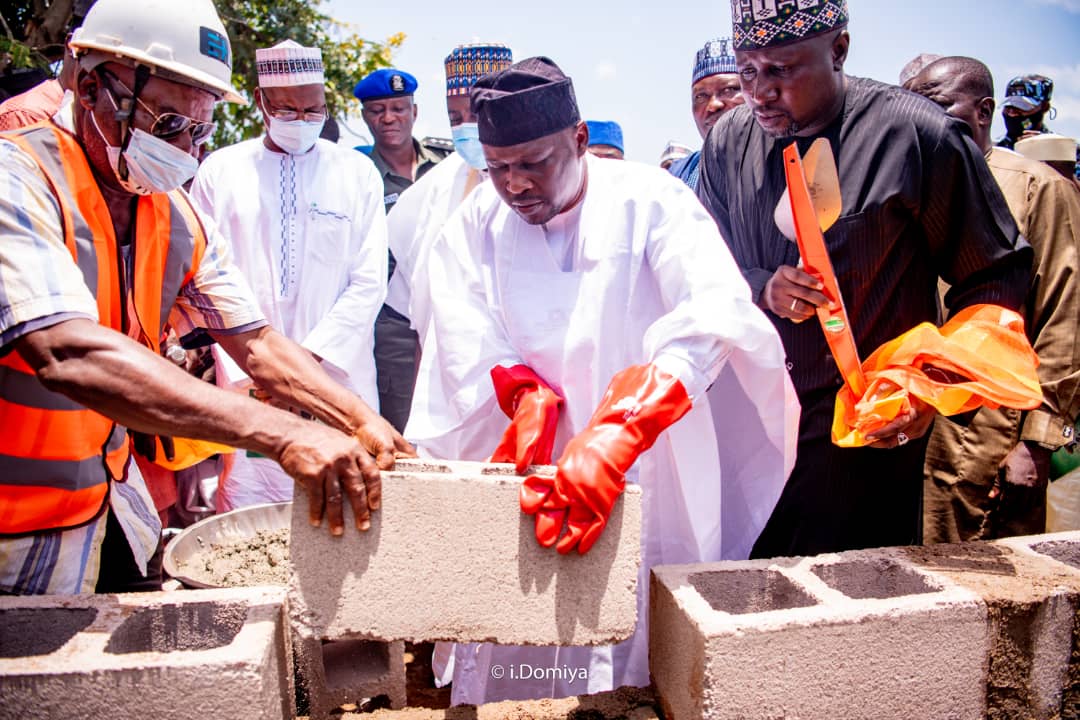 Adamawa State Governor, Ahmadu Umaru Fintiri Tuesday flagged of the upgrade and expansion of Fufore cottage hospital, twenty years after the establishment of the health facility in the local government area.

The contract awarded to Messrs Yaks Solutions at the cost of ₦186,000,000 will cover reconstruction and expansion of the male and female wards, surgical wards, redesign and construction of the hospital entrance, physician offices and consulting rooms as well as perimeter fence and gate.

Speaking during the flag off at the hospital premises in Fufore, Governor Umaru Fintiri said the project which is expected to be completed in six months will lessen the pressure of referrals on the Specialist Hospital and even the Federal Medical Center, Yola.

Governor Fintiri stressed that health is central to his administration’s 11 Point agenda and currently it is constructing over seven Cottage Hospitals, comprising 5 new, 1 completion and 3 upgrades and expansions as well as rehabilitating all the general hospitals in the state.

In response to request by member representing Fufore Gurin in the state Assembly with regard to Malabu hospital, the Governor had directed with immediate effect, the commissioner of health and human services to deploy staff and equipment to man the healthcare facility.

He added that the project is tactically conceived with a futuristic innovation to manage the anticipated difficulty which the people of Fufore are likely to encounter when the Federal Medical Center in Yola is operationally converted into a Teaching Hospital of the Modibbo Adamawa University, Yola.

“In a democracy, the greatest weapon of the electorate is their individual votes. INEC is conducting its Continuous voters’ Registration exercise, I want to use this medium to call on all citizens who are not registered to go out and register and obtain the voter’s card.

“Your vote is your right. Considering your size and the dynamics of your geopolitics, I have deliberately been sensitive to your representation in my administration. You are one of the few Local Government areas with two representation in the Executive Council.

“I want to tell you that I am happy working with the two of your sons, Barrister Afraimu Jingi, the Attorney General and Commissioner of Justice and Umaru Daware the Commissioner of Agriculture. They have been of tremendous support and resourceful part of a team for changing the narrative of the State.

In his remarks, Commissioner of Health and Human Services, Professor Abdullahi Isah said the upgrade of the hospital will augment healthcare delivery to the masses and urged the people to give the contractor maximum support.

District Head of Ribadu Alhaji Abubakar Aliyu Mahmud noted with appreciation how Governor Umaru Fintiri has been assisting traditional rulers in the state and thanked him for redeeming his pledge towards upgrading the Fufore cottage hospital.