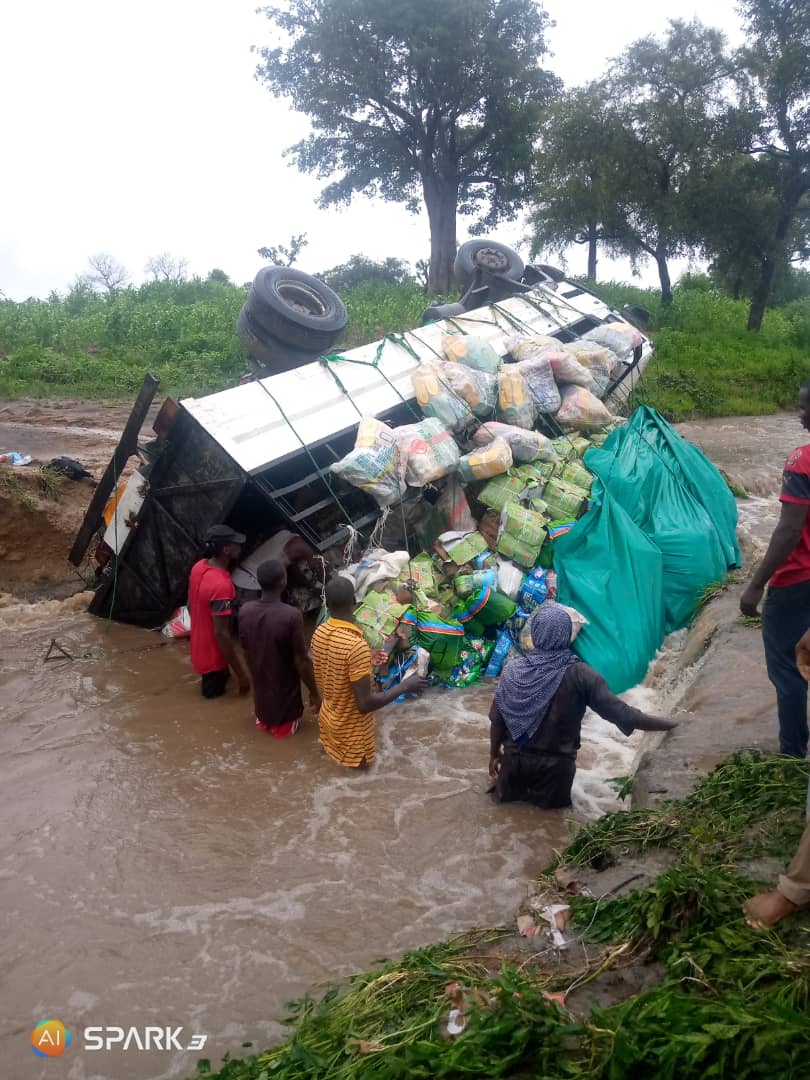 The people of Maiha local government, northern senatorial district of Adamawa state, northeast Nigeria have collectively called on the federal and the state governments to, as a matter of urgent importance, tackle the issue of floods that have almost cut off the local government from the country and the Republic of Cameroon, following the decades of neglect and abandonment.

The citizens lamented that two hitherto busy, commercially viable international roads that link Nigeria and Cameroon Republic; one from Jabbi-Lamba to Belel and the other from Mayo-Nguli to Belel were cut off by floods.

While commending Adamawa state Governor Rt Hon Ahmadu Umaru Fintiri for the bold step taken to complete the Pella-Maiha road – an escape route from Mubi during the Boko Haram occupancy – which was started during the Nyako led government but abandoned by the government that succeeded, pointed out that Governor Fintiri could still use his position to press bottom to facilitate the federal government intervention.

Joining the popular call, while featuring in ABC Yola popular Hausa radio programme, titled: “Mugani Akasa” interpreted to mean, “seeing is believing,” the Chief of Staff, Maiha Local Government Council, Hon Mohammed Adamu Abubakar, holding the traditional title of Mai Pakka explained how the floods, destroyed several culverts and bridges, resulting to the cut off of some districts and villages from the local government headquarters, namely; Konkol, Belel, Sarau (A), Sarau (B) and Tambajam.

Mai Pakka lamented that famers in the area as well as international merchants were summarily counting loses, having been cut off from the country by the floods, praying against food scarcity.

Mai Pakka explained that the roads, when rehabilitated, would boost economic activities and generate more revenue to country.

Although, no life was reported to have been lost, properties worth millions of naira were destroyed. Therefore, Mai Pakka has appealed to the state government and NEMA to bring immediate and necessary assistance to the affected persons.

Mai Pakka commended Governor Fintiri, for the developmental projects spread across the state, adding with assurance that Fintiri led administration would not be fatigued ensuring that wellfare and well-being of her citizens are accorded top most priority.