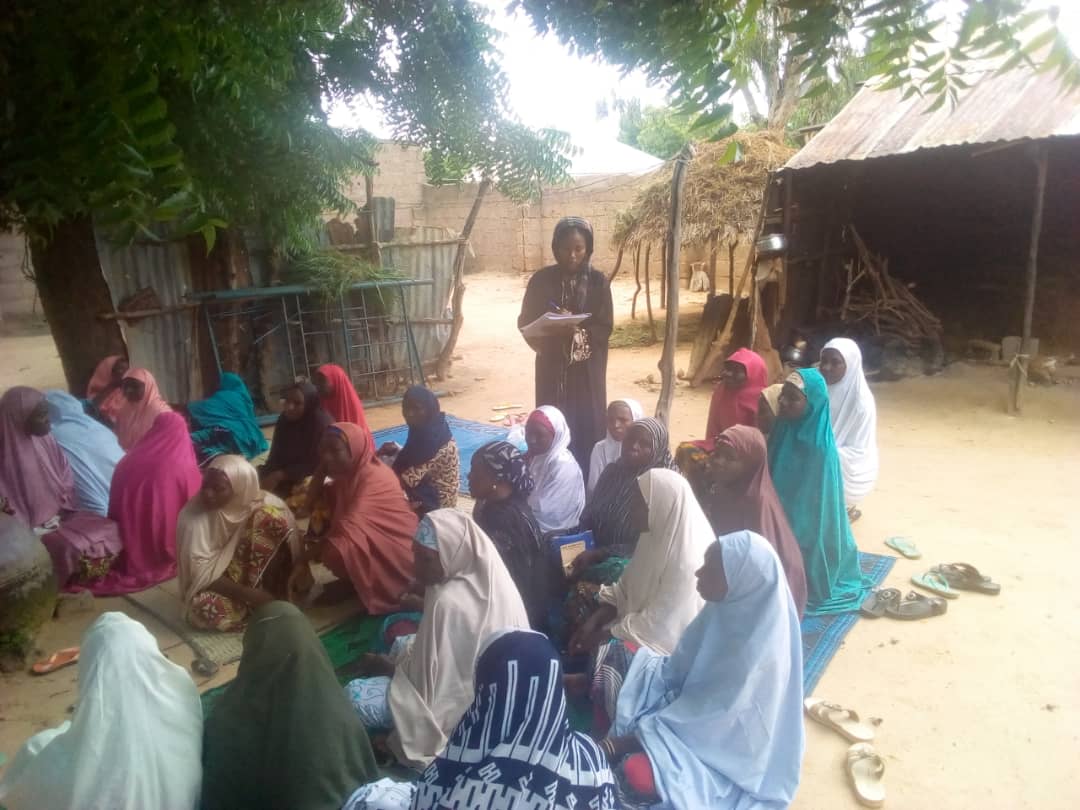 The programme officer of the Foundation Mr Kingsley Yalling said at the training session in Dambam on Saturday that the training was for the women to improve rural enterprise in the two LGAs.

He said the 50 women would be trained on VSLA methodology in Dambam and Gamawa local Government areas of Bauchi State.

“25 women from Dambam LGA and 25 From Gamawa LGA would also be trained on the methods of operations and management of group activities.

“The training features sessions such as group Constitution, where they were taught to develop for themselves what is best suitable for group discipline and members conduct during meetings,

“Leadership, the type of leaders to elect and their functions, including the process of the election, VSLA Box and key holders, the responsibilities of key holders and election process and contents of the box and its use, cards and share purchase amongst others,” he said.

Meanwhile Women Association which formed 9 months ago has shared among their groups the sum of N879,980 of the Village Saving loan (VSL) scheme in Gamawa LGA.

The women commended Attah Sisters Helping Hands Foundations (ASHHF ) and ActionAid Nigeria for initiating them in the scheme in their Community Gamawa on Saturday.

Some of the beneficiaries of the loan said the impact of savings groups was very effective on the lives of the poor in the rural areas.

Mrs Saratu Aliyu said contrary to reports of negative impact of village savings and loans schemes (VSLs), women in Gamawa have testified that their lives have been transformed through the initiative.

According to her, some of the women used the gains from group activities to buy rams, some Goats, some Sewing machines, and some fridges among other things for business activities.

Aliyu said the VSL scheme has enhanced their living conditions and that they are financially empowered.

Malama Fadimatu Bello said since she joined the VSL group 9 months ago she has bought goats and is financially independent.

“I have also managed to buy furniture in my room on top of having chickens that I rear at home,” she stated.

Mrs Aishatu Abdullahi, a beneficiary in the share-out, said during the meeting days, she took a loan of 15,000 naira and used it to buy a goat.

She noted that it was one of her dreams for a long time but there was no hope since the money was not available.

She explained that the group shared N487,500 amongst themselves, saying I just collected N31,050 naira as my contribution.

Hajiya Lami Gamawa and Hannatu Gidado in the same area, are also full of praise for the VSL groups.

“The scheme promotes the groups that led to an improvement in financial inclusion, household business outcomes, and women’s empowerment,” they said.

Gombe: Going Against The Tide Of Trumpet Blowing