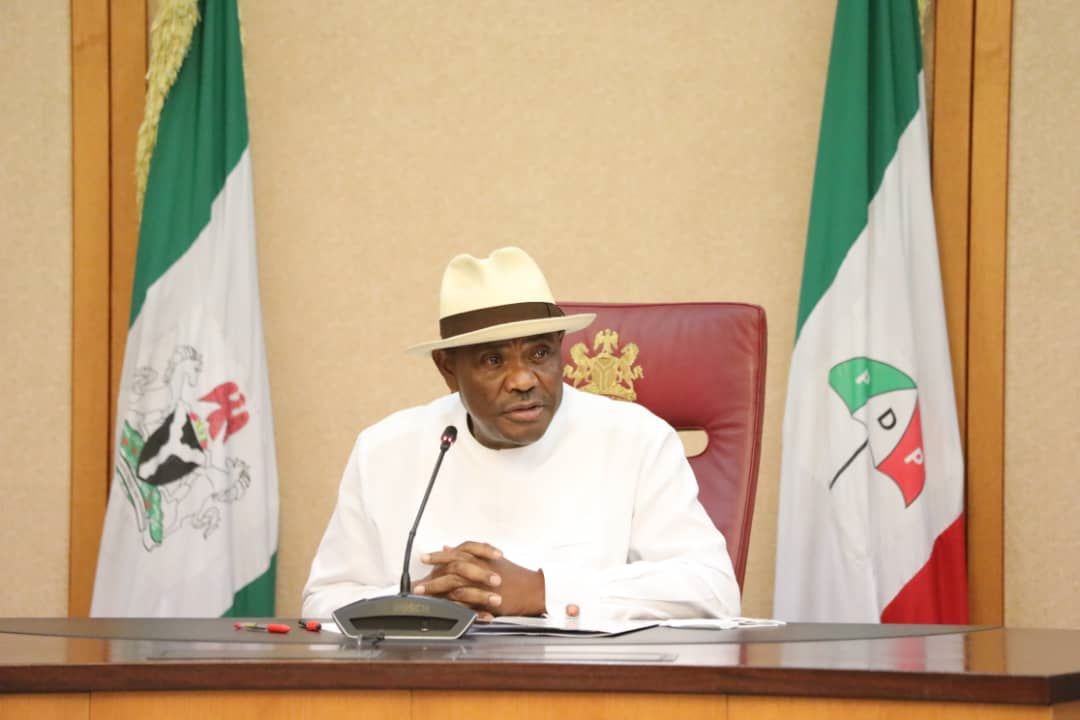 Governor of Rivers State, Nyesom Ezenwo Wike has urged the Peoples Democratic Party (PDP) to challenge the defection of the Governor of Ebonyi State, David Umahi and Governor of Cross River, Ben Ayade, to the All Progressives Congress (APC).

The Governor in a statement by his Media Aide Mr Kelvin Ebiri has also enjoined the PDP to also challenge the defection of former PDP members in National Assembly and State House of Assembly in both States, to the APC.

Governor Wike, who stated this in Port Harcourt on Saturday, stressed that the time has come for the judiciary to make a final pronouncement on the incessant defection of governors and lawmakers from one political party to another, in order to save the country from becoming a one party State.

“The time has come that the judiciary must have to rise to the occasion to make a final pronouncement of this issue of defection and that will go a long way to strengthen our democracy. Because if we do not take action, you will find a situation where you will have a one party State and that will not be good for our democracy.

“And so, I have encouraged the PDP, they must file a suit against the Governor of Ebonyi State, David Umahi and the Governor of Cross River State, Ben Ayade for defecting to the All Progressives Congress without any reason provided in the constitution or any other enabling law.

“What PDP is looking for is not just that they want to reclaim the seats, but that a pronouncement must be made by the judiciary on this incessant defection without no reasons at all, in order to enhance and strength our democracy.”

Governor Wike said it is unacceptable for governors and federal and state lawmakers, who have been elected on the platform of a particular party to defect to another where there is no division in the party that brought them to power.

“Let it be on record that the party (PDP) has been able to challenge it and let us await the outcome of the decision of the court, because the court has a role to strengthen our democracy. And part of the role the court must play is to make a final pronouncement on this issue of defection from one party to the other.”

Governor Wike described the Court of Appeal reconfirmation of Jarigbe Agom as the Senator-elect of Cross River North senatorial district as a victory for democracy and the PDP.

The Rivers state governor, who congratulated Agom for his perseverance, also commended the judiciary for standing up to the antics of desperate politicians and some lawyers, who would want to ridicule the judiciary.

“People must understand there is an end to litigation. This is a matter from my knowledge was a pre-election matter and went up to the tribunal. And I do know that the Court of Appeal tribunal sitting in Calabar sometime in July gave judgment declaring Hon Agom as the senator elect and therefore directed INEC to issue a certificate of return to him and that was carried out by the INEC.

The governor advised lawyers to desist from filing matters in court on behalf of their clients that are intended to ridicule the judiciary.

According to him, it is obligatory on every lawyer in the country to protect the integrity of the court.

How 22 Ondo Unarmed Muslims Were Killed At Rukaba Jos – MURIC