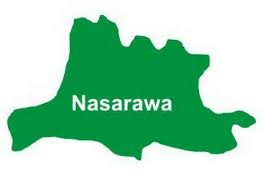 The Nasarawa State House of Assembly has directed its House Committee on Education, Science and Technology to investigate the alleged employment of 366 secondary school teachers by the office of the state Accountant General.

Speaker of the House Rt Hon Ibrahim Balarabe Abdullahi gave the directive after Hon Daniel Ogazi, the Chairman, House Committee on Education, Science and Technology, raised the alarm on the Matters of public interest during the House proceedings today in Lafia.

Balarabe said that a thorough investigation into the alleged employment of teachers would enable the House to know the true position of the matter.

‘I want to appreciate Hon Daniel Ogazi for bringing this matter of public importance.

‘This House will not fold its hands-on matter of this magnitude.

‘It is in view of this that I direct that the House Committee on Education, Science and Technology to carry out a thorough investigation.

‘You are to invite all those involved for questioning and report back to the House within three weeks,’ he said.

Earlier, Hon Daniel Ogazi, the Chairman, House Committee on Education, Science and Technology while raising the matter said that the alleged employment emanated from the office of the state Accountant General.

‘During our recess, we did not go to sleep. We have carried out our oversight functions and it is on this note that we discovered this purported employment of 366 secondary school teachers.

‘Before there should be any employment of teachers, advertisement of vacancies where applicants will apply and screen for the job needed to be done through the State Teachers Service Commission TSC ”

‘Uptill this moment, there is no advertisement of vacancies but there was employment of 366 secondary school teachers in the state.

‘We have some documents on the purported employment,’ he said

Ogazi told the House that there was no provision in the 2021 budget for the employment of 366 secondary school teachers and wondered why there was such employment without due process.

Meanwhile, the House also deliberated on the report of the Joint Committee on Housing and Environment/ Health on a Bill for a Law to Establish the Nasarawa State Waste Management and Sanitation Authority and for Connected Matters.

The speaker slated Aug.10 for the third reading of the bill.

The House also passed into second reading a Bill for a Law to Establish the Nasarawa State Urban and Regional Planning Board and for Other Purposes Connected Therewith after Hon Daniel Ogazi, moved a motion for the bill to scale second reading which was seconded by Hon Luka Iliya Zhekaba.

The speaker committed the bill to the House Committee on Urban Development to work on it and report back to the House on Wednesday, Aug 4.

JUST IN: 32 COVID-19 Delta Variant Cases Have Been Confirmed In Five States – NCDC