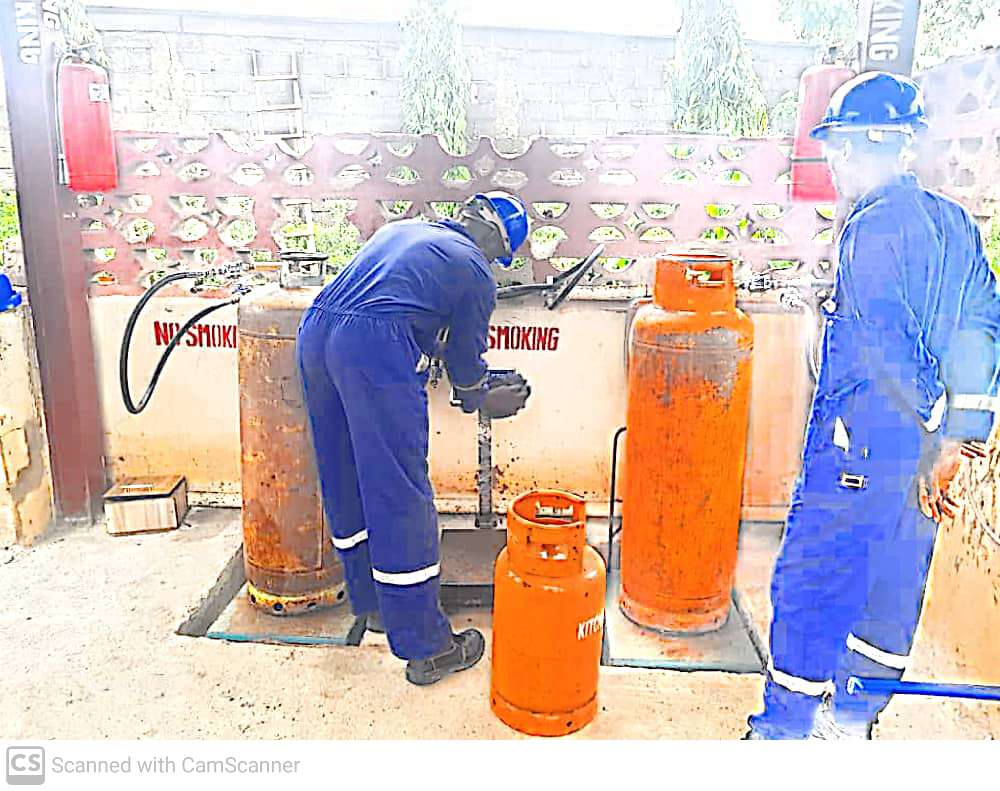 The high cost of cooking gas has forced many people to patronise firewood and charcoal, for domestic and business activities in Yola,

Energy market survey in Yola, the Adamawa state capital, revealed that cooking gas is now sold at N440 per Kilogramme.

According to the survey, many households and food vendors have migrated from using gas to firewood, due to the high price of the commodity.

A cross section of restaurant owners and households interviewed described the rise in the price of the commodity as worrisome.

Mrs Jummai Hassan, a Hotelier, in Jimeta, Yola North LGA said that she migrated from using gas, to firewood to run her kitchen business.

Mr. Mathias Audu, a restauranteur and roasted chicken seller also in Jimeta, Yola, said the price of the cooking gas forced him to start using firewood, as means for running his business.

When contacted over the situation, Alhaji Ibrahim Jada, state branch chairman, National Gas Dealers Association of Nigeria (NGDAN), said that on daily basis, they were losing customers due to the hike in price of the commodity.

Jada expressed worry that the increment of price of the cooking gas is alarming and seriously affecting their businesses.

” I know a lot of my customers who left gas to firewood, because of the high price.

” In fact, some of my customers, for more than three weeks, have abandoned their cylinders at our gas plant and did not come back to pick them.

“ Government need to do something urgent, and if such is allowed to continue, that means the aims have been defeated “. Jada said.

According to him, members of the association had experienced sharp and huge increment cost of the product from depots in Lagos.

Jada disclosed that some reasons behind the high cost of the commodity were attributed to the foreign exchange rate with Nigerian currency.

” In the last one week, we have experienced sharp increment cost of the product from depots, with about one million Naira increment.

” The cost of 20 metric tonnes of the commodity, as of last week Monday 5, July. was between six million naira to N6.2 million naira.

” The price of the product has risen to between N7.1 million to N7.2 million naira, per 20 Metric tonnes “. Jada said.

He said the cost of the product in Adamawa if compared with Lagos; where the commodity is being lifted, the price per Kilogramme was almost the same.

The Chairman lamented that the cost of transporting 20 metric tonnes of the product from Lagos to Yola was N1.1 million naira, which made the total cost to N8.3 million naira, equally affected landing cost.

He regretted that the product was even under sold in Yola, compared with other states in the country.

” The commodity is now sold at N440 per Kg in Yola, which translated that most of the gas plants are running the business at a loss, because they are making nothing out of it.

” And the way the price of the commodity is going up, no analysis has indicated that the price will come down.

” And if care is not taken by December 2021, the price may reach 40 per cent increase per kilogramme, which means a kilogramme of the product will be sold between N600 to N700 naira. ” he warned.

Speaking on the development, Mr. Sadeq Ibrahim, Operations Controller, Department of Petroleum Resources (DPR), Yola office, said he was not in the position to talk about cooking gas price.

” Sorry, l am not in a position to talk about price for cooking gas. The product is deregulated, therefore, l don’t have anything to say on deregulated products like cooking gas and even diesel.

” My only message to the consumers is, for them to go where they can get the commodity at a cheaper rate.” Ibrahim said.

When contacted, Dr. Abraham Yunusa, an Environmentalist and private Consultant, based in Yola, observed that the situation if allowed to continue unchecked, would affect government policy and programmes on environment protection and control.

Yunusa said the development may likely affect the government ‘Great Green Wall Project’ and cause massive destruction and forests devastation in the country.