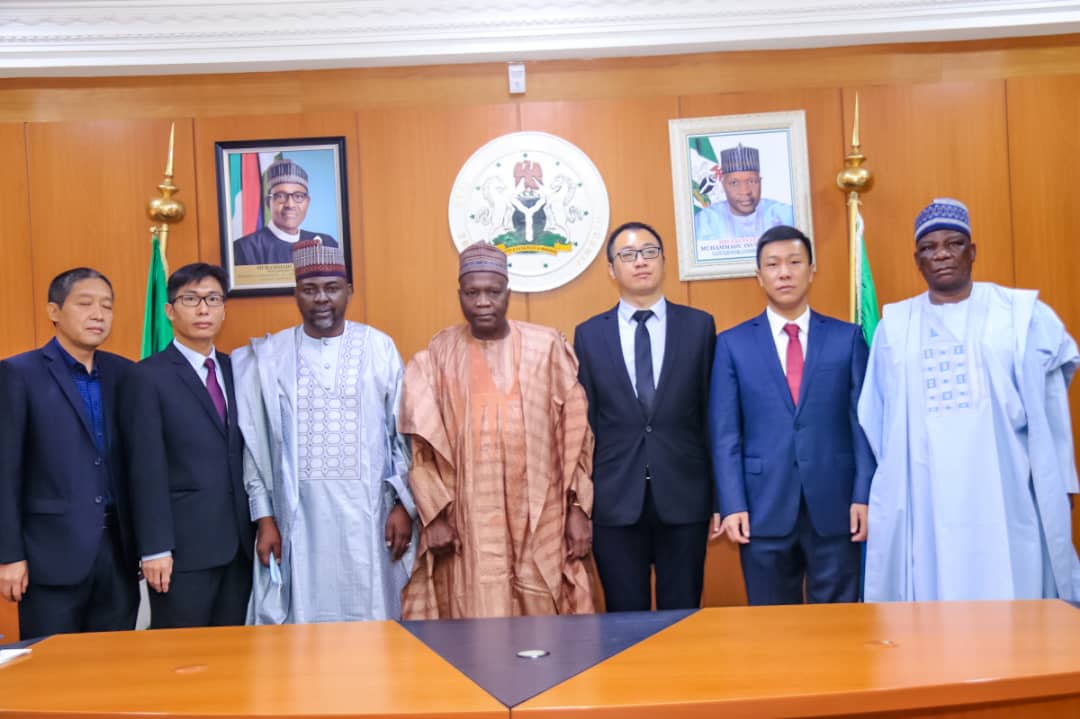 Gombe has started reaping the benefits of its new status as number one state in terms of ease of doing business with a Chinese conglomerate, Sinoma International Engineering Company Limited in partnership with an indigenous company, Madugu Cement coming to establish a five million metric tonnes Cement Factory in Kembu and Kwali districts of Akko and Yalmatu Deba Local Government Areas of the State.

The Governor informed them that with the prevailing atmosphere of peace and tranquility in the State, coupled with the hospitality of its people, Gombe is equally endowed with human and natural resources suitable for investors to explore for and cause a social and economic change.

He explained that in order to put the State on the path of progressive development, his administration has revamped the health and other critical sectors and institutionalised policies and programmes that will enhance and boost economic activities in the State.

Governor Inuwa Yahaya further explained that the location of Gombe at the centre of the North East makes it a hub for a robust commercial activities in the sub-region which has a market population of about 25 million people.

“Your coming here is very apt and we welcome you most profoundly because we benefited from the existence of the one and only cement company in the sub-region, infact in the whole of the North we have only 4 cement plants; those of Obajana, Sokoto, then Gboko and that of Ashaka; so any number on top of these ones will only improve on our economic activities, improve on our infrastructure to the people of the sub-region”.

The Governor said the recent award of the State as number 1 in terms of ease of doing business in the country is not by accident but a deliberate approach of facilitating business activities by his administration to make the State a choice destination for both local and foreign investors.

Governor Inuwa Yahaya thanked the Chairman of Madugu Cement Factory, Mohammed Ibrahim Madugu, a son of the soil, for the bold initiative, saying the North East in particular is home to many mineral desposits of commercial quantity.

He said Gombe State can contain up to 3 cement factories owing to vast deposits of Gypsun and the viability to produce both hydro and coal powered energies, describing the 40 megawatts Dadin kowa hydro plant as a one stop shop.

The Governor noted that with the complimenting business variables in the State and its status as number 1 in ease of doing business, no investors should contemplate on coming to invest in the State on the grounds of favourability.

Governor Inuwa Yahaya therefore assured Madugu Cement Factory and its Chinese partners that his administration will clear the coast for their business engagement to thrive for the overall benefit of the people of the State.

He said when completed, the company will create jobs, boost local economy and aid revenue generation as well as social corporate responsibility to the people especially the host communities.

Mohammed Ibrahim Madugu said their coming to the Government House was to intimate the Governor on their investment plan and to seek for his support and blessings.

“The desire for this project was driven by your administration’s quest to place Gombe State on a sustainable development trajectory through long term visioning and planning. As a citizen of Gombe State, I feel I have a role to play in actualizing this dream “.

The Project Manager of International Marketing Africa Region of Sinoma International Company Limited, Sun Yujin assured the government and people of Gombe State that the partnership with Madugu Cement Factory will produce a monumental socio-economic and human capital revolution in Gombe State.