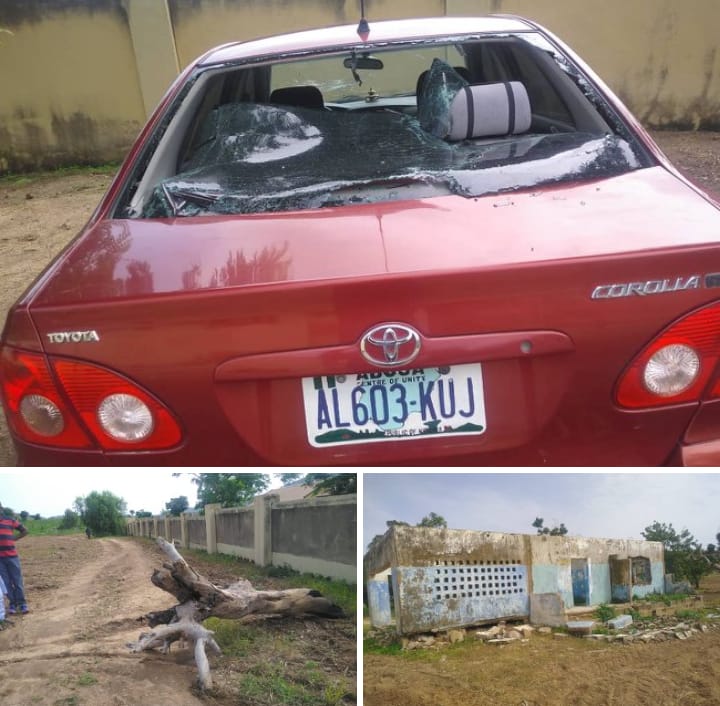 Sahelreporters Correspondent reports that the Ardo was attacked at night around 11pm on Monday, July 12, 2021, on his way back to Pakka his palace from Jalingo-Maiha, the local government headquarters by the savages, rather terrorists in complacency and conspiracy in breaking truce and treaty.

According to the report, the intolerable gangs, the community feared, only served as a threat to truce, peace and mutual coexistence, progress and development of Pakka in particular and Maiha as a whole.

“The attack was said to be carried out by sixty armed with clubs and other dangerous local weapons, cocooned in religious anarchists, ochastrated by one Ibrahim Emmanuel Bala, considered to be a disciple of one Pastor Ishaya Benson.

“Failing to stop him at the mounted roadblock meant to trap the village head, the gangs decided to smash the vehicle he was driving alone.

Eyewitness account revealed that the attack could be due to the invitation of the seeming gang leader by the DPO, Maiha Police Division over the intended move to cause descension for possible anarchy by breaching the truce and treaty among the traditional authority, security agencies and the CAN chairman.

This according to the report by our Correspondent was “relating to the temporary access road that passes through the premises of a dilapidated dysfunctional dispensary donated decades ago to the missionary, currently under the custody of the Pakka Diocese led by Pastor Ishaya Benson.

“The access road is to allow for the successful mounting of MTN Mast in Pakka.

“It did not sound embarrassing as all parties to the meeting embraced the development, understanding that there is no GSM service in Pakka, says the report.

Ibrahim, the gang leader, with other gang members who attacked Ardo Pakka were apprehended and handed over to Police Area Command in Mubi for further investigation.

All efforts by our Correspondent to have the police state command and Maiha local government council chairman confirmed the incident proved fruitless as the GSM of the Police Public Relations Officer, DSP Suleiman Yahaya Nguroje and that of the chairman were not going through at the time of filling this report.