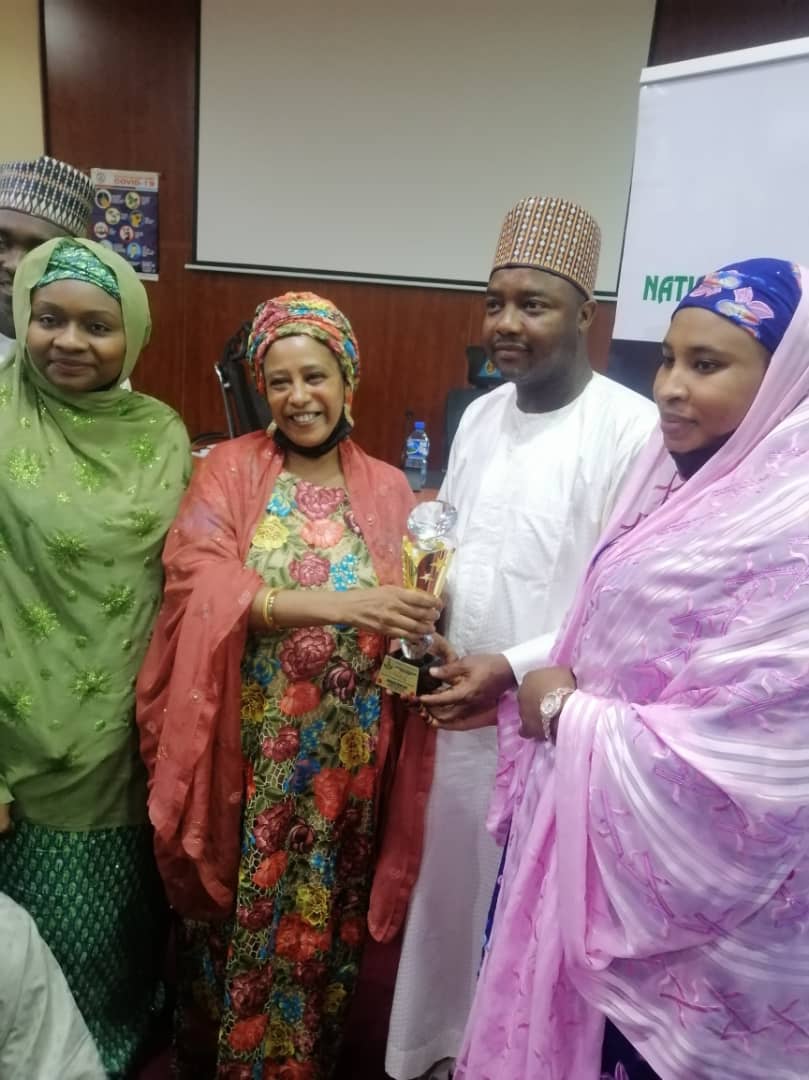 The National Productivity Centre, a parastatal under the Federal Ministry of Labour and Productivity has presented a prestigious award of excellence to the Executive Chairman of Gombe State Internal Revenue Service, Mr Abubakar Inuwa Tata as the most outstanding Chairman of state revenue service in the country.

The Director General of the Centre, Dr Kashim Akor while presenting the award to the recipient, said the National Productivity Centre found Abubakar Inuwa Tata worthy of the award for his resilience in revenue generation, productivity and compliance ever since he assumed office two years ago.

“We are celebrating Gombe state today because of the leadership role the Governor, the awardee and his management team have been playing resiliently by steering our nation while deftly navigating uncertainties brought about by economic pressure, security challenges and Covid 19 pandemic among others through initiating of ideas, innovations and investment required to build and nurture Nigeria to a stable and peaceful socio-political entity”

The Director General added that the award presentation summit was organised to recognise and celebrate chairmen and members of management team of various institutions across the six geopolitical zones who played exceptional roles in enabling and facilitating growth in the political space and by extension the national gross domestic product (GDP) through breaking new grounds in development, implementation and institutionalization of forward looking policy direction, projects delivery and process improvement in the areas of budget and finance, taxation, e governance, legislation, Agriculture, staff development and training among others.

Speaking shortly after the award presentation summit at a civic reception organised by Gombe state internal revenue services in his honor, Mr Abubakar Inuwa Tata attributed his achievements in the said financial institution to the people- centred and result- oriented economic policies of governor Muhammadu Inuwa Yahaya as well as the free hand granted him to run the affairs of the institution coupled with dedication of his management team and other stakeholders operating within the system.

Mr Tata acknowledged the commendable support and cooperation he is being accorded by tax payers at both individual and institutional levels without which he noted, the institution’s objectives of meeting its periodic target cannot be achieved.

He said despite the stiff resistance he met from vested interest when he took over, yet he was able to summout the challenges through tactful and strict measures coupled with severe penalties on defaulters.

Abubakar Inuwa Tata further said his institution had reviewed and reintroduced some motivational policies that encourage his staff in competing for revenue collection such as cash of collection allowance (coca) where revenue collectors with high turnover legitimately benefit from what they have generated.

“The measure we took to ensure tax and revenue leakages are checked was the prohibition of cash collection by our staff as it was in the past where public funds generated from tax payers get into personal pockets of few individuals and that significantly improved our revenue generation from 6.8 billion in 2019 to 8.56 billion in the year 2020”.

The chairman who assured tax payers in Gombe state that while their funds have already started being put to use for road construction, assured that more infrastructural developments will come on stream across the nooks and crannies of the state so long they maintain compliance in tax payment.

He stressed the need for the institution to be financially and operationally autonomous as the case in many commercial states of the country to enable them have absolute power in decisions making.

“Gombe state internal revenue services is undergoing transformation as such paradigm shift requires absolute power to initiate in house policies in all areas of operations for maximum productivity”.

He thanked Governor Muhammadu Inuwa Yahaya for finding him worthy to contribute his quota back home through steering the affairs of Gombe state internal revenue services and Gombe state Fiscal responsibility Commission.