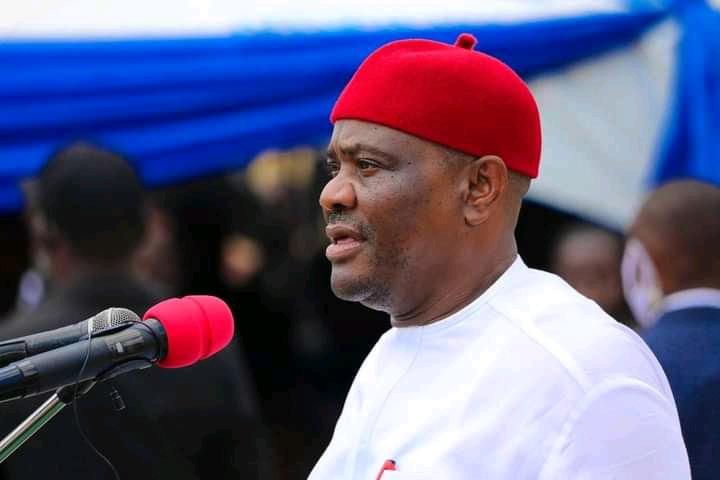 He issued the stern warning on Wednesday at the flag-off of the construction of the Rumuepirikom Flyover in Obio/Akpor Local Government Area of the State.

The governor in a statement by his Media Aide Mr Kelvin Ebiri stated that any monarch from Rumuepirikom and other communities in the State who summons contractors handling government projects to his palace for the purpose of demanding for inducement will be deposed.

He also warned youths in the State to resist the temptation of disrupting government projects in their communities. According to him, the era when government winked at such act is over.

The governor has meanwhile advised Julius Berger and other companies handling construction work to ensure implementation of the local content component of the project.

The governor noted that Rumuepirikom is less known for criminal activities because the leadership of the community has sufficiently enforced good conduct among the residents.

“Now, I’ll not be a governor that will go and meet somebody in 2023 when I leave to complete my village road, no, I won’t do that. Every road in my community, I must do it now. I am not forgetting any road. Julius Berger must go back and compete all the internal roads in Rumueprikom. You must also put street light.”

“So, when you are coming to us to campaign, don’t come and tell us that you’ll do roads for us. You have not one to do. Don’t come and lure us with roads because I am doing every roads now.

Some people say why are you doing flyover here, why won’t I do flyover? Anybody who uses this road would know how congested this place is. If you’re going to airport you’ll follow here; whether it is Ignatius Ajuru University or the Rivers State University you must pass here. So, how can anybody who loves Rivers state say the flyover here is needless.”

Speaking further, Governor Wike hinted that he will move the Slaughter Market to the Waterfront of Rumueme.

He also announced that appointment into boards of government parastatal will be after the ongoing project flag-off and inauguration. According to him, women will be favoured with such appointment particularly in Rumueprikom.

The governor declared that, when it comes to winning elections, no electoral ward in the State can match the voting strength of ward 9 in Obio/Akpor Local Government Area.

Governor Wike therefore, urged those nursing the ambition to run for governorship of Rivers State to learn how to curry the favour of voters in ward 9 of ObioAkpor Local Government Area to benefit from its strategic electoral role.

“For all of you that are queuing up, saying that you want to be governor, hold on, Let me finish: let my community finish its turn. Allow us to enjoy the spoil of office while we are still in office. Thereafter, you can set your own agenda when you come into office.”

Performing the flag-off, former President of Nigerian Bar Association (NBA) Onueze C. J. Okocha (SAN) described the Rumueprikom Flyover as a very important project that will offer utility service beyond the improved aesthetics and ease of movement it affords.

“This Flyover traverses what I should say the third most important entry point into the city of Port Harcourt. Before we used to have the Ikwerre Road and Aba Road, now we have this Ada George Road which takes you into the city.

“This is a landmark project, it is the 9th Flyover project conceived by the governor. The last one, I’m told will be at the Rumuokwurushi -Igwuruta Road -East -West Road Junction. All of us are proud and we commend you for your remarkable and landmark achievements as our governor.

“Development experts and road policy analysts would tell you that flyovers and good roads help to improve not only the aesthetics of the city but also improve the easy movement of goods and persons.”

Providing the description of the Flyover, Rivers State Commissioner for Works, Elloka Tasie-Amadi said the Rumuepirikom Flyover will be 820m long with a 293m suspended section, an approximately 30m wide carriage way and a total cross section of 44m.

“In plain terms, it will have 8 lanes like all our other flyovers; 4 lanes above ground measuring 14.6m wide and 4 service lanes of same dimensions with 2 meters added for lay-bys It will be well lit. This project will be commissioned within the next 12 months, It will solve traffic challenges, drastically shorten travel time to and from the Port Harcourt International Airport Omagwa.”