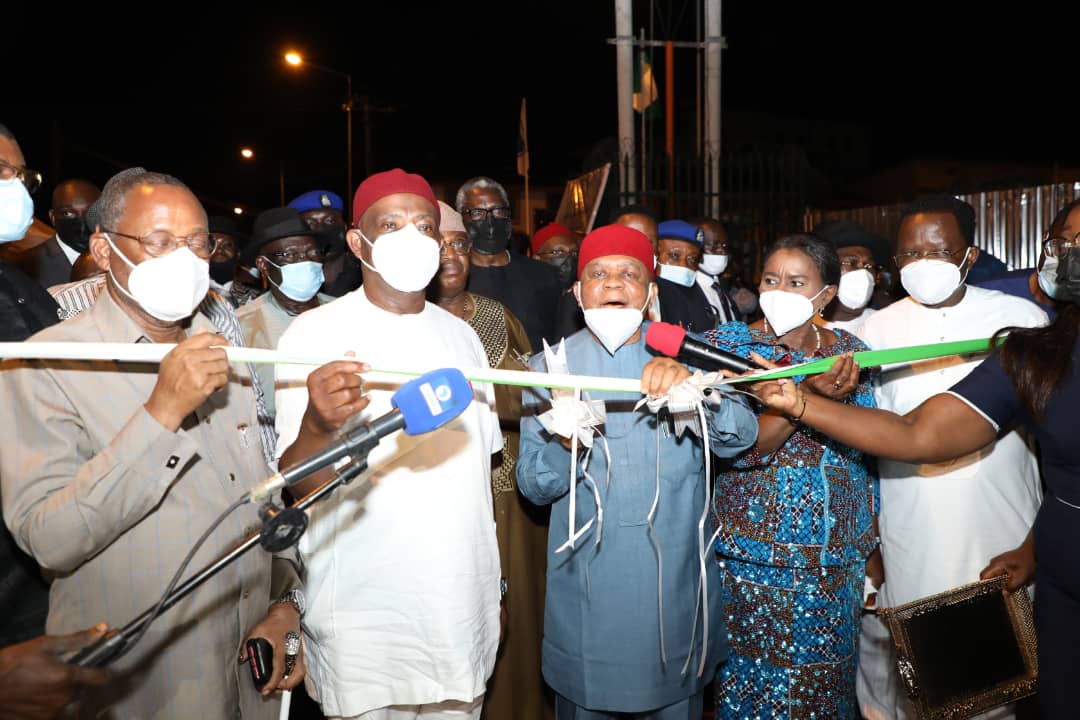 Governor of Rivers State, Nyesom Wike says the credibility and integrity of the Zamfara State governor, Bello Muhammad Matawalle is now at stake following his defection from the Peoples Democratic Party (PDP) to the All Progressives Congress (APC).

He said the preoccupation of any governor who means well for his State ought to be the delivery of dividends of democracy to the citizenry and not to join the APC that has failed Nigerians.

“People must have respect for themselves. There are things I cannot do for the sake of my children. In 2019, Matawalle said I will never leave PDP. I will never disappoint PDP. If I disappoint PDP, I will never have peace in my life. Today, what has happened? Is everything politics? It is not true. Everything cannot be politics. Your credibility, your integrity is important in life. I will never betray my people.”

The governor said only spineless governors and politicians will succumb to threats and blackmail of the ruling APC to join the party or risk persecution. According to him, only governors who cannot perform decamp to APC, primarily to seek protection from a party that is allegedly fighting corruption.

“A governor invited Mr President (Muhammadu Buhari) to flag off a super highway of 260 km, and up till now, Mr President has not asked the governor about the highway.”

Governor Wike explained his administration has since 2015 made conscientious effort to transform the landscape of Rivers State and restore the Garden City status of Port Harcourt, contrary to misleading lies being peddled by the likes of former Director General of Nigerian Maritime Administration and Safety Agency, NIMASA, Dr Dakuku Peterside.

The governor said Peterside, who was once stripped naked in Rivers State University for cult related activities, and whose company misappropriated funds meant for the shore protection project in Kalaibiama community in Opobo LGA, lacks the moral rectitude to criticise his administration.

He said it rather unfortunate that those who laid the foundation for cultism in Nigerian universities have gradually found their way into the country’s political sphere.

Governor Wike stressed that it was because of the cluelessness and lack of focus of the immediate past administration in the State, in which Peterside served as Commissioner for Works, that projects like Abonnema Ring Round awarded by Governor Peter Odili, Rumuolumeni-Rumuepirikon road, Woji road among others were abandoned. But, he has since completed these projects in the interest of the State.

The governor described the former NIMASA DG as a political neophyte because PDP has won all the elections in his Opobo Local Government Area since 2015.

Governor Wike maintained that curfew imposed in the State in the wake attacks on security formation will only be relaxed when he receives security brief from the State Security Council.

“I will not lift the curfew until the security people tell me it is time to call off the curfew. Only criminals complain against the curfew. I prefer to protect life and property.”

He noted that Rivers people are happy with the achievements of the Wike’s administration because the state remains the only place where projects are being flagged off and inaugurated every day and night.

Senator Orji said it was rather mischievous for Peterside and others to peddle lies about the glaring developmental strides of the Wike’s administration.

Rivers State Commissioner of Works, Elloka Tasie-Amadi said the reconstructed eight streets have a combined length of 4.4km, an average road width of 9m (7m to 10m) and 3.7km of new drains.

“This project to the uninitiated will look merely like an improvement in the character of the road and its design speeds having been reconstructed and expanded, but it goes beyond the road. It not only improves the character of the neighbourhood and by extension our capital, it (the reconstruction) goes further to positively impact on real estate, security and much more, offering all the benefits associated with good road and transportation access.

“Most importantly, these roads have been built to last, freeing up funds for other needs in the future. It is said that it is always cheaper to do it well the first time thereby avoiding costly repairs and repeat works.”