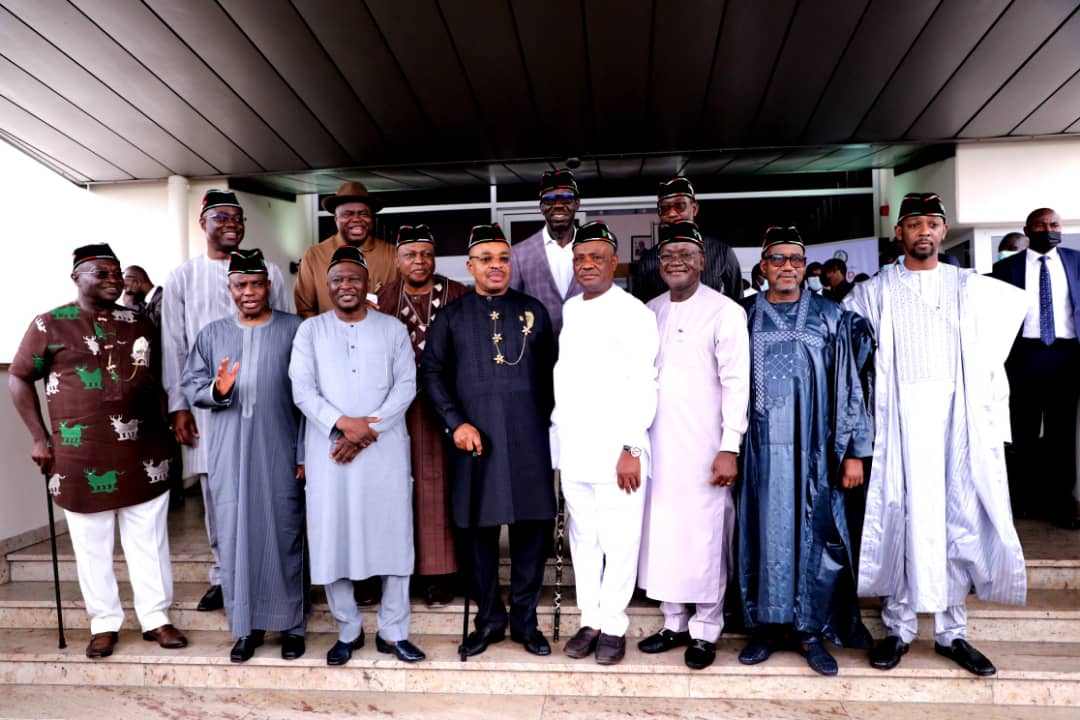 Governor’s of the People’s Democratic Party have again appealed to the federal Government to exercise power with restraint.

This is contained in a statement released by Mr Humwashi Wonosikou, Press Secretary to Governor Ahmadu Umaru Fintiri of Adamawa State.

Rising from its one day meeting in Uyo, the Akwa Ibom State capital on Monday, they condemned the wanton destruction of lives and property, describing it as a threat to democracy and stressed the need to secure the nation from mindless killings of innocent citizens.

The meeting reiterated the need to decentralise the operations of the security apparatus of State even within the existing legal framework to ensure the input of local operators in State and Local Governments in policing and security.

According to the communique read by the chairman of the PDP Governors’ forum and Governor of Sokoto state, Waziri Tambuwal, the Governors took a swipe on the APC Government over what it describes as the opaque manner the Nigerian oil company NNPC is carrying out its operations.

The forum decried the organisations decision not to make its statutory contributions to the federation account, thereby starving the States and Local Governments and all Nigerians of funds needed for development and general well-being, noting that as trustee to the People they are running against the spirit of the 1999 Constitution, while other revenue generating agencies must also ensure they make contributions into the federation account.

The PDP Governors said going forward the federating States should have a say in determining operating costs to ensure transparency and accountability.

While also frowning at the rising debts and what it describes as uncontrollable debt profile, the meeting regretted that the gains under the Obasanjo administration where Nigeria exited its foreign debt obligations has been destroyed, warning that going by the borrowing spree of the APC Government if unchecked could lead the nation into bankruptcy.

The Governors also expressed support for the implementation of judicial and legislative autonomy in the federation and States.

It wants more involvement of States in mining and geophysical activities within their States to diversify the economy and compliment oil as a foreign exchange earner for the nation.

The People’s Democratic Party Governors who requested the President to review the suspension of Twitter operations in Nigeria in the national interest, urged the Government to think outside the box and find solutions to the problems facing Nigeria.

On President Muhammadu Buhari’s comment to Governors to find solutions to security challenges, the Governors wondered if the Chief Security Officer of the Country is unaware of his responsibilities under the Constitution over security organisations, adding that though they play a critical role in complimenting the Government at the centre, which they are doing, the President must rise to his responsibilities.

While commending Governor Udom Emmanuel for bringing prudence, innovation and competence to governance, the Governors reiterated their earlier call to the National Assembly to pass the Electoral Act and Constitution amendment to ensure restructuring and decentralisation of governmental powers and functions.

Thirteen out of the fourteen PDP Governors Were in attendance, while the Deputy Governor of Zamfara State Mahdi Mohammed representated Governor Bello Mohammed Mutawalle.