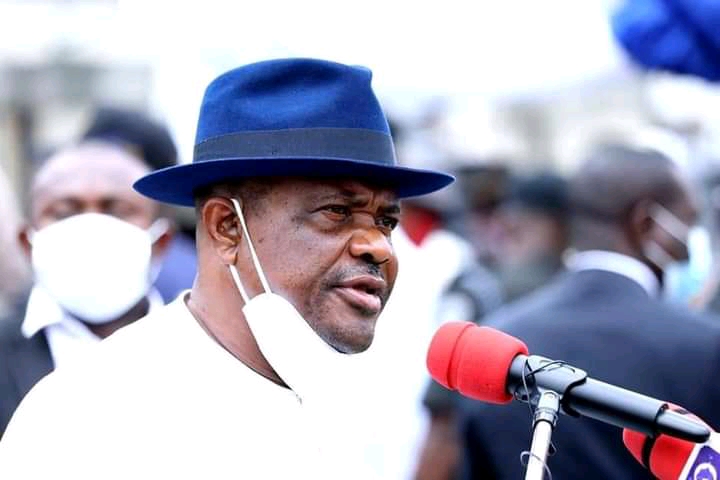 Governor of Rivers State, Nyesom Ezenwo Wike has urged Ogbakiri people in Emohua Local Government Area of the State to stop destroying their communities because of misgivings held against each other.

The governor gave the charge at the ceremony for the flag-off of reconstruction of Ogbakiri Internal Roads on Saturday.

Governor Wike said it was time Ogbakiri people forgave themselves, considered the disadvantage their former celebrated reputation had suffered and resolved to chart a new course.

According to him, it is only a united people and community that can speak with one voice, determined their development and pursue to achieve it concertedly.

“Ogbakiri people, you have suffered. Look at what the crisis had done to you. Ogbakiri used to be known as one of the great communities in the whole of Ikwerre area. But things are no longer the same today, because of our lack of understanding.

He further continued: “believe today, with what we are doing, everybody must go back home and let us work together. I want all of you to join hands. Let us make sure that Ogbakiri comes back.”

The governor berated some leaders and people of Ogbakiri for being part of a political parties whose leaders have lied to them at every campaign but will never return to deliver democratic dividends to them.

Governor Wike said politics is about what can be attracted to the people as a communities and not for selfish aggrandisement of a few persons.

“I have told people, compare parties. Since 27th May 2021, we have been going from one local government to another, and from one community to another. Let their own party do the same too.”

Governor Wike noted that what they had suffered politically, is now been corrected because their leaders in the Peoples Democratic Party (PDP) have now attracted dividends of democracy to the community.

He urged them to change the style of their politics so that when those of the other party comes to them, they can resist their lies.

He further added: “I’m surprised that up till now there are no roads in Ogbakiri. When this internal roads are completed, I will come back and give you street lights. “

Performing the flag-off, Ohna Sergaent Awuse noted that the Ogbakiri internal roads project stands as the highpoint of Governor Wike’s generosity to the people of Emohua Local Government Area.

“No man would have done what you have done for us. We will follow you, stand with you and give you what ever you need from us. You are a correct Ikwerre son.”

Rivers State Commissioner for Works, Elloka Tasie-Amadi said the 15kilometers of Ogbakiri internal roads project will be single carriage way and transverse the 6 communities in Ogbakiri.

He states that along with the numerous socio-economic benefits associated with good road and transportation access, the roads also afford psychological benefit.

“Ogbakiri Internal roads project is for the construction of 15kms of single carriage way, with a typical width of 8m and a total drainage network of 23km.

“These roads will be built according to our minimum standard specifications of sharp sand sub base, base course of 0/50 aggregate finished with 2 layers of asphalt, a binder course and a wearing course.

“These roads which will interconnect the 6 communities that make up Ogbakiri; Rumuoro, Oduoha, Rumuakani, Rumuada, Ahai and Okporowo, will be completed and commissioned within 12 months.”

Kumangar To Adamawa APC Chair: Your Claims Over Fintiri’s Projects Are Baseless