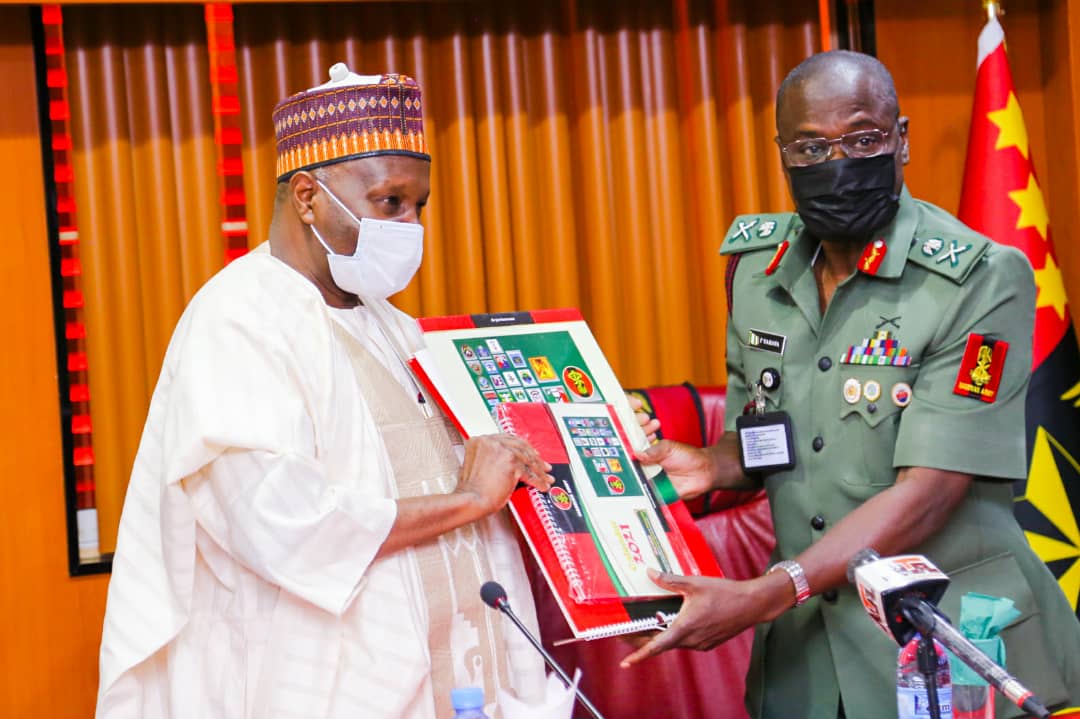 The Governor, accompanied by Senators Saidu Ahmed Alkali and Bulus K. Amos, appreciated the efforts of the Nigerian Military and other security agencies in the counter terrorism operations in the North East, saying his administration will continue to have constant engagement with the armed forces to safeguard the prevailing peace in Gombe state.

The Governor said being at the centre of north East, Gombe is bearing the brunt, serving as safe haven for intenally displaced persons, fleeing from the insurgency- hit neighbouring states.

” Nigeria is passing through hard times and series of challenges, especially security. And knowing fully well that Gombe state is in the North East, which is the epicenter of security challenges with the state harbouring a lot of displaced persons from the neighbouring states, we must work hard and collectively too in order to maintain and safeguard our most cherished peace in our dear state”.

He said Gombe state is ready to provide all necessary support to the Nigerian army and the armed forces in general, saying already “the Nigerian Army is utilizing our former NYSC camp as a de- radicalisation camp for repentant insurgents”.

The Gombe who noted that although the security challenges bedevilling the nation are enormous, however expressed confidence in the quality and capacity of the Nigerian army to deal with the situation, especially if given the necessary support and boost.

He congratulated the new army chief on his appointment, saying ” We believe you have the capacity, you have the tenacity and the vigour to deliver. As a government, I guarantee you , we shall give you all necessary support to achieve your objectives “.

The Chief of Army Staff, appreciated the visit and assured the Governor of continued synergy with the Gombe state government.

” Like you mentioned, Gombe is central and strategic in our operations. We shall continue to cherish and maintain this partnership. As we speak, we are conducting special operations there under the aegis of 3 division in conjunction with 33 brigade in Bauchi, so we shall continue to give the best we can in addressing the challenges “.

” I want to also appreciate the efforts of His Excellency towards the relocation of the 301 general support to the permanent site along Kumo road despite the economic challenges at the moment”.