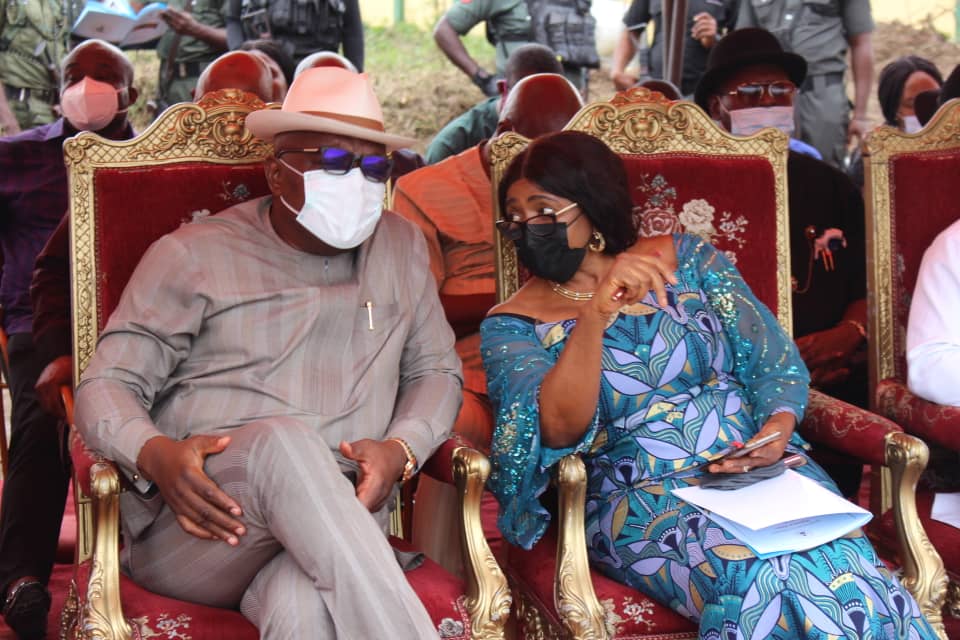 *To award contract for tenth flyover at Rumukurushi

Governor Nyesom Ezenwo Wike has vowed to resist any cabal within and outside Rivers State contemplating to foist his successor on the people of the State come 2023.

Meanwhile, the governor has declared that he has not anointed anyone to succeed him in office, and has urged church leaders in Rivers State to pray for a rancour free transition ahead of 2023.

Governor Wike in a statement by his Media Aide Mr Kelvin Ebiri stated this at a special thanksgiving church service in commemoration of the second anniversary of the second tenure of his administration at St Paul’s Cathedral, Diobu, Port Harcourt on Sunday.

The governor, who described the remaining two years of his administration as crucial, said he has never sat with anyone in private and promised to handover the realm of governance to the person by the end of his tenure.

“Let me say it again, I have never sat with anybody to say I will make you governor. But, as a governor, nobody from anywhere, be it in the party, in Abuja, will impose who will be the candidate of PDP in Rivers state.”

He further continued: “Nobody can impose a candidate here in this state. So, if you are running to Abuja, you are wasting your time.”

Governor Wike reiterated that the leaders and stakeholders in the State, will meet at the appropriate time to look at the pros and cons and then collectively decide who his successor will be.

He also explained that he is not unmindful that some persons presently preventing to be his ally are actually political foes plotting evil against his administration. To this end, he pray God to continue to expose such persons as the state gears up for another transition era.

He urged the leadership of the church to pray and ceaselessly seek God’s benevolence intervention for a crisis free transition in 2023 and that the next governor of Rivers State will be God fearing.

“I urge you to pray that we will have our transition very smooth. That there will be no crisis.”

The governor, declared that despite the crisis orchestrated to destabilise his administration at the inception in 2015 and subsequently in 2019, he has steadfastly continue to deliver the dividend of democracy to the people of the State.

Governor Wike, who ascribed the sustenance and successes of his administration to God’s divine guidance and protection, said without God, there was no way he would have survived the evil machination of some All Progressives Congress governors in connivance with the presidency, that attempted to foist any atmosphere of insecurity in Rivers State in order to rig him out of power.

He explained that his administration will not relent in delivery of needed infrastructure to every part of State despite the limited time left.

And as part of effort to further address the issue of traffic gridlock experienced in some parts of Port Harcourt, the governor announced that his administration will award contract for the construction of a tenth flyover at Tank Junction at Rumukurushi in Obio-Akpor Local Government Area.

In his sermon, Rt. Rev Wisdom Budu Ihunwo, Bishop of Diocese of Niger Delta North, prayed God to grant Governor Wike, who he said has turned Rivers State to a huge construction site, the grace to finish his tenure well.

The bishop noted that amidst recession and economic crisis that has beset all the States in Nigeria, Governor Wike has not failed the people of Rivers State.

He ascribed all that the governor has achieved in the past six years to the divine grace of God.