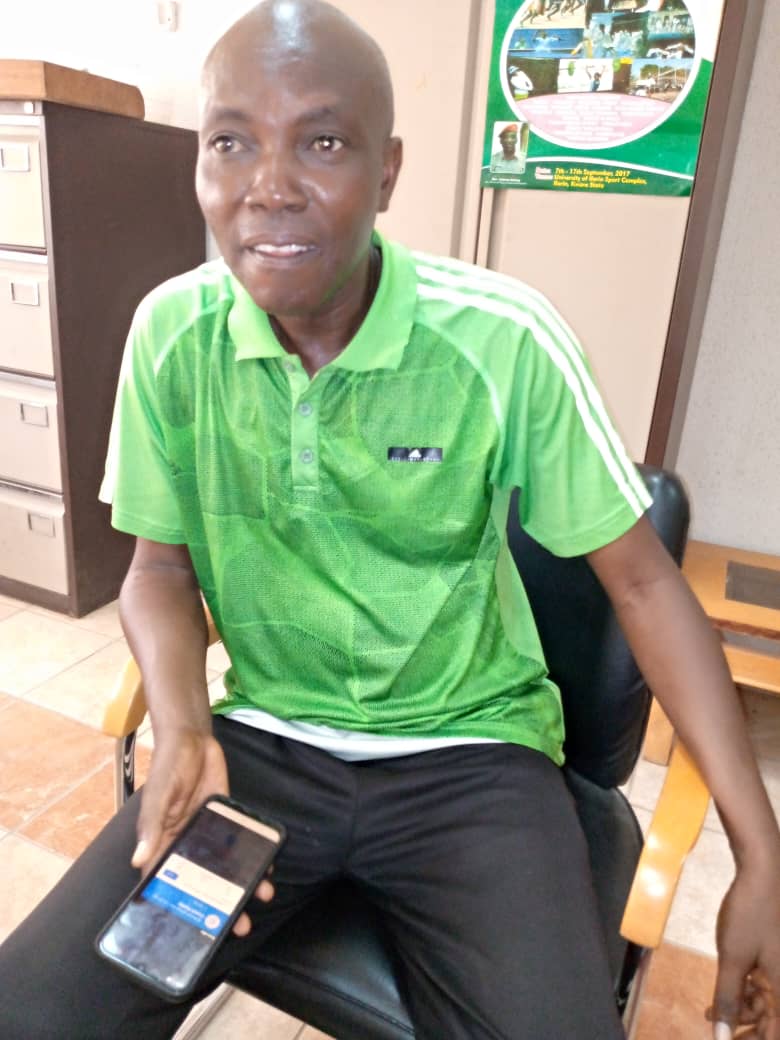 In less than a week, after his appointment as the Substantive Director of Sports Council in Taraba State, Coach George Shitta has been able to secured the North-east Under-17 female championship which is tagged “Mexico”.

Shitta disclosed this while fielding questions from our Correspondent on his blueprint as he assumed duty at the Sports Council in Jolly Nyame stadium Jalingo, the State capital, Northeast Nigeria.

He said, the championship that is called “Mexico” because that is where it will take place but players will be selected from the north-east zone to represent Nigeria in Mexico.

According to him, the event was supposed to take place in Bauchi State but he was abled to spoke with the President of Nigeria Volleyball Federation, Engr. Musa Nimrod on phone with the intervention of the National Coach who is also a Tarabian, Coach Jonna where the President gave the hosting right to the Taraba Sports Council and Taraba State Government.

“I have been in touch with almost all the Presidents of various Associations and Taraba will begin to see the National presence very soon.”

“When i called them, what i told them was just come to Taraba and i don’t want you to do anything but just to see the facilities on ground and from there i know you will do something yourself.”

“By September federation elections will be held for all sporting associations in the country, we were in Bauchi State where a stakeholder in the Basketball federation who coincidentally is the Permanent Secretary in Aso Rock, Mr. Tijjani Yusuf conveyed a meeting where were bargaining for federation because we have zonal representatives and we are trying to secure a zonal representative for Taraba State being it in the sporting in the Board of Sporting Association Federation in Nigeria.” Shitta revealed.

Another achievement recorded within few days of his appointment by Governor Darius Ishaku, George Shitta explained that when he visited handball cut on Wednesday 26th May, 2021, the players complained to him over lack of balls and other things and at the spot he called one of their zonal representatives who wants to represent the north-east zone at the federation which he promised to provide for them.

“I was at the Handball Cut yesterday and when the players complained o me that they don’t have balls and other things and coincidentally i had the GSM number of one of our zonal Representatives and when i called him i put him on loud speaker where there and then he promised to sends balls and even Jessis in the next three days, but the only thing is that he did not mention the number of balls and sets of Jessis he is going to send” Shitta added.

As a grassroot Coach before he became the Director of Sports Council, George Shitta also revealed that as part of his desire in moving the sports to a greater heights, before end of the year 2021 he assured that each functional sporting association in the state will organize either inter-primary or inter-secondary schools competition with a view to discover talents at the grassroots that will participate in the up coming Youths Game that will take place in Ilori, Kwara State.

“The youths game is for U-15, it means we have to go go back to the grassroot and i believe the Coaches knows the challenges, so we will nurture the young talents to greater heights and we expect much from them”.

“Like i said earlier, as a grassroot Coach, i produced the best team of Badminton in Nigeria among whom were the international player, Jimkam Efhraimu who won the National and African championships, so i will continue to expose young talents at the grassroots level. Said Shitta.

While appealing to the staff of the Council, the new Director stressed the need for all hands to be on deck and work hard to move the sports forward in the state.

“I have been a staff, i rose from rank to file, so my appointment as Director of the Sports Council is a challenge to all of us because i know everyone is happy that one of us is running sports in Taraba State, i appealed to all of us to put hands on deck and work very hard, and if we work hard we are going to succeed.”

“We have seen how we worked on Badminton and other sports, so it is not going to be an easy job but we will continue to work hard an move sports forward in Taraba State.” George Shitta reiterated.

Meanwhile, Record had shown that, George Shitta is the 5th substantive Directors of Sports Council in Taraba State.

Our Correspondent gathered that George Shitta received the official handing over document from the Secretary of the Council, Mark Magaji who served at acting capacity following the official retirement of the former Director of Sports Council, Mrs. Yosie Ayuba before the appointment of the substantive one.